There's much more to competitive eating than a bunch of people scarfing down hot dogs.

Competitive eating is one of those activities that you either love or hate. The idea that people could compete to see who can eat the most is a concept that reeks of gluttony to the point of it being nauseating. Despite that, it's a sport that's slowly gaining popularity and visibility in mainstream culture.

Though today's eating competitions seem like they may have been concocted by Oscar Mayer, the fact is that it's a sport that has been around for centuries - a claim that many more mainstream sports can't make.

How old are eating contests, really? 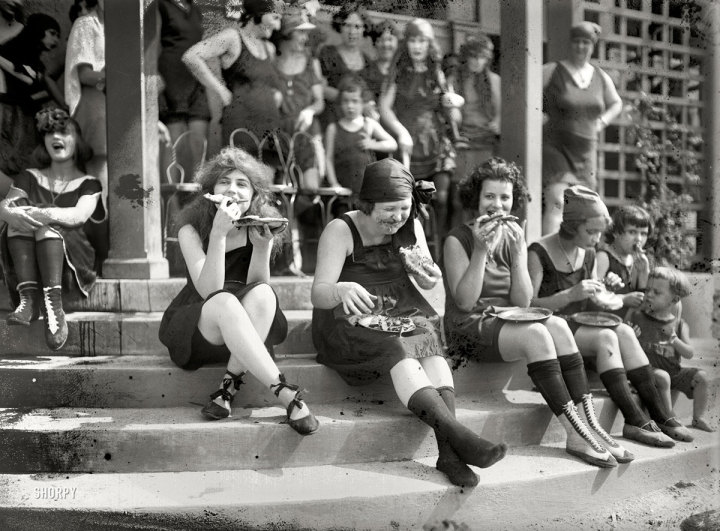 Throughout the majority of human history, food wasn't something that could go to waste. People didn't have many food storage methods and farming wasn't always as fruitful as one would hope it to be. As a result, most major feasts were events that were typically relegated to royalty, dignitaries, and the super rich of the times.

In many places throughout the world, feasts also may have signaled the opportunity to see who could eat the most food. However, there aren't many written records of eating contests happening prior to the 15th century.

That being said, one of the first recorded incidents of competitive eating didn't happen between people. Stories compiled in the 13th century anthology, Prose Edda, had discussed eating competitions between Norse gods Loki and Logi.

However, there were occasional accounts of people who gained national attention for their strange eating habits or their "bottomless pit" stomachs. One such account deals with a 17th century man by the name of Nicholas Wood, who would later be known as "The Great Eater of Kent."

Wood's unusual talent for gobbling up anything was discovered by English poet John Taylor. Amazed at seeing the man eat 60 eggs, a lamb shank, and multiple pies, Taylor began to write about Wood's appetite as a major marvel.

Wood himself had already gained a local rep for his bottomless stomach, and actually began to do tours of local fairs where he'd eat massive meals for other people's entertainment. And, he began to challenge people to outdo him in eating with poet Taylor as his manager.

Eventually, he was supposed to take a trip to London where he would go on tour. However, by the time that was supposed to happen, all of Wood's teeth had fallen out after he'd eaten a mutton shoulder - bone and all.

After Wood's retirement from the eating circuit, there wasn't much going on in terms of competitive eating for almost a century.

Competitive eating became popular during the middle of the 19th century.

Which meant that eating contests were now more doable than ever before.

Since electricity was still rather rare, many local fairs throughout the US began to feature eating contests as a way to entertain people. Many of these contests focused on local crops such as corn, watermelon, or apples; eventually, pies began to reign supreme as the competitive eating food of choice. 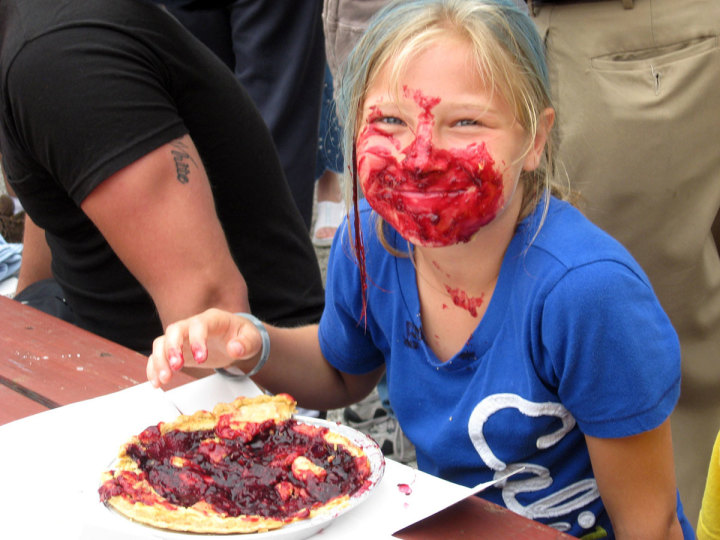 Competitive eating's link with all-American fun reached its height around the turn of the century. As a result, many people began to see it as a competitive sport with a hint of patriotism.

During World War I, soldiers entertained themselves and boosted morale using eating contests on base. Despite it technically being illegal, it wasn't frowned upon because it was considered to be such a huge symbol of patriotism among American soldiers.

It wasn't only soldiers that saw this trend as patriotic. Nathan's Famous, the Coney Island hot dog stand that later became a major fast food chain, began hosting its own hot dog eating contests to boost publicity for the chain in 1916.

A longstanding legend says that four immigrants decided to join an eating contest using Nathan's dogs to show who was the most patriotic - and that's how the contest began.

By the 1910s, competitive eating contests began to gain publicity by making contests that were extreme, exotic, and sometimes downright strange. For example, in 1919, New York Yankees player Ping Bodie pitted his spaghetti eating skills against an ostrich.

Eventually, restaurants and fast food joints around the country all began to host their own eating contests as publicity stunts. After a while, people began to lose interest, and the sport faded into obscurity for decades.

Two brothers, George and Richard Shea, were given the onus of overseeing the Nathan's Famous hot dog eating contest. As a way to promote it and as a partial joke on the event, the two founded the International Federation of Competitive Eating - and people actually got into it.

Along with being the official hosts of the Nathan's contest, the IFOCE became a major host for the National Buffalo Wing Festival's eating contest as well as a number of other different contests.

Eventually, eating contests became sponsored competitions, and people who entered them were earning some decent money. IFOCE changed its name to Major League Eating, and it continues to thrive today.

Nowadays, competitive eaters can get onto ESPN if they enter the right contest.

It's true. ESPN actually does televise a number of Major League Eating contests every year. Moreover, the league currently hosts anywhere from 80 to 100 different eating contests per year.

Like it or hate it, competitive eating looks like it's here to stay - and the people who do it seem to have fan bases of their own. Haters, eat your heart out.