by Kate McGovern 2 months ago in recipe

For the harassed and confused cook 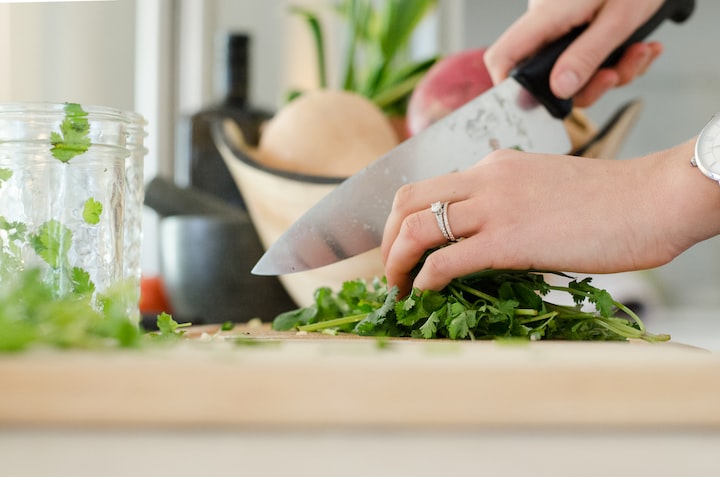 Photo by Alyson McPhee on Unsplash

There are many tried and trusted ways of making chicken soup, most of them involve a lengthy relationship with stock, chicken, and pot... and generally speaking that's the way it should be done.

Chicken soup is the stuff of comfort and nourishment and deserves to be cooked slowly and lovingly...

This soup however is my "Oh God! the children will be home soon I need to get some food on the table quick!!" version.

Clearly I'm not the harried mother of 7 who resorts to such a feeble excuse for housekeeping and cooking often.... but here's how to do it if you have to!

the back and neck of a chicken, two carrots left whole, an onion quartered, one fennel, cut in half, and a couple of sticks of celery along with it's leaves.

Everything gets thrown into a large cooking pot with a couple and a half litres of water, peppercorns are good if you have them, and then just leave it to come up to the boil, simmer and reduce a little.

Now if you're a clever and diligent cook you'll have some lovingly home made chicken stock lurking in the freezer to pep this up with before the end of cooking, otherwise, you can use some ready-made stock.

I cook my broth for about 45 minutes to an hour before taking out the veggies, adding some stock, and throwing in a couple of handfuls of vermicelli.

It then only takes minutes to finish. Obviously, it's done when the vermicelli is cooked and then you can either serve the broth clear or chop up the veggies and throw them back in again.

The latter is how I prefer to tease my children. They'd much prefer theirs the other way but I have to have some amusement when I'm eating, and watching them all dodging indiscriminate bits of soupy veg is as close as it comes in my house.

The dumplings are made by taking bread and soaking it in just enough milk for the bread to soak it up and become thick mush, you'll need to mulch it through your fingers at some point to break it down so while you're working up the stamina to do that, soften an onion in some oil till it's translucent and put a large pan of water on to boil.

You'll need some dry-ish breadcrumbs and an egg to bind your bread mush, so add those and your fried onions to the soaked bread, along with some finely chopped parsley, and lovingly form into little balls a bit smaller than a golf ball I guess. These babies will swell a little during cooking so unless you want something akin to a tennis ball floating in your soup, keep them moderately sized.

Make sure you have your pan of water on a rolling boil standing by, and then bravely throw the dumplings into the water and watch in horror as they grimly sink to the bottom then try to hold back the gasp of wonder and delight as they refloat to the surface again. Keep them boiling away for about 7-10 minutes, then fish them out and plop them in your soup.