When Parents Don't Turn Up To Supervised Visits.

by writemindmatters 5 months ago in parents
Report Story

Supporting your child when the parent is a no show. 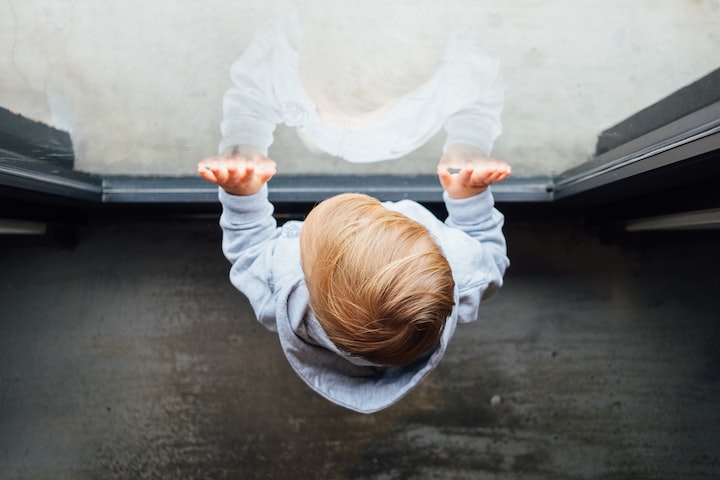 Photo by Paul Hanaoka on Unsplash

When the Family Court orders tax-payer funded court-supervised visits, they anticipate the parent will turn up and show up as the parent they presented themselves to be in court. From experience, they know that many do not turn up.

“The notion that infants must “know their mothers and fathers” and have meaningful relationships with both is contested territory when there are issues of violence and abuse.” — Cathy Humphreys and Meredith Kiraly.

In most cases, parents in these situations got there because they did not show up for their kids in the first place.

The law and individual situations vary considerably, though most countries share similar structures around supervision for parents, Jennifer Wolf explains it well in ‘How Supervised Visitation Works for Families.’

When a parent is safe, turns up to visits, keeps in contact when they can’t make it, shows genuine change and interest in the children at visits, that parent would be on the path to unsupervised contact with their children.

When a parent is not safe around the child, continuously postpones visits, doesn’t keep in contact regarding visits, and eventually stops turning up, that's automatic paid supervised visits only, aside from any further consequences for any breaches of protection and parenting orders.

It was my little girl’s second birthday when she had her first court-supervised visit with her father.

I thought, having not seen her for three months and him making such a fuss about the heartache of not seeing her, that it would be momentous, he would turn up presents in hand, a changed man.

He did turn up. The supervisor had to inform him it was her birthday. Nothing much was made of it.

My son was eight months at the first visit and a few months from two years old when the visits stopped.

Fortunately, at 8 months old, and only knowing his father on and off for the first few weeks, he was mostly unaffected.

In the end, after many painful attempts to triangulate me through the court and visits, paid court-supervised visits were ordered, and the kids could get some stability in their lives.

The paternal grandparents and an Aunty were to supervise once the paternal grandmother no longer perpetuated the violence that led to supervision. It took almost a year for her to stop manipulating lawyers and causing trouble, but once she played nice the children had weekly visits to get to know them while their father completed his set court-supervised visits.

When the first family supervised visit came around, I told the children’s paternal grandfather, who collected them, that I hadn’t told Miss 2 about her Dad being at the upcoming visit, he responded by saying, “Oh yes, in case he doesn’t turn up.”

I didn’t respond. I thought it was obvious that I said nothing because it would be an awesome surprise. I realize now that he knew his son better than I, and he was right. Eventually, he would stop turning up.

It soon becomes obvious, they’re not going to change. Parents like that prioritise themselves and not their children.

The first missed visit hurts, they’re already distraught, and this adds to the pain. The second time hurts more, and they expect to be let down the next time too. The next time still hurts, but by then, they’ve learned not to expect much.

The final missed visit is a difficult one because they don’t know it's final. It just stops, the waiting has no end, and it’s normally after a string of disappointments.

I wish I had a magic wand, but three years on, the kids are doing great, and I think these four things helped sprinkle a little bit of fairy dust in our lives when we needed it most.

You just can’t beat a hug. Separation is tough on families, especially the smallest members. Sometimes the best thing you can do is hug it out.

I’m a big fan of not letting go till they’re ready and sleeping with your babies.

2. Tell the truth as far as you know it.

Abusers want a reaction, so they ghost to provoke the other parent to respond emotionally, naturally upset. This often means that missed visits won’t be explained and that you will be left with an upset child you can’t console with any real answers.

Tell the truth. If you don’t know, you don’t know. It is not your job to explain the behavior of another grown adult. All you can do is allow your child to feel how they feel and let them know that you wanted the other parent to turn up for them too.

A reaction does not support your child and can only upset them further, do not play. Just be the soft and safe landing your child needs at this time. Leave the parent to play games with themselves, never your child.

Depending on your child's level of communication, ask lots of questions. This helps the child to think through what they’re feeling and gives you a chance to dig deeper too.

Christen Perry has written a great article full of fun questions to ask your toddler to help with their social development. While it doesn't specify how to deal with tough times such as missed visits, it will help you open up communication lines with your child to get a stronger perception of their feelings.

Because they’re coping with having a parent who has suddenly become unavailable, being present and available for your child is an even bigger priority than for most. They need your reassurance more than ever to help rebuild their self-esteem and develop resilience against any future emotional dysregulation.

Some parents will keep visits up for as long as it benefits them, but when others start to see through the act, they’ll drop off and either go full rage or ghost.

The goal for an abusive parent is to get full access to the children to carry on counter-parenting with the other parent and to use them and the children for narcissistic supply.

When co-parenting isn’t an option, parallel parenting, where parents limit their interactions, can reduce conflict risk.

You’ll know your child’s level of understanding, some three-year-olds are so articulate they frighten me, while others are content eating sand.

One thing that helped my daughter work through her feelings about her father was keeping a Dad bag.

Her Dad bag includes the few photos we had of him and lots of drawings she made for him, mainly back during visitation days.

Today, she rarely draws pictures or sits going through her Dad bag. Little man has a development delay and has just begun saying full sentences, so I’m not sure what he thinks about Dad’s yet. They’re both blessed with a doting brother and Uncles, so they seem to have a good perspective of what Dad’s might be like.

In many ways, we’ve all been blessed they were so young when the Family Court got involved. Another Jennifer Wolf article, How to Answer Kids’ Questions About Absent Fathers, provides some good specific examples of questions you might be asked about unavailable parents.

Everybody's situation is different, and so is every child. The most important thing for your child is that you are there for them, especially when the one other person that should be isn’t.

More stories from writemindmatters and writers in Families and other communities.