by writemindmatters 8 months ago in humanity
Report Story

A Glossary of common terms & phrases related to narcissism. 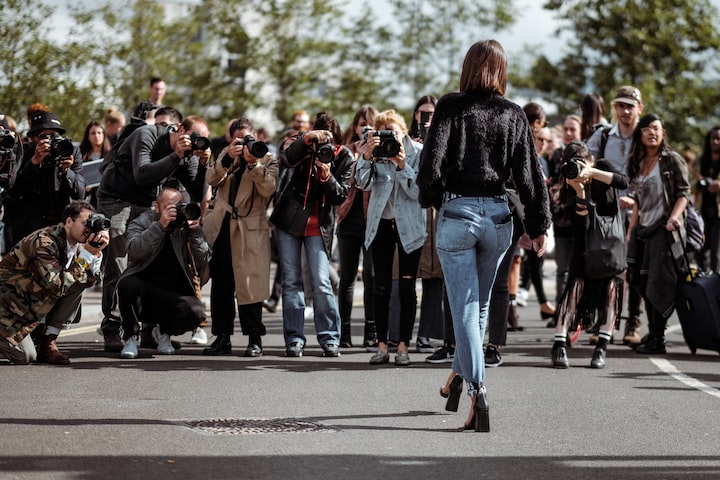 Whether it’s the world’s fascination with the antics of Trump or our preoccupation with the self and others, social media addiction, spirituality with all the self-proclaimed empaths and higher beings, or the general population’s slump in resilience; narcissists are the new psychopaths.

Signs You're With A Narcissist

You will find lists of 1 to 100 different signs you’re with a narcissist, including narcissistic traits, tactics, causes, favorite colors, right down to the shape of their eyebrows (Narcissistic Eyebrows).

In the 5th edition of the manual of mental disorders (DSM-V), the official word is that people with narcissistic personality disorder (NPD) are over-emotional, dramatic, and unpredictable with nine common traits such as lack of empathy, arrogance, and a heightened sense of entitlement.

Such traits lead to aggressive behaviors of control and manipulation that adversely affect their lives and the lives of those around them. The dark triad and big five models of personality similarly explain the pathology of NPD.

NPD traits and symptoms can be overt or covert; even close family and friends of covert narcissists may be unaware of their behaviors behind closed doors. In contrast, overt narcissists are more likely to have severely damaged or destroyed any close friend and family ties they had by adulthood.

Love bombing/Grooming- is the fast and intense pursuit of a person to secure narcissistic supply. Narcissists use many tactics, including mirroring, idealization, and excessive gifting of time, energy, and things to make their target feel loved but indebted.

Data Mining — is when the narcissists first encounter potential supply and gather as much information about the new potential from the person’s friends, family, acquaintances, neighbors, and even the local shopkeeper isn’t saved from the narcissist’s data mining tactics.

Mirroring- is when narcissists mimic the gestures, thoughts, behaviors, and values of their targets to establish a bond. While humans have evolved to do this naturally, narcissists mirror intensely and with manipulative intentions.

Narcissistic altruism- is the use of charitable deeds to groom then manipulate targets to believe they need the narcissist (Gabbard & Crisp-Han, 2016). Altruism is also used to exploit flying monkeys into triangulation (see below).

Idealize- is the first stage of love-bombing, a grooming tactic where a target for narcissistic supply is idealized, almost idolized using over-the-top compliments, gifting, and suggestions of a soulmate connection.

Devalue- follows the idealized stage of love bombing where the narcissist starts to devalue the target to destabilize them and bolster the narcissist's esteem. Idealization can follow a devalue when a narcissist is hoovering and not prepared for a discard.

Discard- follows the devalue stage and is the sudden unexpected departure of the narcissist, usually to a new or hoovered old supply.

Hoover- is used by narcissists to draw in old narcissistic supply when new supply is being discarded.

Stonewalling — This is using the silent treatment to avoid discussing or participating in constructive conversations.

Scapegoating — Using a specific person to lay all the blame on to for any problems in the narcissist's life.

The Narcissist in the Family

Codependent- The narcissist is co-dependent on supply for validation and those close to narcissists develop codependent behaviors to satisfy the narcissist.

Enabler- An enabler is a person that defends and encourages the narcissist's actions, often a parent or new supply. Enablers are also called flying monkeys.

Golden child- is the favoured child, praised and exonerated from fault, serves to make the narcissist look good and act as the example and competition for other children in the family.

Scapegoat- the child of a narcissist that takes the blame for their faults and the faults of the family.

Runner- the child that leaves the narcissistic family unit either temporarily or permanently.

Invisible/lost child- the child that is behind the scenes, almost neglected and serves little purpose to the narcissist, though can fulfil other roles when the golden and scapegoat children are not conforming or available.

Narcissistic abuse is the pattern of abusive tactics that narcissists use to manipulate and control another person.

CPTSD- is an acronym for complex post-traumatic stress disorder, often considered a symptom or cause of both narcissism and narcissistic abuse (Fernandez, 2019).

Gaslighting- is a manipulative crazy-making tactic used to cause a person to doubt their own perceptions, i.e., frequently moving a victim's things then stating, `How come you can´t remember putting that there?´ `Going crazy maybe?´

Word salad- is how narcissists respond to challenges and avoid taking responsibility for their actions, it involves incessant talking around subjects and never really getting to a point.

Triangulation- is the use of a third person or group of people to support the narcissist, often used to pass on information or manipulate the victim.

Flying monkeys- are the people narcissists recruit to support and justify their abuse, often used to triangulate and help spread smear campaigns (see below).

Projection- is projecting their own thoughts, feelings, or actions onto their victims through subtle suggestion or direct accusations. Also used to gaslight and hint at the narcissist's own wrong-doings.

Cognitive dissonance- is a symptom of narcissistic abuse, having conflicting thoughts and beliefs that cause confusion, shame, guilt, and distrust in one's own perceptions.

Disassociation- is a symptom of narcissistic abuse and narcissism where the person separates themselves emotionally from events, replacing the memory of it with something more suitable.

Narcissistic supply- are the people narcissists use to supply them with their esteem and validate their manipulative behaviors.

Trauma bonds- is the emotional attachment to an abuser that causes victims to defend the abuse and defy those who might try to come between the bond. The bond occurs due to grooming periods between the abuse causing cognitive dissonance and a belief the abuser can change.

Stockholm syndrome- is another term for a trauma bond named after a 1973 bank robbery in Sweden’s Stockholm where a strong bond developed between hostages and their captors.

Narcissistic injury- is an injury to the narcissist´s image or their false self causing them distress and leading to narcissistic rage.

Narcissistic rage- When a narcissist's true self is revealed through judgment or an expectation that they take responsibility for their actions, narcissists will go into a rage that includes either anger or silent treatment.

Smear campaign- Spreading lies about a particular person to smear their reputation among friends, family, and the wider community.

Most of the traits are above, though here are a few extras not yet mentioned.

Object permanence/ constancy- The cognitive ability, developed between the ages of 2 and 3, that recognizes objects still exist when they’re not seen or felt. People with NPD lack object constancy and can not recognize that relationships can be stable despite conflict, adding to their fear of abandonment.

Negative affect - the narcissistic tendency to have negative feelings about everything, particularly the people in their lives and their surroundings. Narcissists always think the grass is greener on the other side.

Splitting - This is one of many maladaptive coping mechanisms that narcissists use, also called black and white thinking, it refers to splitting all things into one or another so there is no grey area. Narcissists do not cope with grey areas, things must be either good or bad, happy or sad, right or wrong.

Disclaimer: The reference to empaths, people on a higher frequency, and Sheldon Cooper as narcissists is for entertainment purposes only.

More stories from writemindmatters and writers in Humans and other communities.