I Lost My Scissors at the Kabul Airport

by Beth Lewis 12 months ago in Embarrassment
Report Story 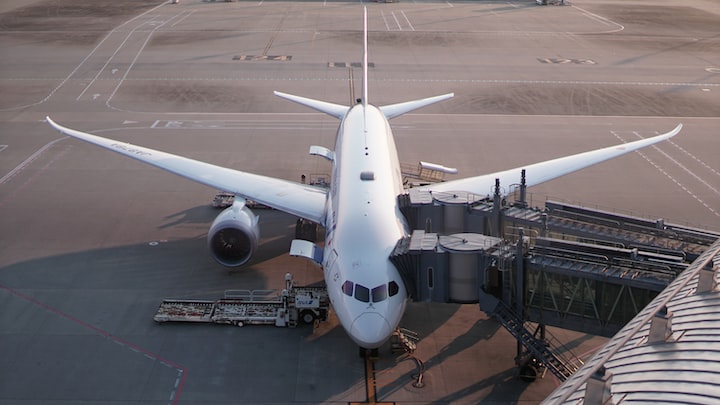 Photo by Ern Low on Unsplash

I always take a small knitting project with me when I travel: something light, with square wooden needles that don't fall out easily. A soft and bright project that brings me joy and comfort in unfamiliar places. They city of Kabul, Afghanistan, was just that kind of place. I went there with a small team to consult with instructors at a university and we planned to stay two weeks. In the middle of the winter in that mountainous city, we knew that cental heating didn't exist, that we would be restricted to our lodgings and place of work, and that we would have an armed security detail. We were required to wear headscarves to blend in with the local population. Arlene, our team leader, also informed me that since Afghanistan prohibits alcohol sales, but does permit foreign visitors to bring a small quantity with them, I was required to bring my full allotment in my luggage because there was nothing to do but drink in the evenings. So I packed extra fingering yarn. And I brought the wine.

I made so many socks on that trip, on the planes and during the long, cold evenings in Kabul. Little ankle socks in colorful self-striping wool on the same pattern than my mother had recently taught me. I had seen her knitting socks for years. She had given up mostly on doing other patterns and only made sturdy, warm woolens. I had asked her to teach me how to turn a heel just a year before the Afghanistan trip, and there I was, making sock after sock in the evenings. Knowing the pattern by heart meant that I could focus my attention on conversation with my teammates as we sat in our apartment sharing our wine.

On the day we left for home, we started out for the airport plenty early to allow time for all of the security checkpoints. Our Landrover passed the edge of the green zone where the Americans and their allies hunkered behind defenses. We moved along the wide boulevards where Arlene said many attacks had occurred, places we had avoided during our visit. The sense of threat grew as we approached the airport and progressed through checkpoints where we were required to get out of the Landrover and walk through while our baggage was sniffed by German shepherds and scanned by unsmiling security guards. We said goodbye to our security guards and walked the last quarter mile to the terminal where more security awaited us. After long lines for check-in and passport control, we had one last security checkpoint. This time, our carry-on bags were x-rayed.

Two frowning young security officers, a man and a woman, approached me and asked me to open my bag and remove my scissors. Up until this time, I had been unaware of my error. I always packed my scissors in my checked bag, but this time, when it was so crucial to get it right, I had forgotten to check my little craft scissors. They would not have been much of a weapon, really, but the guards were serious and threatening, even though they looked like they were not more than 18 years old. Why do you have scissors, they demanded to know. I pulled out the rest of the contents of my craft bag and showed them my sock-in-progress. The young woman's face relaxed ever so slightly, and she took my project to show her manager. The young man stayed to keep watch over me. When she returned, she had a shy smile on her face. She handed my bag over, minus the scissors, saying that her grandmother also liked to knit. The young man managed a friendly smile as well. I was so relieved that I didn't mind being compared to a grandmother. I like to think that my natural charm got me through that potentially serious situation, but really I know that it was because knitters around the world are connected in their craft.