The Psychology of Sad Songs

How Music Connects Us with Our Pain 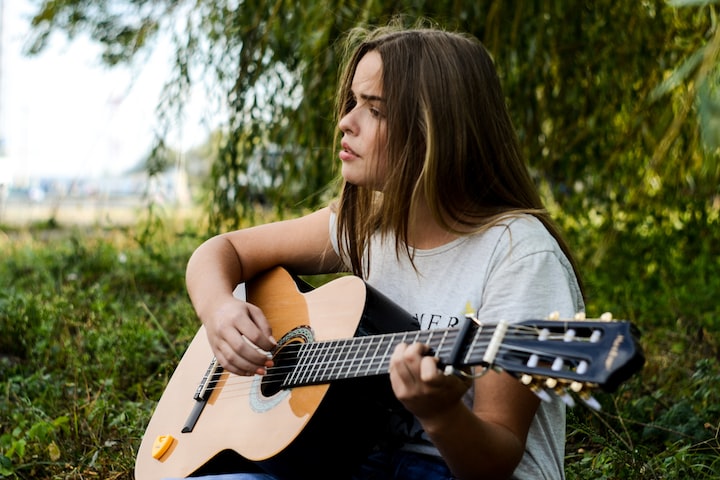 Photo by Mariana Vusiatytska on Unsplash

When all hope is gone, you know sad songs say so much. — Elton John

Sad songs have long been a staple in music, with many people turning to them in times of sadness or heartbreak. But why do we find solace in listening to songs that make us feel worse? Well, it turns out there are distinct psychological mechanisms behind our preference for sad music.

One theory is that sad music provides a sense of social connectedness. People who listened to sad music after experiencing a breakup typically report feeling less lonely and more connected to others who have experienced similar emotions. This may be because sad music allows us to express and process our emotions in a safe and controlled way.

Another reason why people may enjoy sad music is that it allows for the expression of emotions that may not be socially acceptable in everyday life. For example, it may be seen as weak or vulnerable to openly express feelings of sadness or heartbreak. Sad music allows for the expression of these emotions without fear of judgment or backlash. Additionally, it allows individuals to safely confront and process negative emotions, leading to a sense of resolution and closure.

In addition to providing emotional catharsis, sad music may also have cognitive benefits. Listening to sad music can lead to increased feelings of peacefulness and serenity, as well as increased mindfulness and self-awareness. This suggests that sad music may have a meditative effect, helping individuals to calm their thoughts and focus inward.

There is also evidence to suggest that sad music may have evolutionary roots. The use of music to express and cope with negative emotions is a universal human behavior, present in every known culture. This suggests that sad music may serve an adaptive function, helping individuals to cope with difficult situations and emotions.

However, it is important to note that the research related to this topic can be conflicting with some also indicating that there may be drawbacks to listening to sad music. For example, excessive exposure to sad music has been linked to an increased risk of depression. It is also possible that sad music may exacerbate negative emotions in individuals who are already experiencing high levels of stress or sadness.

Another aspect to consider in the psychology of sad music is the role of nostalgia. Nostalgia is a complex emotion that involves a longing for the past, often accompanied by feelings of sadness and loss. It is not uncommon for people to turn to sad music when feeling nostalgic, as the music may evoke memories and emotions associated with a past event or time period.

There is evidence to suggest that nostalgia can have both positive and negative effects on well-being. On the one hand, nostalgic reminiscing has been linked to increased feelings of social connectedness, self-esteem, and positive emotions. On the other hand, excessive nostalgia has been associated with decreased well-being and an inability to move on from the past.

Furthermore, the effects of nostalgia may be influenced by the valence of the memories being reminisced upon. That is, nostalgic memories that are predominantly positive may have a more positive impact on well-being, while those that are predominantly negative may have a more negative impact. This may help to explain why some people find sad music to be comforting, while others find it distressing.

From a micro perspective (i.e., focusing on the experience of a the individual), the way in which people respond to sad music may be related to their personality. Research has shown that certain personality traits are associated with a greater preference for sad music. For example, individuals who score high in openness to experience and agreeableness tend to have a greater preference for sad music. In addition, individuals who score high in neuroticism, or a tendency towards negative emotions and sensitivity to stress, may be more likely to turn to sad music as a way to cope with negative emotions.

These associations are generalizations and do not necessarily mean that individuals with certain personality traits are more likely to experience negative emotions or that sad music causes negative emotions. Rather, these associations suggest that individuals with certain personality traits may be more drawn to sad music and may find it more emotionally resonant.

Interestingly, music training and expertise may also play a critical role in the experience of sad music. Research has shown that individuals with music training tend to have a greater preference for sad music. This may be because individuals with this expertise have a greater understanding of the technical aspects of music, such as melody, harmony, and form, which allows them to more fully appreciate the emotional depth and complexity of sad music.

Conversely. from a macro perspective, the psychology of sad music is also dependent on the cultural context in which it is consumed. Different cultures may have different attitudes towards the expression and experience of negative emotions, which may impact the way in which sad music is perceived and used.

In collectivistic cultures, sad music may be used as a way to privately cope with negative emotions, as the open expression of emotions may be seen as disruptive to social harmony. In contrast, individuals in individualistic cultures may be more likely to use sad music as a way to openly express and share their emotions with others.

Of course, these cultural differences are not absolute, and there may be significant within-culture variability in the way in which individuals cope with negative emotions through music. However, understanding the cultural context in which sad music is consumed can provide insight into the psychological mechanisms behind its use and its potential effects on well-being.

As with most aspects of human behavior, the psychological mechanisms behind our preference for sad music are complex and multifaceted. Sad music may provide a sense of social connectedness, allow for the expression of emotions that may not be socially acceptable, serve as a form of self-regulation, and have evolutionary roots. However, it is important to be mindful of the potential drawbacks of listening to sad music, and to seek support if necessary.

More stories from Donna L. Roberts, PhD (Psych Pstuff) and writers in Beat and other communities.