by Katelyn Hunt 2 months ago in playlist

Want to get into that Halloween spirit, but aren't sure how? This playlist has the remedy for you! 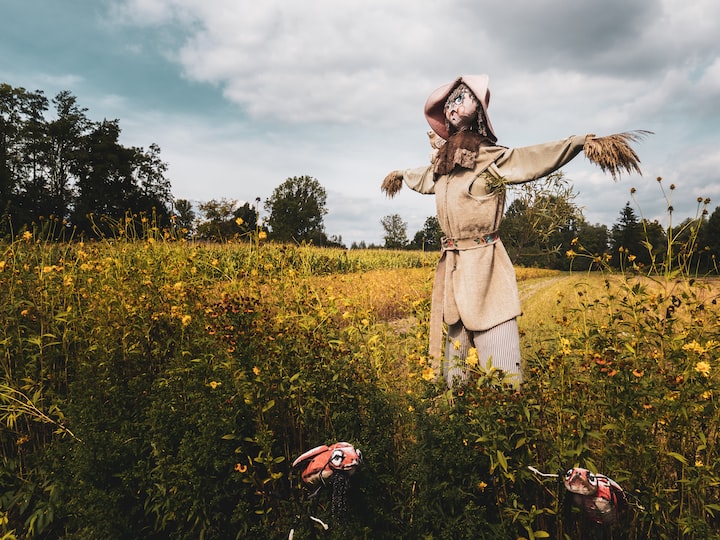 Photo by Mateusz Raczynski on Unsplash

Have you ever wanted to get that Halloween mood on, but did not know what would do the trick? Or maybe you simply do not enjoy the typical Halloween playlists and are looking for something more up your alley! In this playlist, you will find the top 5 country songs to listen to in order to get your spooky on! Ranging from missing bodies to roaming ghosts, here are your top 5 Halloween honky-tonk tunes!

Carrie Underwood’s “Two Black Cadillacs” features two young women who share a burning lust for revenge on the man who cheated and played with them both. As a wife and close “friend” would do, they show up at his funeral … only to walk away with tearless cheeks and crimson smiles … and I fear that there is no need to explain what landed the cheating husband on his death bed. This renowned song’s tempo and instrumental will send chills down your spine unlike any other, and it is perfect to play in the background of any Halloween party.

“no body, no crime” by Taylor Swift is a layered, mysterious conspiracy revolving around multiple murders. As the lyrics swirl into your conscience, you will not be able to stifle the feeling that someone is watching you. The overall sinister backdrop and tone of Swift’s voice are perfect for some Hollow’s Eve partying, and the album cover itself is set in the time of this spooky season.

David Allan Coe’s “The Ride” features the singer himself hitching a ride with the ghost of infamous Hank Williams—who is described as “half drunk” and “hollow-eyed”. The spookiest part about it is that it’s based on a “true” story claimed by Coe, but no one knows the truth around his story. The antique Cadillac that this ghost shows up in is none other than the car Hank Williams died in, confirming any doubts of the ghost’s identity. Between mysteries, conspiracies, summoning, and ghosts, you can’t go wrong with this country classic!

Here is another country classic: “Long Black Veil” by Lefty Frizzell. In this eerie song, the narrator is a man who is sentenced to death for a murder that he did not commit—but here is the catch. He has an alibi proving that he is not the killer, but that would reveal his affair outside of marriage, and he would rather die than confess to such a thing. The “Long Black Veil” describes what his widow wears as she visits her husband's funeral … and symbolizes the secrets that died with him.

Our final disturbing Halloween tune comes from a cover sang by Alison Krauss and Union Station entitled “Ghost in This House”. The narrator professes how, since the loss of either love or a loved one, she has been nothing but “a shadow on the walls” and empty inside. This is more of a slow and sad tune, but eerie and spooky nonetheless if this is the type of mood you are going for! Krauss’s tone of voice is smooth and candid, and the emotion you get from it makes you believe and empathize with every word she sings. Turn up this tune if you’re looking for a slower background noise for your Halloween party winding down!

And there you have it, the country-themed playlist perfect for a sinister Hollow’s Eve party, whether you are in the mood for something classic, modern, fast, slow, eerie, or mysterious! Depending on the atmosphere, this unique playlist has the song for you!

Feel free to check out any other stories you find on my profile, as your support would be greatly appreciated! Happy Halloween!

"I can shake off everything as I write; my sorrows disappear, my courage is reborn." -Anne Frank

Receive stories by Katelyn Hunt in your feed
Katelyn Hunt
Read next: Moroccan Hollywood Awaits Biggest Production Yet with Filming of the Musical Jason and the Arganauts Set to Begin Soon