by M.R. Cameo 2 years ago in playlist
Report Story

Whether Getting Over Heartbreak, Reveling in Yourself, or Just Conquering Life - This Playlist Has Got You Covered 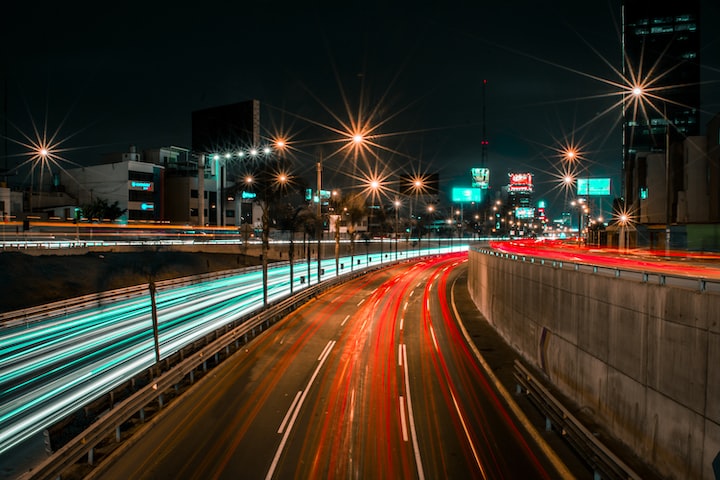 Photo by Eduardo Garcia on Unsplash

A classic revenge song to start with!

Forget your high society, I'm soakin' it in Kerosene

Light 'em up and watch them burn, teach 'em what they need to learn, ha

Dirty hands ain't made for shakin', ain't a rule that ain't worth breakin'

A rocking vengeance tune for those partners who tried to bring you down or spread lies about you.

They hated every part of me

Expect me to forget it

They tried so hard to bury me

But I survived it every time

When you want to let a narcissistic ex know how you really feel.

That you believe you could not be leave-able

That's when I have to say

A ballad for those who have been betrayed.

Just another bullet in the chamber

Whatcha gonna do when yo play with danger

For those with an ex who thought they could push you around with no consequences.

Slapped my face and he shook me like a rag doll

I'm gonna show him what a little girl's made of

The music video to this song is a classic moving on piece that showcases a woman (Alicia Silverstone) getting on with her life.

I was cryin' when I met you

Now I'm tryin' to forget you

Your love is sweet misery

I was cryin' when I met you

A reminder that relationships often leave scars whether mental or physical, always take those experiences and morph into a stronger version of yourself.

It's gonna leave a scar

Whatever doesn't kill you...

It's gonna leave a scar

When life feels to heavy and you need some motivation to keep going and/or focus on nonromantic goals, watch this amazing fan made music video featuring Agent Scully of the The X-Files.

There's so much more to know!

Such a feel good song about moving on, people come and go, no one is necessarily at fault, time to let go and just live your life.

I might as well go on and set her free, she's already turned me loose.

No fault, no blame, nobody done no wrong-

A profound closure song about bidding farewell and moving on for good.

Nothing but the Wheel - Peter Wolf

The ultimate moving on song. Whether from a relationship, a bad situation or an old life, this song will have you feeling an amazing fresh start.

An' let it that way baby, I can leave it all behind

And the only thing I know for sure

Is that you don't want me anymore

An' I'm holdin' on to nothing but the wheel

The ultimate song for wanderers who don't fare well being tied down.

But, if I stayed here with you girl

Things just couldn't be the same

'Cause I'm as free as a bird now

And this bird, you'll can not change

A song that reminds us that we are only human and make mistakes, but to always continue moving forward and try to do better everyday.

A groovy synthwave track to help you reminisce about, or get you amped up for those wild nights you'll be sure to have in the future.

Its the cars and the clubs

And the drinks and the girls and the drugs

I get lost in the life

I get lost in these Miami nights

Back in the Game - Airbourne

Time to pull yourself together and be on the top of your game, this song is is an anthem for coming back better than ever!

I'm back in the game

You better watch out

'Cause I'm back in the game

Keep Your Hands to Yourself - Georgia Satellites

An excellent southern rock ballad to help you express your feelings.

I said, "Honey, I'll live with you for the rest of my life"

She said, "No huggee, no kissee until you make me a wife"

My honey, my baby, don't put my love upon no shelf

She said, "Don't hand me no lines and keep your hands to yourself"

This Valentines Day you are just too sexy for a relationship!

Too sexy for Milan,

And I'm too sexy for your party

Too sexy for your party

U Can't Touch This - MC Hammer

You are in a whole other league, no one can touch you!

Either work hard or you might as well quit.

That's word, because, you know:

you should see me in a crown - Billie Ellish

Imagine yourself in a crown, become the ruler of your world. Check out this slick fan made video featuring Moriarty from BBC's Sherlock.

You should see me in a crown

I'm gonna run this nothing town

One by one by one

Exude confidence while blasting this conquer the world tune.

A seven nation army couldn't hold me back

They're gonna rip it off

Taking their time right behind my back

This power ballad reminds you that the only person you ever need in this world is yourself. Stop wasting time, seize the day!

An' here I go again on my own

Goin' down the only road I've ever known

Like a drifter I was born to walk alone

'Cos I know what it means

More stories from M.R. Cameo and writers in Beat and other communities.