My Height is Not My Identity

by L Ren 7 months ago in body

Why being a woman over 6' is more difficult than you think. 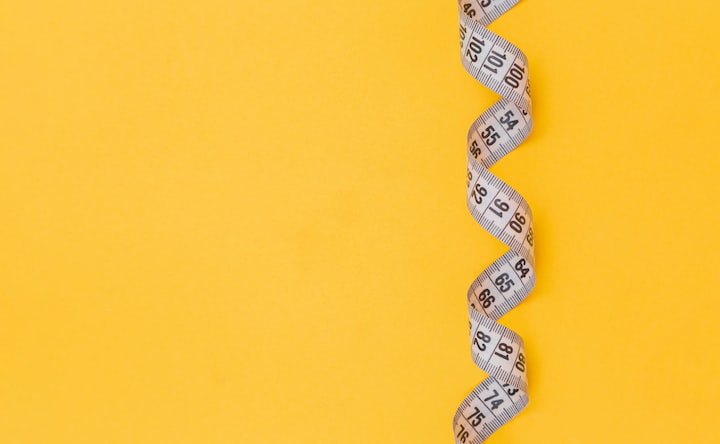 In men, height is usually an attractive quality to the opposite sex. If a man is tall, he must be an athelete. Football is everyone's best guess. And if he's not an athelete? Well, he still towers over most people. And thats a bonus, right? But why? Why do women like being the smaller of the two? Eve had one more rib than Adam, and yet, it is what we look for in men. More. More height. More muscle. More masculinity.

I know what you must be thinking. This article is supposed to be about women, right? So then why is this author seemingly criticizing the general archetype that most females find attractive in men?

My height is approximately seventy four inches. For those of you who read in feet, that's 6' 2". In centimeters? Thats nearly 188 cm. Forget women for a moment and think in terms of men. According to an article in the Economic Times that focuses on the height differences in corporate CEO's, 14.5% of the male population in the US is taller than six feet. That means that I am taller than 85% of all men in the United States. In a country where the average height of a woman is just under 5' 4", that's quite a feat.

I've been told that most women prefer tall men because they like to feel safe. Me? I feel safe as it is. I'm tall enough that I intimadate most people, even men. But you see, thats the problem. Society doesn't see me as a woman. Not really. I am not feminine because I'm tall. I'm not beautiful because I'm not skin and bones. I am large in every sense of the word. I am tall, curvy, intelligent, and outspoken. And because of all of this, I do not fall into the category of "female".

It hurts because I am a woman. I identify as female and all I've ever wanted was to be viewed as such. But like a ghost, my height follows me. It taunts me from behind and looms over every person I meet. It may seem inconsequential given today's world. To be sure, racism, sexism, transphobia and homophobia are far more problematic and cause hurt and violence no matter where you are. But this is my identity. I don't want to be judged and categorized based on something so inconsequential. Something I can't control in the slightest.

In American culture, height in a woman is not an attractive quality. Men don't seek out women who are over six foot. That extra rib God gave us? It's meaningless. Undervalued and unappreciated. There is nothing I can do about the way other people see me except for to try and get them to see something else. But a black sheep is always obvious in a herd of white. But if I were next to another black sheep? Well, that might not be so bad.

I am no different than any other woman. I like tall men. But my reasons for liking them are not common and they don't boil down to what is and isn't attractive. Perhaps it's petty. Perhaps it's vain. But I want to stand beside someone who makes me feel feminine for once in my life. And to me, that isn't such a bad thing.

Receive stories by L Ren in your feed
L Ren
Read next: The Escape to Find Happiness Part 1