A goddess with a mission 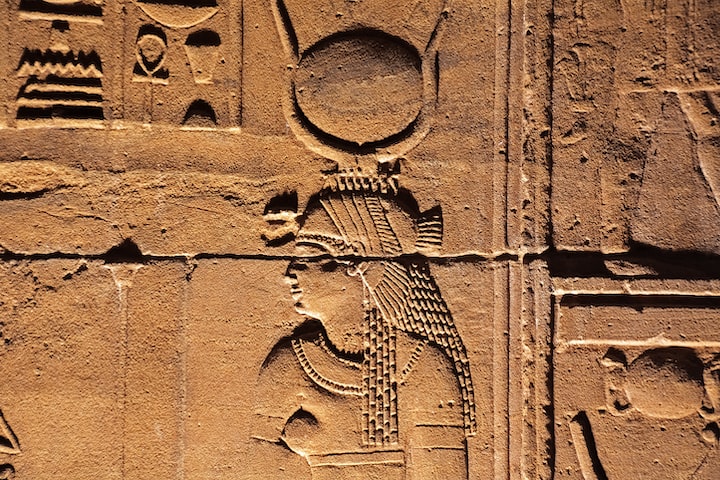 I am a huge fan of a large variety of fantasy worlds, but the fantasy world that had the greatest impact on me was one that I discovered through an old, obscure television series that I saw when I was a child. The series was a fantasy/adventure series called The Secrets of Isis. The fantasy world that existed in the series was so impactful because it gave me, as a young girl, a strong, powerful, intelligent role model to look up to. I actually have trouble finding other people who are familiar with The Secrets of Isis, but it was a very important part of my early years.

The Secrets of Isis series consisted of 22 episodes and lasted two seasons, running from 1975 to 1976. I didn’t see it when it first aired, but I remember watching episodes of it that came on in the afternoon with my sister when we were very young. The main character in the series was a woman named Andrea Thomas. She was a science teacher who dug up an Egyptian amulet that had been buried for 3,000 years. The amulet had been given to the pharaoh Hatshepsut by her royal sorcerer. Using the amulet, the goddess Isis gave Hatshepsut and her descendants the powers of the animals and the elements. This allowed them to fly and run really fast, made them really strong, and gave them the ability to control things like the wind, clouds, and rain among other things.

When Andrea Thomas finds the amulet she discovers that she is the heir to the powers bestowed by Isis. Andrea uses these powers to help people and fight crime by transforming into her alter-ego, Isis. She does this by touching the amulet and saying, “Oh mighty Isis.” Of course, the name Isis echoes several times when she does this, to demonstrate the power in the words. Andrea changes from a pretty young teacher with glasses to an embodiment of the goddess Isis. As Isis, Andrea has much longer hair with a little curl on each side of her face, a little extra makeup, a cute, short, sleeveless white dress, and a thick, black and gold collar with a matching belt, headband, and bracelets.

Each episode of The Secrets of Isis had a moral message that Isis reiterated in a segment at the end of the show. The message usually involved thinking about how you treat others, not stealing, or something along those lines. The episodes were only 30 minutes long, and always ended on a light note after the bad guy was stopped or captured. Life in The Secrets of Isis world was not always black and white, but the problem in the episode was always resolved and it made life seem neat and tidy.

Each time Isis used her powers she would say a phrase that rhymed. The most memorable phrase for me was the one she used to fly: “Oh Zephyr winds which blow on high, lift me now so I can fly.” After saying the phrase she lifted slowly off the ground and twirled as she rose into the air. While she was flying she held her arms out behind her. My sister and I used to run around the house with our arms out behind us, years before the “Naruto run” was a thing. We used to want to stand in the car exhaust when it was cold outside, because when Isis transformed there was a big cloud of smoke. We both really looked up to Isis and wanted to be her. Sadly, you couldn’t go to the store and get an Isis costume, so we just ran around using our imaginations to transform ourselves.

One of the things that made The Secrets of Isis so amazing was the fact that it was the first live-action TV series with a super-powered woman as the lead or title character. It came out just before Wonder Woman and about a year before The Bionic Woman, who were also both strong, inspiring women.

In addition to her amazing strength, beauty, and awesome goddess powers, Andrea/Isis was also very intelligent. She was a science teacher, which was a pretty cool thing to see on TV back then by itself. She was also really good at deflecting sexist comments in a non-aggressive way that made whoever said them look ridiculous as she saved the day. She also had a tendency to use people’s own wrongdoings against them in a way that would allow the person to see why it was wrong. The police always showed up just in time for the person to confess what they had done and be taken into custody.

The number of strong female heroes back then was pretty limited. When my cousins and my sister and I wanted to play superheroes there were never enough female superheroes for all the girls. We liked to play the “Superfriends” from the animated TV show from the DC Universe, but we always fought over who got to be Wonder Woman. Isis gave us another option, even though she wasn’t on the show. The disadvantage to bringing Isis in as an option was that then we both wanted to be her, because her powers were so cool.

I’ve watched a few episodes of The Secrets of Isis as an adult, and I have to admit that I was pretty embarrassed when I saw it again. The show is actually really cheesy by today’s standards and the special effects are about what you’d expect from an obscure 70’s TV series. In spite of all of that, though, I believe that the world that came to life in the series is one of the most inspiring fantasy worlds ever created. It gave young girls a hero to look up to and aspire to at a time when there were very few to choose from.

If you want to experience The Secrets of Isis for yourself you can find the first episode here.

Receive stories by Dawn Salois in your feed
Dawn Salois
Read next: The State