by Donny O'Neill 12 days ago in football 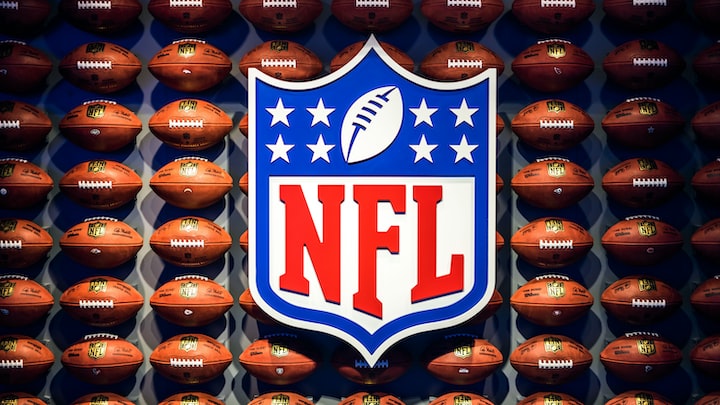 Photo by HENCE THE BOOM on Unsplash

When the New York Giants selected Georgia linebacker Tae Crowder with the 255th pick of the NFL Draft, the league’s first-ever remote draft came to a triumphant finish. After six weeks without sports, the event provided glimmering optimism that come September, things would be back to relative normalcy, and every team, player and fan would once again return to the quest for the Lombardi Trophy.

But in the days and weeks following the draft, we’ve settled back into the unknown. While the NFL has been stalwart in its intentions to hold the 2020 season, there’s no guarantee of that, and even the most optimistic plans involve empty stadiums, shortened schedules and game day relocation. And what happens now that the rookies have been assigned to their teams? There’s little chance of an offseason training regiment happening this summer, as resuming on-field, in-person training at team facilities will only be allowed when local mandates for all 32 teams allow for it. There’s a virtual component that’s been implemented, but that’s hardly the same. The NFL can expect a diluted group of new employees, less prepared physically and mentally for the rigors of a normal NFL season. The handcuffs are also placed on rookie head coaches. The new-hires for teams, generally with poor 2019 records, will have to navigate building a culture that fits their vision and coaching style virtually, which is not only unprecedented but seemingly impossible.

The road ahead for the NFL is steep and filled with pot-holes, and while the 2020 NFL Draft didn’t clear the muddy waters of what the upcoming season will look like, it delivered hope. The format and circumstances surrounding the virtual draft were abnormal, but the event gave people a sense of normalcy in unprecedented times.

The draft still gave us plenty of memorable moments on-par with anything from recent events in Nashville, Dallas or Philadelphia. There was Kliff Kingsbury lounging in his Tony Montana-esque bachelor pad and Jerry Jones conducting the Cowboys draft from his yacht; Isaiah Wilson’s mother reminding his girlfriend who the number one woman in his life is; Henry Ruggs donning a bathrobe as his draft attire; and Roger Goodell’s mid-draft wardrobe change, for instance. As usual, there were picks gifted to the NFL media from the content gods, notably the Green Bay Packers selecting Utah State quarterback Jordan Love as the heir-apparent to former MVP Aaron Rodgers. Or, the Philadelphia Eagles selecting Oklahoma quarterback Jalen Hurts to form a unique duo with franchise player Carson Wentz. And fans were given the ability to once again boo commissioner Roger Goodell, albeit through Zoom conference call. Ostensibly, the NFL Draft was normal, and that’s exactly what the 17.6 million viewers who tuned into the first round wanted during this pandemic.

The hope of a clean slate was still alive, too. The NFL Draft is a chance for fans of all teams to take a peek at the future of their teams, the direction they’re taking for the upcoming season and years beyond. It revitalizes the fanbases of bad teams those forced to sit through a season of constant losing and cheering for a basement dweller. What these fans miss out on in playoff berths, is made up for in early draft picks, when the best prospects litter the board and bring with them the expectation that their teams won’t be doormats anymore. For the Cincinnati Bengals, that player was LSU quarterback Joe Burrow, who just completed one of the best seasons in college football history, and is now tasked with leading the “Bungals” back into relevancy. Teams with middling records, perhaps carry with them the most hope, and watch on the edge of their seats, waiting for that top tier prospect to slip down the draft board into the waiting arms of their team. This year, it was Oklahoma’s CeeDee Lamb, touted by many draft analysts as the best wide receiver in the draft, who fell to the Dallas Cowboys at pick 17. Lamb promises to give “America’s Team” an offensive potency on-par with the defending Super Bowl champs, and improve on the team’s .500 record from a year ago. And the teams on top, already confident in their team’s makeup, look to fill the tiny holes that will take them from good to great, like the Baltimore Ravens snatching LSU linebacker Patrick Queen with the 28th pick. There’s hope for every team, player and fan during the NFL Draft.

Ironically, the normality of the draft provided an antidote to the boredom and Groundhog Day parallels that the nation has endured for almost two months. Its abnormality provided comfort. The NFL’s standing with its fans isn’t generally characterized as relatable, comparing the goings-on of a league made up of billionaire owners, superstar athletes and hyper-focused coaches with the general public is laughable. But for three days this April, 55 million viewers could relate with the NFL. Seeing normally robotic Bill Belichick have his dog, Nike, stand in for him during the Patriots’ picks, Roger Goodell announcing from his basement man cave, Adam Gase’s son solving a Rubik’s cube on-screen, Brian Flores’ two sons reacting to seeing themselves on TV, and the families of all the drafted players celebrating at home brought a distinctly human element to the draft that isn’t normally present. To witness this from the all-business NFL gave viewers the light amongst the darkness they desperately needed, and reminded them that humanity is all experiencing the effects of the pandemic together.

On May 9, the NFL will release the 2020 schedule of games to the public, which will bring another promise of business as usual to the viewing populace. The NFL has never been accused of being a shoulder to cry on, but regardless of the parameters of the pandemic-altered season—a delayed start, shortened schedule, empty stadiums or a championship run void of a victory parade—the NFL has promised us football, and that’s something people can hold onto. The 2020 NFL Draft provided no assuredness for the future, but it gave football fans comfort and a sense of normalcy, and while it will undoubtedly be a different NFL season, that comfort will likely remain.

Donny O'Neill is a storyteller based in the Front Range urban corridor of Colorado. His biggest passion is combining the written word with rich imagery to pull readers head-first into his storytelling.

See all posts by Donny O'Neill →

vinel smith
about a month ago

The INEOS 1:59 Challenge: Are Humans on the Verge of Outrunning Cars?

The ancient debate on whether or not man will ever be able to outrun cars has been rekindled after Eliud Kipchoge’s INEOS 1:59 history-making victory. The celebrated, record-breaking marathoner is now the first man to finish a 42 kilometers (26.2 miles) marathon race in less than two hours. That translates to an average speed of approximately 21 kilometers per hour (13.1 mph or 5.833 meters per second). So, are humans on the verge of outrunning cars?