NBA's floor is not ordinary

by Eddie_Blackwellqu about a year ago in basketball
Report Story

NBA's floor is not ordinary 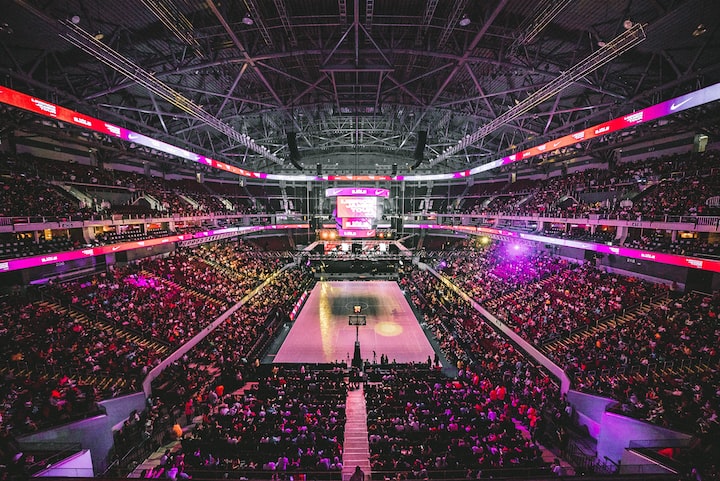 On the last day of 2015, the Lakers visited the Celtics. Kobe's career in the last visit to Boston's North Shore Garden Arena, the first time this season to take the "two double", a victory against the archrival, for Kobe is also considered a perfect ending. Before the game, Kobe also accepted a special gift from the Celtics: a piece of North Shore Garden home floor. On the decorated floor is also engraved with a small line: "In memory of your countless legendary performances on this floor - both enemies and friends of the Celtics."

Throughout the NBA's more than 60-year history, no player has ever received such a high-profile gift from another team. Construction of the North Shore Garden Arena began in 1993 and was officially opened in 1995. Some of the mahogany parquet flooring currently in use in the arena has even been there since the Celtics were founded in 1946. So, this piece of flooring as a gift, it is likely to have really witnessed every game of Kobe in this arena.

In fact, the floor used in the NBA arena is definitely not the usual goods, about these floors, there are many untold stories. nba arena flooring raw materials are the same: growing in the Midwest (mainly Wisconsin and Michigan) of the hard maple tree, latitude between 30 degrees to 40 degrees north latitude, the floor made of maple wood grown at this latitude, the most suitable for basketball games. If maple is grown too far south, the trees will grow too fast, resulting in loose wood and a lack of hardness and durability; grown too far north, the trees will grow too slowly, and the wood will be relatively too hard and less flexible.

The use of maple made of flooring in addition to the texture is hard enough to withstand a season of NBA games and about 70 times the process of disassembly and installation, there is a more important benefit: it is very good reflective. This not only makes it easier for players to judge the trajectory of the ball, but also makes the court appear brighter, giving viewers on the floor and in front of the TV a better viewing experience. Also, leather basketballs bounce off the maple floor with a good feel, making it easier for players to control the ball better. It is with this unique floor, we can see Curry as a player to perform a variety of unpredictable dribbling pass.

At present, the NBA major arena flooring are provided by three companies: Horner Flooring Company, Robbins Flooring Company and Conner Sports Flooring Company. These three major flooring companies are harvested from the same hard maple forest for raw materials. Among them, Robbins' biggest name customer is the Cavaliers and Conner Sports' biggest customer is the Warriors. Horner flooring company was founded in 1891, the oldest qualification in the three companies, although their customers are less and less famous (such as the Nuggets), but is a fixed flooring supplier for the All-Star Game every year, which has 30 years of history.

The NBA uses three levels of maple flooring, brightness and hardness step by step. If the team wants the floor to look brighter, the supplier will use more level 1 flooring; if the team wants the floor to have a hierarchy of brightness or needs other styles, the supplier also doesn't mind splicing the fixed size floor in advance to make the user satisfied with the specifications. Relatively speaking, the flooring of the game arena is of the best quality, although the flooring of the players' training hall is also provided by these three companies, but the quality will be relatively poor.