A Brief History of Muay Thai

RM
by Robert Milakovic 2 months ago in fighting 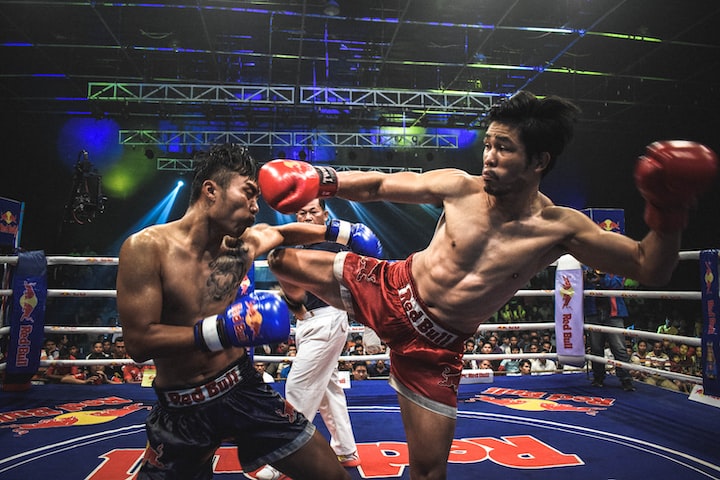 Photo by Pablo Rebolledo on Unsplash

Muay Thai or Thai boxing is a martial art created as a product of the constant conflicts of the Thai people on their way from their homeland (southeast China) to ​​present-day Thailand. Due to the constant clashes with other peoples of Indochina, there was a need for a martial art that would be learned quickly, and at the same time, was very applicable in almost constant conflicts on the borders. Initially, Thai boxing was taught as part of the so-called. "Warrior skills," which included fencing, spear handling, archery, and horseback riding, and among the oldest documents mentioning Thai boxing is a legend from 1548, about the boxing fight between the Thai King Naresuan and the Burmese King. Namely, a large Burmese army was preparing for an invasion of the Kingdom of Thailand. To avoid unnecessary casualties, the two kings arranged a boxing match. After several fighting hours, Prince Nereusan defeated the Burmese king and thus prevented the Burmese army from invading his homeland. By this act, Muay Thai has secured a place in the great heritage of Thailand's Kingdom's history.

But it experienced its real flowering at the beginning of the 18th century when Muay Thai was introduced as a compulsory subject in all schools of the then kingdom.

In more recent times, Thai boxing as a sport has been shaped since 1921, when during the reign of King Rama VI. a boxing stadium was built at the Suan Club College stadium where matches have been held every Sunday since then. Initially, the fighters fought bare-handed (bandages only), and the fights were scheduled for 11 rounds of 3 minutes each. But today, they fight in gloves (6Oz), and the maximum duration of the fight is 5 rounds with 2 minutes of rest. The rules remained almost intact. According to the rules, punches and kicks are allowed using knees, elbows, holding, pushing, and throwing (without levers), making it different from other similar sports (K1, kick boxing). Such rules require fighters a great degree of endurance and polyvalence in the mode of combat. The level of workload in fights is extremely high, so the top competitors of this sport have a reputation as martial "supermans," which they prove continuously in competitions like K1 because Muay Thai is represented by fighters like R. Bonaytski, E. Hoost, A. Ignashev, Kalookai, J.W. Paar, Pawook. After all, this year's winners of the K-max (competitors up to 72 kg) and K1 tournaments come from Thai boxing.

Today, the World Muay Thai Council is the world's umbrella organization committed to promoting sports and developing this skill. Within the WMTC, there are two organizations, IMTF and IFMA, which agreed to join the WMTF at a meeting in March last year. Since 1996, world and European amateur championships have been organized continuously using protection (body armor and protection for lower legs, elbows, and head), which brings significant growth in sports outside Thailand's borders. However, in professional Thai boxing, the quality is still concentrated in two stadiums in Thailand (Randjamen and Lumpini stadium) with several strong tournaments in the Netherlands, France, Japan, and Sweden. Recently, the SupeLeague project brings a big shift in the European framework. However, it is a modified rule (fight without the use of elbows with fewer restrictions on the knee). Still, many quality fighters and media coverage from Eurosport have significantly contributed to sports promotion.