by Heather O. 10 months ago in opinion

Opinions on the Hardcore Patriots 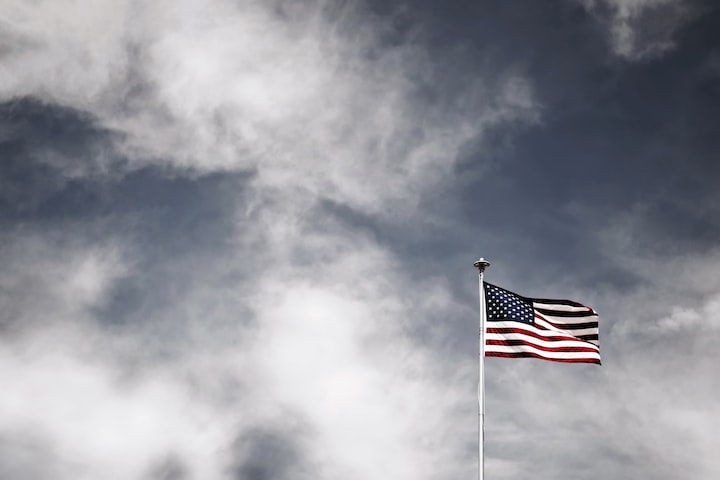 The pandemic is still lurking in our lands, but you can't work if you aren't essential and online classes isn't for everyone. Even for me because being able to be with other people, learning, doing projects together, or playing Magic: The Gathering is what humans do best, being with other humans! If you are those who happened to start off career-wise then we, unfortunately, get the short end of the stick and are last in line to receive the Covid-19 vaccine.

Of course, with all the free time to look up who's hiring despite what you've been studying in college or university, you are willing to take whatever is on the table. Alas, you must keep looking because you're unqualified or they just don't have enough spot open for our safety.

So what else could you do? Check up on the news, make friends on reddit, work on personal projects.

Speaking of the news, I've recently come across a NBC News (https://www.nbcnews.com/news/sports/dallas-mavericks-stop-playing-national-anthem-home-games-direction-owner-n1257259) article about NBA's issue with Dallas Mavericks for not playing the National Anthem. For laughs, I looked into how Fox News takes on this: No Surprise. Because sports and U.S. propaganda is "essential" to the welfare of the people.

Merrily days after the new years our U.S. Capital was insurrected by domestic terrorist because some people just really wanted their dear leader, Donald Trump, to remain as President of the United States of America. They carry the American flag but also the Confederate flag. They claim they are Pro-Police and yet by the end of their riot there were some officers down. Most of them were grown white men, young and old, who were allowed to tamper the historic buildings of our country with their guns, had it been people of color they wouldn't even be able to step foot inside.

Born and raised in America, the apparent cultures I've seen on a day to day basis is that what the people, or at least the hardcore patriots, crave for is sports, U.S. propaganda, and guns.

We also make money on these topics, say sports; we sell video games about sports, collectable sport player cards, figurines, etc.. During the pandemic, the elite sport players were treated with royalty and care so that companies like NBA can still run their live games and sell merch.

With a splash of U.S. propaganda, i.e.: pledge of allegiance, national anthem.

Guns; they are also in video games like Call of Duty, with the U.S. characters being the protagonist. Now, I'm not saying video games causes violence but the issue is how we encourage to fantasies being the 'gun wielding (American) hero', invading other territories (but if they invade our lands it would be bad), and trying to profit of that fantasy. Also, did you know that the NRA did blame video games for gun violence? (https://www.huffpost.com/entry/nra-video-games-gun-violence_n_2348219)

Now, not all patriots are corrupt but they can be if they were fed to believe in the 'American Culture' that I've explained. We must be real with ourselves that no culture is inherently good or that we should willingly conformed to it. But it all starts with a peace of mind and our youth, remember, we were groomed to incite the Pledge of Allegiance and we would be publicly shamed if we don't adhere to these traditions.

Remembering our history is important but that doesn't mean we should BECOME history. Pandemics comes and goes but so does tradition and culture. We should be encourage to explore new traditions without being threaten for not following our own. Schools should not enforce the pledge of allegiance on the young, and sports should not come with U.S. propaganda.

If you come this far thank you, and I hope you learned something!

Receive stories by Heather O. in your feed
Heather O.
Read next: Right or Wrong