by Badon Delmotte 22 days ago in trump

A letter to our "esteemed" president... 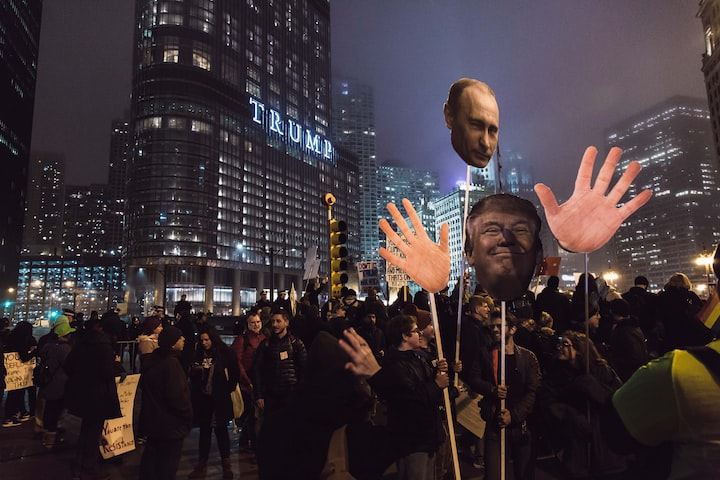 Photo by rob walsh on Unsplash

(forgive me if another writer used the above image)

***I find it fitting that my first post on Vocal should be about the 2020 election given today is election day.

Not that I've experienced many presidential elections in my 25 years of life (only 10 of which was spent even somewhat aware of politics), but I find that this election is perhaps one of the most polarizing. You've been known for your TV shows, catchphrases, sun tan, small hands, and legendary hair... Not many people expected you to win the 2016 presidential election -- myself included.

I won't pretend to know what you've done; the amount of bills you did/didn't pass, how you "fixed" the economy, or how you "Made America Great Again". Voters considered you a breath of fresh air. A business man who was going to break up the establishment and ensure that another career politician didn't take office. Unlike other candidates, aside from Bernie Sanders, you have spoken your mind.

What I do know however, is that ever since you ran for office, controversy has surrounded you (just as other presidents that have come before I suppose) . Examples include:

Of course, there are multitudes of other horrible acts committed by you before and during your time as president.

The thing I perhaps detest most about you however, is the fact that you've spread an un-quantifiable amount of hate and dissent amongst the American people. The president of these United States is meant to unify their country; to bridge the gap between them...regardless of sex, gender, race, ethnicity, social class, etc.

Was there a good reason for running for president? Did you really need to insert yourself and your despicable family into the history of this country? Was it necessary to present to your supporters a skewed view of this country and its people?

Sure, we democrats are liberal snowflakes that often care more about our feelings than the often crappy realities of the world we live in. We advocate for things that result in an increase in taxes, and often diverge from a more traditional view of the world and the morals that we live by. I can empathize with your supporters. They feel they're being attacked....,but I digress.

Your supporters preach hate...and you reinforce it. Posting on Twitter about this, that, and the third only inflamed your supporters to take action. But they didn't take action against discrimination, or anything remotely positive. They scream at innocent people because they're "not Americans", they berate their fellow citizens with false facts that you've injected into their brains, and they seem to be more then capable of worshipping you as their deity despite your insurmountable flaws.

I refuse to say your name (hence me addressing you as "Mango Mussolini").

Saying your name is akin to eating black mold.

I've adopted a series of new names for you. I hope you like them...I took them from one of my favorite comedians: Greg Proops.

Greg Proops, "The Smartest Man in the World"

Despite the fact that you're losing the popular and electoral votes as I write this at almost 2am EST Wednesday morning, I believe that you'll win the 2020 Presidential election.

However....I sincerely I hope that you lose.

One of your many, many ashamed citizens....

***If any readers of this letter hate to say our president's name as much as I do, feel free to adopt the nicknames written above (I don't think Greg would mind). I'll probably write about him in a later post of mine considering he changed some toxic aspects of my personality post high school and he helped me through hard times. Take a listen to his podcast "The Smartest Man in the World".

Here to post my thoughts/opinions on misc. things, and short stories/excerpts from screenplays.

I'm also part of a podcast:

See all posts by Badon Delmotte →