by Stacy Fender 4 months ago in army

My take on HALEY BRITZKY's report 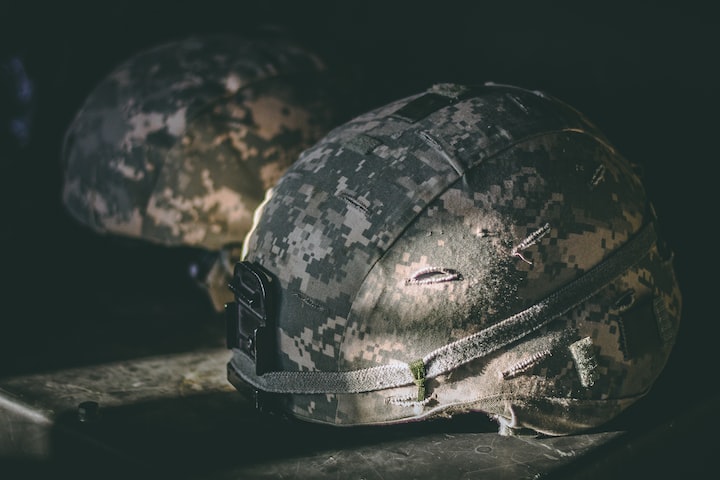 Photo by israel palacio on Unsplash

Let me give you the run down on what a Command Policy Letter really is. Its when the Higher ups in the Army, you know like the Sgt Maj, and the Colonel sit down and decide what to do with certain things, in this case its the soldiers who are sick in the field with Covid-19. They put out this policy and its for say if a soldier is sick, maybe they have it, maybe they don't, but what they are saying is if they are sick they should be quarantined. Which I do have to give them kudos for, I mean they are sorta trying.

Although what the military wont tell anyone outside the ranks, or any vets who are working as civilian contractors in the press for the military is that the Military is very, very, very LITERAL. In saying that, just because First Cav wrote it does not mean that everyone on base can go by it. Only First Cav soldiers, and only those in a specific unit, MOS, what have you. If you go and look at the policy it states for "All IRON HORSE" Units. Those are the infantry men, the guys in the tanks, the ones you see shooting off the Patriot Missals. That means nothing for other 50% of First Cav that there.

My unit was part of the Aviation Battalion. Which is like another 20% but I digress, this policy means nothing to our Battalion. So if we are out in the field we are S.O.L, we have to figure it out on our own, unless they sent one for our Battalion. Which usually they didn't until someone in the high ranks decides to go say something, but that would only happen if like over a certain % of the Battalion got Covid. Mind you I said Battalion, not company, not unit, not squad, I said Battalion.

Now that is a lot of people and First Cav has 4 Aviation Battalions, there is like 8-10,000 people in each Battalion. Well you get the drift, most of the time soldiers who are seen as sick are seen as lazy, loitering, causing problems instead of getting the job done. So yea, a lot of soldiers would go for a long time without medical care and not tell their Sgts for fear of being made fun of, being reprimanded, or flat out refused care by going to medical by the Sgt, which I have not only seen first hand by some of my Sgt's but also they have done it to me.

So this Command Policy Letter is nothing more then a band aid, like a little note saying to the Sgt's and the Command to tell those in the "IRONHORSE" Battalion that they can still treat their soldier how ever they want, just throw them on the other side of line, and during the day if they are not looking or acting sick then make them work and not just sit there. Cause its not like those who are sick need rest or anything, as long as the Sgt's think that person is faking they will make them work until they pass out, they honestly don't care.

God forbid profiles, which is something you get when you are sick or hurt, or there is something wrong with you. With this Covid, I know for a darn fact that if a Dr just puts Quarantine at home, the army literally takes that as the rest of the day. Or your Sgt and command does. The profile, or Quarters slip would have to literally say how many days on the slip, or else the soldier would be back at work the next day.

So I sincerely hope that these soldiers are actually getting the full 14 days, I hope when they are in the field and find out they are sick they actually get to go back home or to the barracks or the hospital and not out in the field getting everyone else sick. Although I have to face the fact that not all the soldiers will get that, they will be made to stay out because its summer time in the heat in the field, or in hot enclosed hangers, being sick and spreading germs all over the place.

I’m a divorced single mother. I am also an Army Veteran, a daughter to cancer survivor, I have been through hell an back. I know one thing, I have voice, and I’m ready to use it, I will no longer be afraid to share my stories to the world.

See all posts by Stacy Fender →