Why Does My Phone Think I Have ADHD?

by Vasi Best about a month ago in therapy

Targeted advertisements, online psychiatry & the algorithms are trying to tell me something. 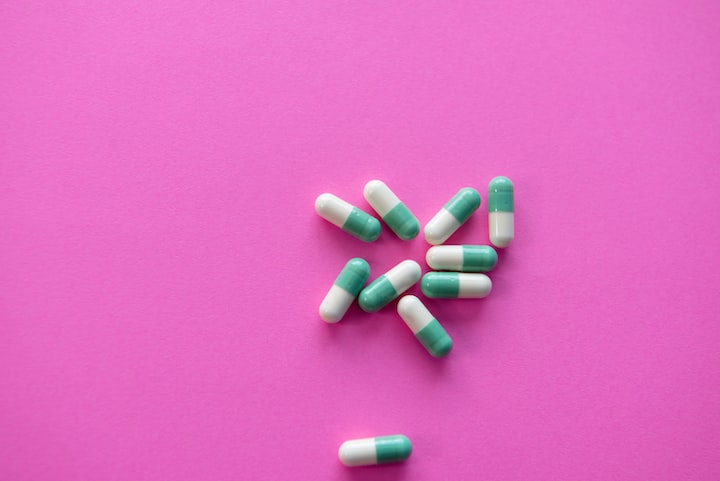 My TikTok feed suggested the first signs this past summer. My For You Page, a personalized home feed filled with mysteriously hyper-targeted videos, started showing me dancy videos with women who were diagnosed with ADHD later in life. This diagnosis changed their lives, was the missing piece they were looking for, and now they had to spread the word.

The fact that women are often overlooked when diagnosing attention disorders is true, with many women frequently only recognizing the symptoms in themselves after their child is diagnosed. Some of the symptoms the women were describing, including anxiety, rang a bell in me. Some of these videos are extremely popular, garnering millions of views, and piquing the attention of women like me. I’ve been getting these videos for months. But this couldn’t be me, could it?

As I digested video after video describing symptoms (some as vague as “mood swings”), I did some light research and jotted down a few questions to ask my psychiatrist. I didn’t really think that much of it, to be honest.

But soon, my socials feeds were inundated with posts advertising ADHD medications. Adderall pills surrounded by copy to “get prescribed for $60.” Ads to see virtual psychiatrists, all with quirky millennial marketing names like “Mood,” “GoodRx” and “Done.” I’ve even gotten ads for the medications themselves, like Vyvanse. Some of the Instagram pages are built out with a curated array of graphics, drawings and quotes, some seem not-so-legit. The point is, while some of them offered supplementary talk therapy, most were advertising getting medicated. If these services were something that I was looking for, the ads would be pretty effective.

I’m not the only one getting targeted with these kinds of ads. In a Washington Post article written in March 2020, author Nitasha Tiku describes how pharmaceutical and health companies have been using targeted social media advertising. These ads are becoming increasingly common, as “spending on Facebook mobile ads alone by pharmaceutical and health-care brands reached nearly a billion dollars in 2019, nearly tripling over two years, according to Pathmatics.” While pharmaceutical advertising is a uniquely American phenomenon, the part of this that really feels intrusive is the utilization of Facebook’s targeting technology. “The same opaque Facebook systems that help place an ad for a political campaign or a new shoe in a user’s feed also can be used by pharmaceutical companies, allowing them to target consumers who match certain characteristics or had visited a particular website in the past,” writes Tiku.

This is where I come in, or so my theory goes. You see, I’ve been taking an SSRI, Zoloft, prescribed by my psychiatrist for my worsening anxiety around the COVID-19 pandemic. I’ve been in therapy for years, which has worked wonders, but with my circumstances changing by the minute, I needed some extra help. Being new to the world of online health care, I was spending a lot of time online, searching my options for providers and medication. As anyone that has been on an SSRI knows, there are lots of options to choose from, all with unique side effects (fun!). The tracking robots inside the internet must have caught on that I was in the market for some medication.

Cue the onslaught of Instagram and Facebook ads offering me medication delivery, meditation apps, weighted blankets, essential oil diffusers, and more. If it crossed over into the “anxiety industry,” I was getting ads for it. These ads make sense to me, however intrusive they feel.

What these expansive social media targeting tools are failing to realize, though, is that medications are not candles, or bras, or unique crafts on Esty (items that, arguably, you can never have too many of). Psychiatric care is not an impulse purchase decision and needs to be taken very seriously, meaning, led by a doctor. Pills are not items that can be targeted to lookalike audiences of people that may have a general mental illness. This advertising is not only intrusive, but irresponsible. While I do think that allowing more people to access psychiatric care, especially those in underserved demographics that may have trouble getting to a traditional doctor, blatantly advertising pharmaceuticals as a cure to people’s problems is, frankly, false advertising.

therapy
Vasi Best
Read next: Never In the Cover of Night
Vasi Best

See all posts by Vasi Best →