What It Feels Like to Experience a Panic Attack

by Scott Ninneman about a month ago in recovery
Report Story

Three steps you can take to lessen their intensity. 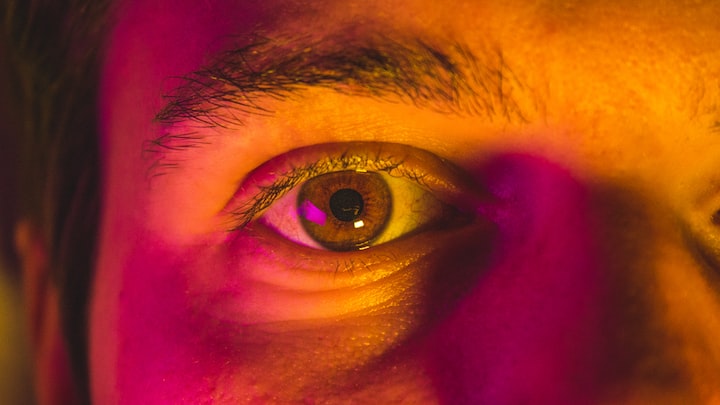 Photo by Diane Picchiottino on Unsplash

There was no air in my lungs. Struggle as I may, they refused to expand. Instantly, beads of sweat broke out over my entire body. My throat felt like it was swelling shut, and the sounds around me became increasingly muted. My vision blurred and then everything turned dark gray.

Was it an allergic reaction? No, it was my first experience with a full-blown panic attack. This is what it felt like and the steps I take to reduce the severity of future attacks.

What is a panic attack?

A panic attack is a sudden, intense experience of fear or anxiety that reaches a peak within minutes. It often includes physical symptoms such as a racing heart, shortness of breath, sweating, and trembling. For some people, the experience can be so overwhelming that it's difficult to think straight or function normally.

There is no one single cause of panic attacks, but they often occur in response to a trigger, such as a stressful event or an unpredictable situation. People with anxiety disorders are more susceptible to panic attacks, but anyone can experience one during a particularly difficult time.

How does it feel to experience a panic attack?

As I mentioned before, a panic attack is a sudden, intense feeling of fear that can be very overwhelming. For me, the best way to describe it is to imagine being suddenly dropped in front of your worst fear.

For example, think of a fear, say the fear of heights. You're standing near the edge of a high cliff, your senses on high alert due to your proximity to the danger. Then, someone pushes you forward. The terror flooding through your mind and full-body reaction to the fear - that's a muted version of what a panic attack feels like.

Panic attacks are worse than facing a fear because they can overtake you without warning and with no easily identifiable trigger. Often, there is a trigger, but nailing it down can be like trying to catch a greased pig.

Imagine you're enjoying Sunday dinner with you family. The smells of fresh yeast rolls and seasoned turkey fill the air, and the laughter is nearly deafening. All is right in the world, until a switch is flipped and your body believes it's standing on that cliff and being pushed closer to the edge.

Panic attacks can sneak up on you like a caveman with a club. In a second, everything goes wrong.

While the attack may only last a few minutes, when it subsides, you'll feel like you just ran a marathon. The first time, I couldn't even stand in the minutes that followed.

There is good news, though. You can learn to cope with anxiety and take steps to decrease the intensity of a panic attack.

Ways to lessen a panic attack

There are many ways to lessen the severity of a panic attack. One important step is recognizing the symptoms and knowing that you are not alone. When I opened up to others about my panic attacks, many of my friends shared similar stories.

Here are a few more tips for coping with panic attacks:

When you feel the first signs of a panic attack, take some deep breaths. This will help to calm your body and ease some of the symptoms, such as a racing heart.

Try to be mindful of all your senses. Verbally identify the things you can see, hear, smell, and feel. Often called grounding, this connection to the now will help keep you from spiraling away in the panic attack tornado.

If you can identify what triggers your panic attacks, you can be better prepared to deal with them. Once you know what to look for, you can start to take steps to avoid or reduce the intensity of your attacks.

The tool most beneficial in helping me identify my triggers is my journal. Writing about the event, how I felt right before the attack, and the emotions flooding through me after pointed to trends that kept reoccurring.

If you find that your panic attacks are affecting your quality of life, it may be time to seek professional help. A therapist can work with you to identify the root cause of your anxiety and develop a treatment plan to help you cope.

I have generalized anxiety disorder in addition to bipolar disorder. Medication is a necessity for my stability, but more is needed than a chemical intervention.

By exploring my panic attacks with a therapist, I was able to identify the similarities. Even though I didn't think there was a trigger, I found common threads that tied many of the attacks together.

Many of those threads led back to trauma from my past I needed to work through. That work, though excruciating, was invaluable in coping with my anxiety since.

While there is no one single cause of panic attacks, they often occur in response to a trigger, such as a stressful event or an unpredictable situation. People with anxiety disorders are more susceptible to panic attacks, but anyone can experience one during a particularly difficult time.

Panic attacks can be very overwhelming and frightening, but there are ways to cope with them. If you find that your panic attacks are affecting your quality of life, seek professional help. A therapist can work with you to develop a treatment plan to help you reduce the intensity and frequency of your attacks.

Do you struggle to start each day with a positive mindset?

Learn to banish your negative thinking with my free Speaking Bipolar Positivity Club. Each weekday lesson provides a focus topic, an inspiring story to illustrate the message, and journal prompts to help you dive deeper. The club is full of value for everyone but specifically written for those battling mental illness. Join today.

More stories from Scott Ninneman and writers in Psyche and other communities.