by Eliza Mae Winfree 4 months ago in stigma

A Note on Mental Health Awareness Month in Quarantine 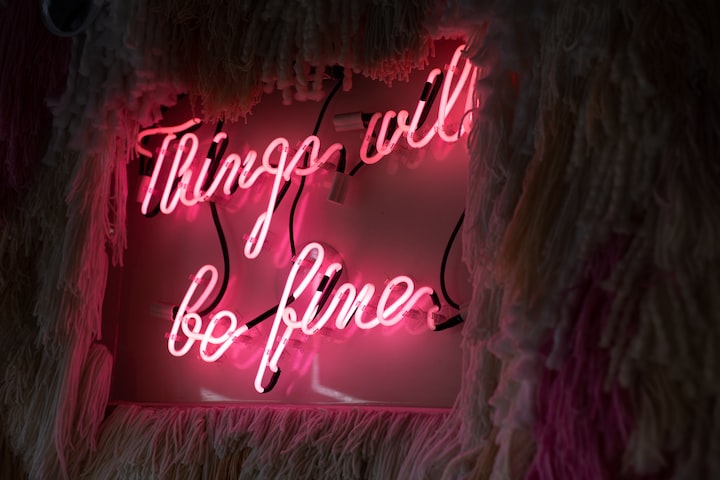 Photo by Matt Flores on Unsplash

May is mental health awareness month and I, your obnoxiously woke friend, haven’t said anything about it. I’ve felt very self conscious about it, not because I have an “it” to talk about, but because I suddenly feel very inadequate. Who did I think I was to try to articulate any of the complexities of living with a mental illness? Why did I want to start talking about this in public and set myself any expectation to live up to? All I am now is a diagnosis, and, depending on who you are, that’s maybe not a good thing.

But here’s the thing. I really, really don’t want to be that person who’s just their diagnosis. And I’m a firm believer that everyone is more than any stigma they face from within or without. But I also know that sometimes illness and trauma can become familiar and create an environment of comfortable toxicity. And sometimes change is hard. Even so, I want to be more than the brave, unstable girl who’s willing to admit I’m a whole human being (fun fact: said that in a meeting one time; did not go well for me).

I look at my diagnoses like a filter through which everything else has to flow. It’s part of me, and it informs my decisions, but it doesn’t get to have the final say. I’m the boss (I have underwear that says this, so, you know. I’m important). There are a million things I want to do, places I want to go, people I’d love to meet, and I don’t want to be limited by the fact that my brain short circuits sometimes. More importantly, I don’t want to be limited by someone else’s perception if that perception is disproportionately shaped by my mental illness.

I don’t say this because I’m ashamed of my diagnoses. I’m not. I think that, in many cases, people who have diagnoses are some of the most empathetic, kind, and intuitive. I can attest to the fact that my experiences with my mental illnesses have given me a chance to expand my understanding of what it means to be a human. I’m forever grateful for those experiences. But, when someone hears my name, I don’t want their first thought to be “the one who almost killed herself and won’t shut up about it.”

And then there’s the other side. What if I stop taking it seriously enough? Once you tell your story, it seems like you gain a certain responsibility. I’ve had several people reach out to me, and I’m thankful they all have, but I ended up finding out more people paid attention that I realized. My words affected people more than I thought and in serious ways, so what happens if I say the wrong thing? If we all belong to each other, then we have an obligation to be conscious of the effects of our actions. I don’t want to say the wrong thing.

But what is the right thing? And what’s the right thing right now? What in the hell is the right thing to say in a pandemic that hasn’t been said that would mean anything at all? Am I not taking it seriously if I tell you I’m not freaking out? I have PTSD. I’ve had depression since I was a child. My body is always prepared for a disaster. I have been “waiting for things to get better” since I was about 8 years old. What’s new?

Everything fun I had planned this year got cancelled and I have no friends. This has been the plot since 6th grade, baby. You’re talking to a rom-com level underdog, except the rom- part is me getting raped and the comedy is me making jokes about it as a defense mechanism.

I thought the end of the world would feel like that pit in your stomach that comes when you realize you’re trying to save the day and slowly realize it’s over. But it turns out it just feels a lot like middle school, sitting in my room, waiting for something to happen.

It feels wrong to be filled with ennui while millions are dying. At the same time, it feels like I’m not doing enough with my time. I have always felt like I am caught between worlds. Either too much or not enough. Right now, I am not depressed enough for concern, but I’m not productive enough to be inspiring. I’m just existing. I’m just waiting.

I have a theory that a lot more of us are just waiting than we want to admit, but we are all a little worried about being the first one to say anything. Everybody really wants to look well curated, and what’s well curated about a bumbling sense of uncertainty? Brands aren’t built with guesswork, and if we want to be successful, we have to sell our brands well. It was earth shattering when Michael Phelps admitted he got therapy. Imagine if everyone got really honest about what was going on upstairs.

I started writing this because I felt like it was weird that I hadn’t said anything. I’m not sure if this was better than being quiet, but it is nice to articulate the weirdness. In the meantime, I’ll still be trying to figure out the Next Right Thing, watching birds, drinking coffee. Just waiting.

My name is Eliza. The words "delightful" and "mess" have been used to describe me (in the same sentence). I write about music, mental health, politics, pop culture, and pop history. I love folk music, puppies, hot coffee, and poems.