Understanding All Anger is Self Anger Can Save You from Yourself

by Jamie Jackson about a year ago in selfcare
Report Story

Reframing the power of this destructive emotion 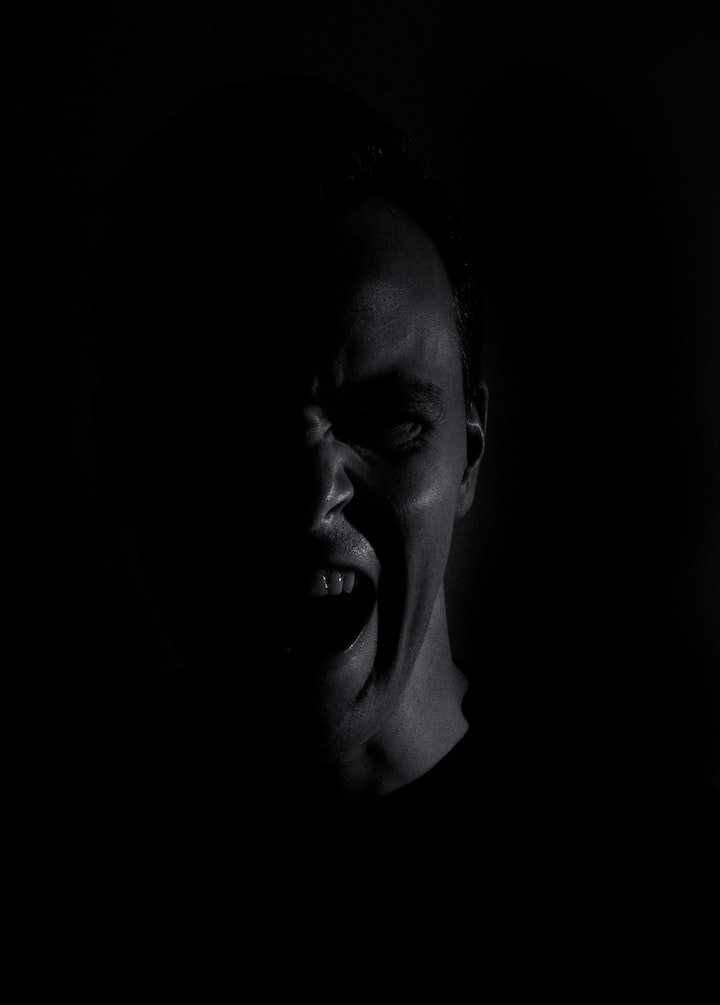 Photo by Marina Kazmirova on Unsplash

At times I have been so angry I've wanted to smash up rooms, destroy chairs and tables, pull down closets and shatter pictures with my fists.

Sometimes I have done just that; I obliterated a bedroom door with a bat, I punched a fist-shaped hole in a plaster wall, I’ve pulverised inanimate objects.

I have gone further too. In fury, I’ve self-harmed with a knife, the pain a release from my fit of pique. Years later, scars up and down my forearms remain from those blood-soaked sessions with the blade, when my anger turned inward, upon myself.

Other times, I have simply wished harm on those who I perceived had done me wrong. I’ve harboured grudges when the people in question probably forgot I even existed. Such is the futile nature of anger.

To be clear, these outbursts aren’t frequent, they’re exceptional and sporadic. I am not a fighter, nor a bully, but I am a man with testosterone running through my veins and insecurities on my back that very occasionally spill over into fury.

Anger pretends to give you certainty when really it's self-destructive and chaotic. It transports us to unfamiliar and foreign lands where we no longer recognise ourselves, before perhaps doing something out of character and then returning, full of apologies, claiming “This isn’t who I am, I don’t know what came over me.”

As the years have passed, I’ve managed to control my anger, though it’s been a long, hard-earned process.

3) Understanding all anger is self-anger.

Regarding wisdom, time does wonders for mental clarity, it shows us all things do in fact pass, it provides a wider perspective withheld from younger folk. When people say "Grow up," what they are really asking is for the wisdom and forethought not to act so recklessly.

Regarding point 2, congruence, we act less recklessly when life becomes more in line without our desires. Anger is never far away from hardship, and the men and women who toil in unhappy lives visit it often, both voluntarily and involuntary. Dropping the things that make you unhappy — whether that be bad friends, bad jobs or bad thought patterns — is a slow manoeuvre away from anger.

The more simple you make your life, the more you will find yourself, find congruence and find peace.

And it is this that leads to the third point, the epiphany I had regarding anger...

Anger is a twisted, self-referential emotion born from fear and feelings of inferiority. School shooters in America are always the powerless individuals who were bullied or socially isolated.

Anger always comes from displaced emotion and weakness, a snapping point where control is lost.

The 19-year-old who shot up the Gilroy Garlic Festival in California in July 2019, when asked why he did it, explained: “Because I’m really angry.”

Most of us don’t pick up a gun when angry, but I’ve taken leave of my senses before and picked up a knife to attack myself. And this is what anger is, an attack on the self.

I look back at my younger years and wonder how much time I wasted and how much damage I wreaked being angry.

“Anger, it's a paralyzing emotion, you can't get anything done. People sort of think it's an interesting, passionate, and igniting feeling — I don't think it's any of that — it's helpless, it's absence of control." - Toni Morrison (Nobel Prize Winner for Literature)

Anger is a useless emotion, never morphed or transposed into something helpful, rather manifesting itself in personal destruction, but we embrace it anyhow because it makes us feel a false sense of power and certainty.

At the time of writing this article, I'd just broken two soap bottles in anger. My family came in from a walk and due to Covid and my general history of OCD (that has long departed but shadows remain), my anxiety was up. I needed to get soap before children's hands covered in imaginary (and perhaps real) germs started touching bannisters and door handles and whatever else my mind could picture in a Rolodex of anxiety.

The soap was cheap and the bottles wouldn't open. I ended up snapping them in half to get the liquid out like some kind of idiot.

I wasn’t really angry, I was anxious. Anger is always a secondary emotion.

It is OK to get angry because we all do it. It's a valid human emotion. Rather, the real challenge is not eliminating this beast, but managing it day to day, minimising it, not glorifying it. There is nothing masculine about anger, it is a lack of self-control when angry seeps through.

Most pertinently, anger mocks the flesh on which it feeds, it masquerades as certainty and solution, it pretends to be power, when in fact it is none of these things. Ultimately, anger is always about the self. All anger is self-anger.

Yet it is possible to control anger, to let go of hate, to stop blaming others, but it takes work. It takes forgiveness, especially in oneself. This inner work is hard and ongoing, but, as I can testify, possible. Also, I ask you, is there any better effort expended than to free yourself from anger's insidious grip and be happier?

More stories from Jamie Jackson and writers in Psyche and other communities.