there's a mouse in my laundry

by Jules Berndt 5 months ago in trauma

I found a mouse in my laundry once. And it was dead. 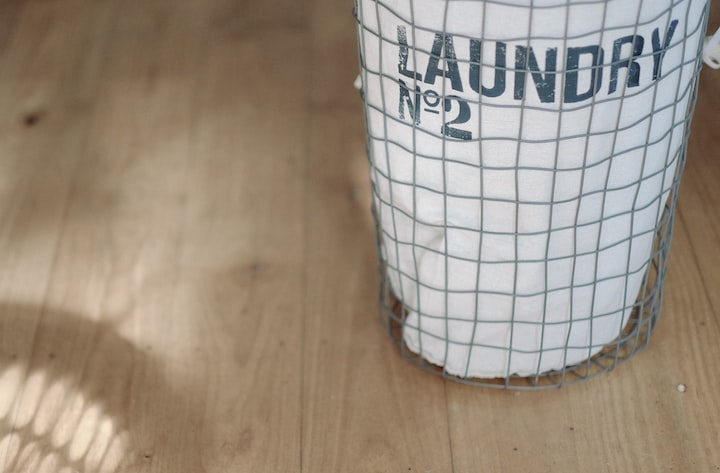 Photo by Andy Fitzsimon on Unsplash

There’s a mouse in my laundry. It’s dead. The question is, was it dead already when I set the machine on delicate cold and let it run, or did it drown in the subsequent load? Was it even there when I first dumped my clothes in?

It had to be. It couldn’t have gotten in after I shut the lid, could it? And it certainly wasn’t with my clothes. I had to sort through all of them individually and there was definitely no mouse hidden in their folds.

I guess it was just there. I opened the lid...or maybe it was already open? I can’t remember. I blindly dumped my load in, poured in the soap, and closed it up. I came back forty minutes later to transfer everything to the dryer when I found it.

At first, I caught it out of the corner of my eye as I was pulling out my clothes. I thought it was a wayward sock. Even after getting a good look, I still reached for it, ready to throw that into the dryer as well, until my mind finally caught up to my eyes and I realized that a pink tail, frazzled grey fur, and black, dead eyes are certainly not something nice and comfy to put on my feet.

The eyes were the worst part. They weren’t closed shut like dead things usually are, but instead bulging out of its face and far larger than they had any right to be. It made me wonder if it really was dead, or if it was simply waiting for a chance to escape. I expected it to move, but it didn’t.

For a moment, I almost thought it was a toy. It wouldn’t be the first time weird things have found their way into the wash. Except the only things that play with stuffed mice are cats, and we don’t own a cat.

It kind of looked like Remy from Ratatouille. Except Remy is a rat, not a mouse. Is this a rat? What’s the difference? Rats are worse, right?

It was with this thought that I finally, finally realized what I was looking at. I knew, of course, that it was a mouse, and it was dead, and it was in the wash. For a few split seconds, all I could do was stare and wonder what to do with it until the rational part of my brain was overridden by sheer disgust and mania. And that’s when the scream left my lips.

This wasn’t a normal shout, or even a cry for help. It was raw, unfiltered fear, and so when my mom called back with just as much panic, probably thinking I’d hurt myself or worse, I was taken aback for a moment.

I expected her to understand immediately, to just know and come fix the problem. I didn’t think she’d need an explanation or anything, and I almost didn’t know how to respond.

“THERE’S A MOUSE IN THE WASH!” By this point, I’m in another room, my mom has made it downstairs, significantly calmed down now that she realizes that there’s no immediate danger, her phone still on with my aunt on the other line wondering what the ruckus was about.

“THERE’S A MOUSE IN THE WASHING MACHINE! MY CLOTHES WERE IN THERE!”

My mom gets rid of the mouse. My dad gets home a few minutes later and she tells him about it. Everything is fine again, but I’m still shaking, tears clinging to the corners of my eyes.

I know I am. I shouldn’t be this upset. The mouse is gone, I can wash my clothes again, it will be like it never happened. But it did happen.

If my brother had found the mouse, I wouldn’t have cared so much. I’d be a little wary of the washing machine for a while, always being sure to check before dumping things in, but that’d be it. But it wasn’t my brother who found it, it was me.

It was in my personal space and it was disgusting. The sight of it alone was gross enough. I’ve encountered mice before, both of the dead and alive variety. I’ve even seen rats, the big ugly ones that look like they’re halfway to being some kind of Batman villain. But this was different.

It was gross, plain and simple. And I almost touched it…

I’m being irrational about all this, but. Well.

There was a dead mouse in my laundry. So I think a little irrationality is allowed. At least for now. Just for a little while.

Receive stories by Jules Berndt in your feed
Jules Berndt
Read next: I Wore the Spire Stone At Work for A Week and It Actually Helped My Anxiety