The Truth Shall Set You Free and Make Everybody Hate You

by Mona Lazar 2 months ago in coping
Report Story

How to counteract the negative effects of always being honest. 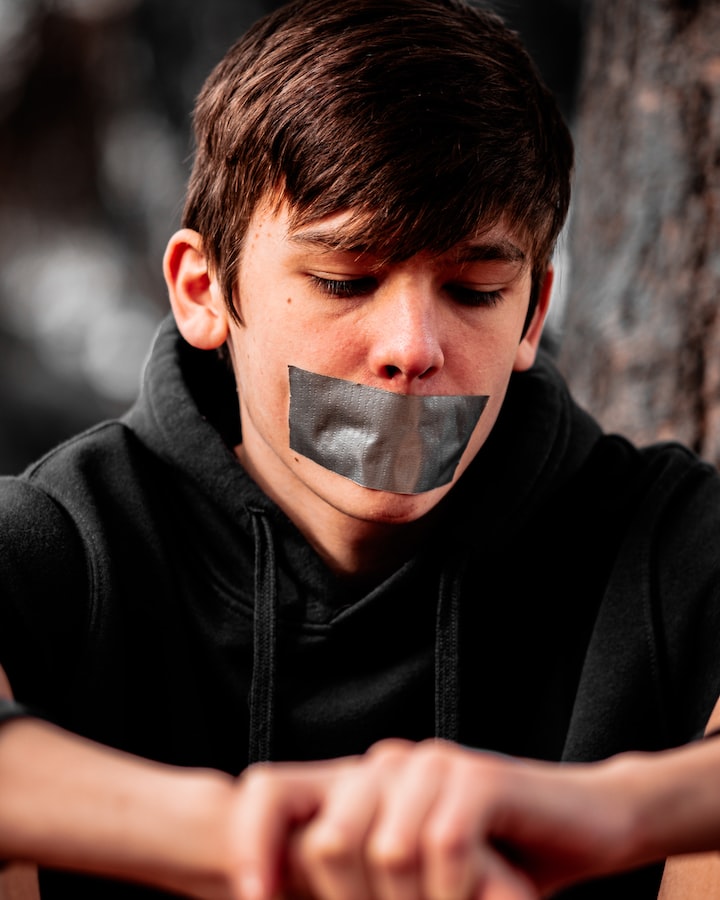 Are you one of those people who always tell the truth, no matter what? A big mouth with a wide grin, ready to shove reality down humanity’s throat? Or are you one of those people with a small mouth, who never offers your opinion unless prompted? But when prompted you tell the truth, no matter how painful it is? And have you also noticed fewer and fewer people around you?

“The truth.” Dumbledore sighed. “It is a beautiful and terrible thing, and should therefore be treated with great caution.” (J.K. Rowling)

I am one of you. I always tell the truth. I don’t yell it from the mountain tops, but if you ask me, I will be cutthroat honest. I consider it a service to the world. I consider it the right thing to do. If you’re not looking for the truth, why ask me?

People are rarely looking for reality. If they were, there would be no more movies, stories, silk robes, cocktails on ice, and designer drugs.

People already have reality and they’re sick of it! They are looking for fantasy! Escapism. Sweet-scented fluffy bliss.

If you insist on giving them pickles and razors, be ready to suffer the consequences. I know I am.

Have you noticed that your friends, coworkers, and people in general don’t usually offer their direct opinion, even when asked? They don’t necessarily lie, but are very diplomatic, which is another way of saying they neither lie, tell the truth, nor participate in any way but with a smile and wave.

Or they flat out refuse to interfere.

And then there’s you.

Colleague 1: ‘Hey, guys, what do you think of the new boss?’

Colleague 2: ’He’s a very interesting person, I’m curious to find out more about him’

Colleague 3: ‘I think he transferred in from our Boston branch, didn’t he?’

You: ‘He just has that mean look in his eye!’

Way to go, You! Well, aren’t you smart! No, you’re not. Not socially smart, anyway.

I bet he does have a mean look in his eye. And guess what? Probably everybody else has seen it. And they kept quiet about it. But then there’s you, Lord Talks-a-Lot, ready to put it all on the table.

You probably think that’s the value you bring to the group. That people can count on your opinion because you would always tell them the truth.

If there’s value in it, how come people around you are getting so scarce?

They want the comfortable lies, they don’t need to be constantly thinking that the new boss is a douche! They know it too, they’re just trying to forget about it, and there you are. Shoving it in their faces.

The truth hurts, most often than not. People would rather sleep their life away in oblivious bliss, than rest their heads on spiky painful hard truths.

Look at the global warming situation and the state of the planet. There’s a mountain of evidence that things are going down the drain fast, but if someone wants a gas guzzler humming away proudly in front of their house, they will deny the existence of global warming, the hurricane that’s about to take their house away and whatever else they need to, just to have reality as they need it to be. They’ll do whatever they have to, as long as they don’t have to know.

And they will hate you for it.

But it’s not all lost. It might seem like there’s no other way for you but to constantly put your foot in your mouth, but it’s actually easier than you think to chill and have harmonious relationships without too much harm to your wild personality.

Before anything else, ask yourself: why do you have this constant need to tell the truth all the time? Do you feel it’s your duty to warn people against impending doom? Or do you get a sick pleasure out of witnessing their discomfort and nervous laughter? Or maybe you don’t know any better and no one has ever told you to shove it?

Actually, I know why: it’s because it’s the right thing to do. You are one of the few good guys out there who think it’s just natural to tell the truth and everybody should do it.

While that is morally correct, there are different ways to go about it.

Don’t be the first to speak.

Don’t be too fast to present your opinion as if you’re on the witness stand. Let others lead. Maybe someone else in the group is a truth announcer as well and then you can just nod along. All hatred will go to him and you can relax that truth was imparted to the world.

Look at what the others are doing.

If you’re used to always blurting out whatever is in your head, you probably don’t know how to do it otherwise. But you can learn by example. Watch what the rest are doing and copy. Maybe even rephrase someone else’s words. Or just say — ‘it’s too early to form an opinion’.

In a 1 on 1 situation, be as diplomatic as possible.

And offer an opinion only if asked directly. Nobody is asking you to lie, you can still tell the truth but without hurting the other person:

‘Does this shade of blue look good on me?’

‘It makes you look like you just came home from the hospital.’

‘I’ve always liked you best in warmer colors, like reds and oranges.’

‘Should I marry Tom?’

‘Are you out of your mind? He’s already cheated on you twice, you need to drop his ass like a hot potato, I don’t even know why you’re still dating him!’

‘You’re a beautiful human being. I’d love to see you with someone who can appreciate how truly unique you are, and you’re the only one who can decide if Tom is that person’.

Mind you, she already knows Tom is no good. But if she wants him anyway, she will resent you for speaking badly of him. However, if you diplomatically suggest that she can do better, but if she doesn’t want to, it’s fine, she will love you no matter what happens with Peeping Tom.

As you can see, it’s not so much about lying as it is about softening the edges of a harsh truth. You can speak your mind without hurting others. While truth is an essential component of growth and connection, it’s critical that you present it tied in a pretty ribbon, with sugar on top. Delivery is key.

“In a time of deceit telling the truth is a revolutionary act.” (George Orwell)

But you’re not always leading a revolution. Living in constant fight or flight mode wreaks havoc on yourself and your relationships. And although your intentions might have been pure, people will choose to flee a war zone infested with truth mines.

If you need to deliver a painful truth, make your words soft like clouds. If it’s not absolutely necessary, let silence rule reality.

More stories from Mona Lazar and writers in Psyche and other communities.