The Repercussions of Roe Being Overturned

by Sai Marie Johnson 2 months ago in support
Report Story

A Can of Worms: Opened 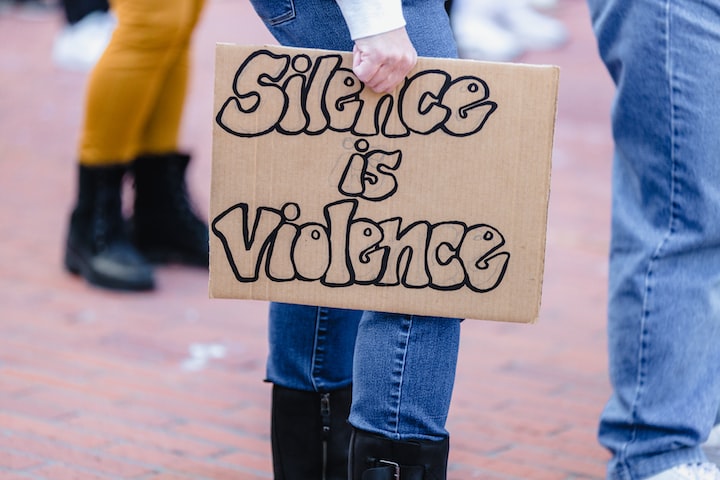 I don’t think people realize how many abusive, and toxic families are out there.

The correlation between women experiencing sexual assault and pregnancy as a result of it, and how that can keep a victim stuck in a cycle of abuse is very simple, but few people actually take the time to talk about this very simple yet life-altering truth.

For as much as we talk about control and coercion, fear and abuse, we seem to keep underestimating this fact.

In extreme narcissistic families, where a man has superiority over the females in the family and exerts his power over them this is amplified. In these cases, he has even more power granted to him because of what pregnancy causes for a female. Once a child has been born, it becomes even easier to control the mother as she has to consider not only her welfare but her child’s and how she will make proper provisions for both of them.

This very fact right here causes more death and trauma and it needs to be recognized.

Then, we ask questions of victims of Domestic Violence like, “Why didn’t she just leave?”

Let me ask you, how does a fourteen-year-old girl support her baby with no education or income?

“Well, she shouldn’t have been having unprotected sex; it’s her own fault.”

Oh, well, her stepfather raped her and impregnated her, and she was forced to have the baby by her abusers.

“Well, maybe she should find a babysitter and get a job then.”

Well, she cannot support herself or flee from her abuser safely if she doesn’t have a safe place to go. That forces her and her child to stay in the abusive situation she is in because she can’t take the child onto the street.

“Well, what about a DV or homeless shelter?”

They’re all full, and they have no more funding for services right now.

“Well, why not ask a friend, or church or social services?”

Her family supports her abuser and does not believe her. They blame her for getting pregnant and think she’s refusing to name the father. She does not have any friends who can help her because she is only fourteen, and she is afraid to talk to social services because she is a minor.

Did you read the news today?

That fourteen-year-old girl whose stepfather raped her became homeless; she committed suicide today, and her baby was found in a stroller beside her; soiled and wailing; it was placed into foster care.

Bet you were not ready for this can of worms, but there are so many grave ways this ends. Sometimes, it even becomes generations of rape; watch Keep Sweet; the Warren Jeffs story on Netflix to learn more.

Sometimes, they kill these women and girls because they do not want the baby. Such is the case in many instances where a mistress winds up pregnant or even a minor is raped by an adult.

There will be a rise in domestic abuse incidences now, for sure as the men who do not want to be fathers often beat women with the hope of them miscarrying.

Many have used pregnancy to further isolate and control women in ways unimaginable, and leave them helpless to thrive independently; forcing them to stay in psychologically devastating, and sometimes physically harmful environments.

In a country that calls itself free about to celebrate, “Independence Day,” knowing this is happening is a farce.

This is not Liberty.

More stories from Sai Marie Johnson and writers in Psyche and other communities.