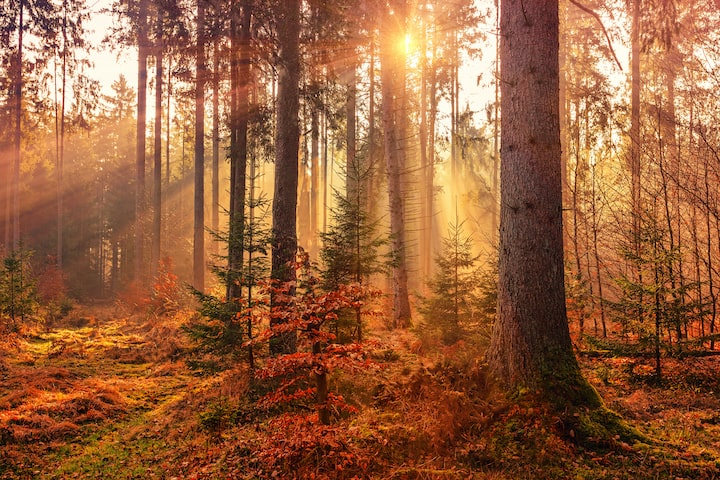 When I was ten, I broke my arm on Thanksgiving, six days before my eleventh birthday.

I was, at the time, a novice gymnast and a professional showoff. That combination proved problematic when I decided to display my brand-new back bendability for my favorite uncle in an overcrowded living room full of my family members and my aunt's furniture. The first attempt saw me hit my head on a wooden coffee table in the center of the room. You would think that would be the end of the exhibition, but as I said, I was a professional showoff. No bump on the noggin was going to deny me the recognition I so desperately craved.

Instead, I demanded a clear space and tried again. I managed to miss all the furniture, but I subconsciously leaned away from the table during my descent. This upset the balance of weight distributed between my wrists when I landed, with more weight falling on my left wrist than my right. There was no crack, no blood, no bone sticking through the flesh, but there was pain— a lot of pain—and tears, most of them mine.

My mother and my aunt asked if I could move my hand. I showed them that I could, crying harder as I made the motion because it sent new waves of heat searing up my arm. It was quickly decided that I was fine and just had a mild sprain and a bad case of being dramatic. My mother insisted that I stop looking for more attention for a minor injury, so I forced my tears down and shrank into the background for the rest of the evening. Shrinking into an invisible ornament was another thing I was a professional at.

The fall festivities continued, first with dinner, then with drinks for the adults while the kids played in the basement. The party stretched into the wee hours of the morning before everyone had finally fallen asleep. When the sun came up, the pain was still there, just as bad as it had been the night before. The tears, to my chagrin, returned. Ice, ibuprofen, and a few deep breaths later, I was able to force them back down. I, again, asked if it could be broken. Again, the possibility was dismissed. I could move my hand, after all.

The weekend continued in much the same manner: expecting the pain and swelling to subside and being frustrated when it got worse instead. It was clear by Sunday that PE and orchestra (I played violin) were out of the question for my return to school the next day. My left forearm and hand were a light purple color, and I couldn't bend my wrist without crying. My mother wrote two notes explaining that I had sprained my wrist and couldn't participate on Monday, one for each teacher, and put them in my backpack before bed.

When I got to school, I hurried through the halls to deliver the messages to my teachers before the day began. First, I visited my music teacher, who commiserated with me and told me he hoped I would feel better soon. Then to my PE teacher, who took one look at my arm and turned pale. She asked me when I hurt my wrist, and I relayed the story of my Thanksgiving gaffe, laughing just like I had practiced. She frowned (not the reaction I expected to such a funny story), and her face paled a few shades further. She wrote me a hall pass to explain my tardiness and told me to go straight to the nurse, and I did. The morning bell rang as I was on my way.

The school nurse paled the same way my PE teacher did when she saw my bulbous lilac forearm. She asked when I hurt it and if I could move my hand. I told her my story and showed her that I could, bursting into tears mid-laugh as I shifted my hand back and forth. She insisted that I stop, gingerly touching my wrist and asking where and when it hurt. I answered her questions, and she told me to lie down in the adjoining room while she called my mother to pick me up. The door was closed, so I couldn't hear the conversation, but my mother showed up twenty minutes later to collect me, and the door opened. I heard the nurse say my arm was broken and my mother needed to take me to the ER immediately.

As we headed to the hospital, my mother kept insisting it couldn't be broken. I could move it, and mobility meant the bone wasn't broken. She relayed this belief to the triage nurse. And then to the emergency doctor. And again to the radiologist when the x-ray was ordered. It wasn't until the doctor returned with the x-ray and showed her the three hairline fractures in my wrist that she finally accepted the possibility of a broken bone. She cried and apologized for not believing me all the way to the orthopedic technician who fitted me for my cast.

I got to pick the color, and I chose a pretty purple plaster, several shades darker and much bluer than the color of my wrist.

More stories from Michelle Truman and writers in Psyche and other communities.