How the toxic narcissist uses emotional abuse to control their target 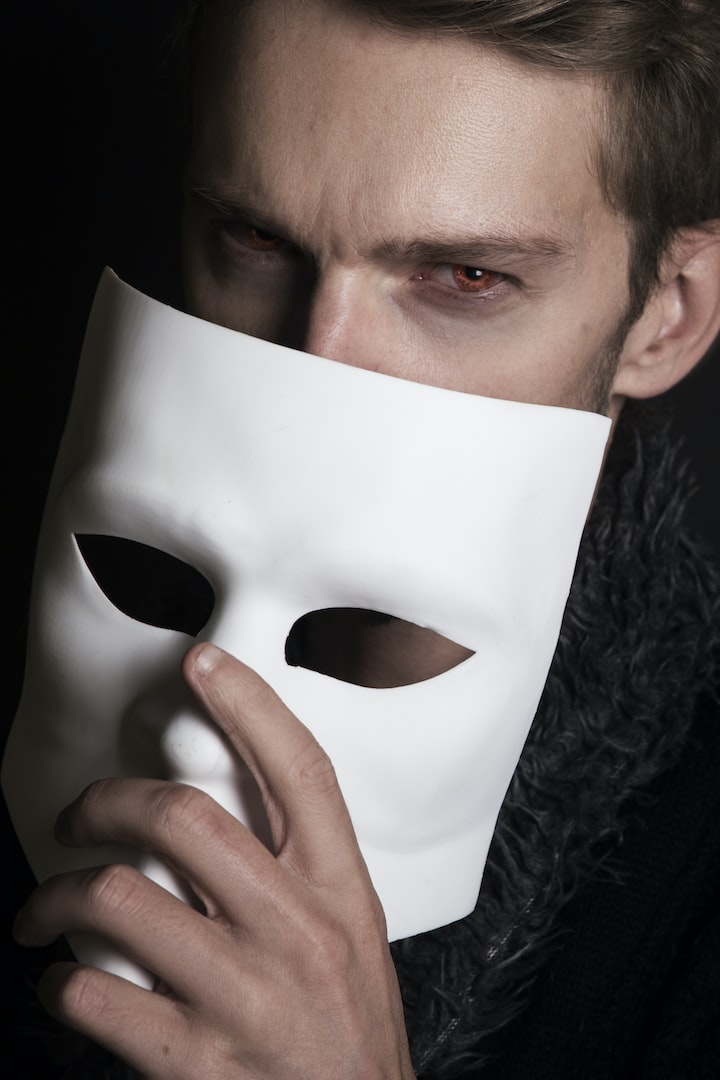 You've likely heard of the overt or 'grandiose' Narcissist; the larger than life personality that fill the room with the booming of their voice. The one who refers to co-workers by patronising nick-names and claps them on the back in a show of false comradery. Insidious as they are, a more dangerous personality lurks in the grandiose narcissists shadow; the covert or 'vulnerable' narcissist.

The grandiose and vulnerable narcissists are the flip side of the same coin. One seeks validation through overt means (such as vanity and material goods) while the other does so covertly. It might be due to this distinction that the grandiose narcissist is defined in psychological diagnostic tools, but the vulnerable narcissist is not. You can find a description of the grandiose narcissist under the cluster B classification of personality disorders in the DSM-5. This is the same cluster that houses personality disorders such as histrionic, antisocial, and borderline.

If Covert Narcissism is a new concept to you, watch the following video by 'Surviving Narcissism's' to learn how to spot one;

Once you know how to spot a narcissist, you'll be able able to gracefully disengage from their manipulative plots and leave any conversation unscathed.

To best understand these manipulation techniques one must first understand how they are dictated by gaslighting. The goal of the narcissists manipulations is to undermine your sense of reality. This comes easy to the narcissist since they live in a version of reality that pays no head to you; it is constructed solely by their own needs, wants, and opinions.

Gaslighting can be overt;

"No, that never happened", "You're imagining things" or "I don't trust your memory"

"I remember it differently", "No body else would react the way you're reacting" or "You're too sensitive"

While these statements on their own may seem benign, it is when they are used consistently overtime that the victim begins to question their sense of reality. They can lose trust in their ability to remember and might become reliant on the narcissist to regulate their everyday lives. If this occurs, the narcissist has achieved their end goal; total emotional control.

The manipulation techniques of a covert narcissist include;

The covert narcissist exhibits a shocking lack of emotional maturity, and therefore their manipulations are a manifestation of their inability to express their needs or desires. The silent treatment is a good starting point to understand the level of maturity, because it is often seen in quarrels between children.

Although, it's not as harmless as it may sound. In the hands of an adult, the silent treatment serves as a tool to isolate and shame. The implication is that your existence is not worth acknowledging unless you are willing to appease the narcissist. They will find it easy to ignore you unless you are willing to relinquish your opinions, preferences, or goals to resemble something closer to their own.

When faced with the silent treatment, it's best to wait it out as if it were a tantrum thrown by a child, and to talk to them only when they are ready to express themselves in a meaningful way.

The appeal to authority

The covert narcissist struggles to express themselves in a way that might leave them viewed in a negative light. So, when they wish to control you or to express a controversial opinion, the will rely on the 'appeal to authority'.

This is when the narcissist makes reference to a thought or opinion as if it were held by someone else. For example, if they're considering a new political identity, they might say; "Mark from work was thinking about voting for The Nationalist Party... what do you think?"

The appeal to authority is used to avoid accountability, but it is also used as a means of control. It might refer to the narcissists opinion, a singular person, a prominent social figure, a religious doctrine, or to society as a whole. Consider the following phrases;

"I've never had this problem with anyone else before"

"My religious group disagrees with how you've been acting"

"Everyone I have asked about this issue agrees with me"

The statements above impart a level of absurdity onto the targets behaviours or opinions. They imply that the target cannot be right about a certain issue because someone important or "everyone else" says so.

When confronted with the appeal to authority, remind yourself that it is simply an immature way for the narcissist to tell you that they disagree with how you've chosen to act or express yourself.

When the narcissist is confronted with a sensitive question they will confuse and disorientate the target by speaking in 'word salad'. The word salad might also be used when the narcissist does not wish to outwardly express their views on a difficult topic.

The term 'word salad' is most often used to refer to the disjointed speech patterns observed in people with schizophrenia, but it is employed more purposefully as a tool of manipulation by the narcissist. A typical word salad will present as a meaningful sentence, until the target realises that it is completely devoid of sensical meaning. For example, if you ask the narcissist if they have been talking to their ex-partner, they might answer with;

"Why would I have been talking to my ex-? Don't you remember what I told you about them? I talk to all kinds of people every day. Besides, wasn't it you that insisted on getting into contact with your ex?"

The barrage of questions and accusations gives the impression that the question has been answered. But if you think it over, you will realise that at no point did the narcissist give a 'yes or no' response. If a word salad is being used, you can be sure that the narcissist has something to hide.

When confronted with a word salad, avoid falling into the trap by not reacting to questions or accusations. Instead, encourage the narcissist to stay on topic, with a gentle "I'll be more than happy to talk about that later, but for now, can we stay on topic?"

The bait and switch

The bait and switch is a manipulation tool used with the goal of acquiring physical or mental gain for the narcissist, at the targets expense. The narcissist draws the target in with false promises. These promises will often be the result of 'research' that the narcissist has conducted on you. They are experts at identifying weaknesses, and use them to exploit others for their own personal gain.

In this sense, the bait and switch is a form of blackmail that presents itself as benign. It is a sales technique, in which the sales-person is offering you a deal that sounds too good to be true. It often plays out like this;

To be impervious to the bait and switch, one must be able to recognise their weaknesses. Once you are able to identify what makes you vulnerable, you can spend precious time serving your own needs, instead of that of the narcissist.

Catastrophising is a gaslighting technique that is used to make the victim look or feel absurd. This happens when the narcissists takes something you have said and exaggerates it past the point of logic or puts words in your mouth to make you seem like the attacker. Take the following scenarios for example,

1. The narcissist asks you to watch a movie with them. It's a movie that you have no interest in and might even find offensive. You politely tell them, "No thank you, I don't really enjoy movies like that! Is there anything else you would like to watch?", and the narcissist responds with;

"So you think I'm stupid for liking this movie?" Everyone likes movies like this, there must be something wrong with you".

2. The narcissist is having a difficult time at university, and they don't perform well on a certain assignment. You recommend that they get into contact with their teachers to ask for help. They respond with;

"What's the point, this teach hates me anyway, that's why I failed. Besides, they failed most people in the class, so it's not just me".

In these scenarios there is no evidence for the narcissists claims ('everyone likes this movie' and 'they failed most people in the class'), but attempting to prove them wrong would make the target appear irrational.

When dealing with catastrophising or exaggeration, pick and choose your battles. Do not waste time on fighting over semantics, instead recognise that this is a technique used to get you to conform to another persons whims.

Triangulation is a tool that the narcissist uses to turn two or more people against one another. It is done by relaying false or misleading information between two opposing parties who are unlikely to be in contact. The narcissist might have a number of reasons for triangulating - but it is most commonly used to;

Triangulation might also be used in conjunction with the 'appeal to authority'. Consider the following statement,

"My friend thinks the dress you're wearing to the formal is hideous, but I think it looks great on you"

This statement serves two purposes; to turn you against the narcissists friend, and to let you know - consequence free - that the dress you are wearing is displeasing.

When dealing with triangulation, remember to not take the narcissist at their word. If possible, seek clarity with the other party. It is likely that their words are being misconstrued, or that they are also being triangulated against you.

The covert narcissist often goes overlooked due to their polarity with the grandiose, but much like the overt, it is their prerogative to drain as much supply from their environment as possible. Once you are able to identify the traits of a vulnerable narcissist, you can train yourself to fend against their favourite manipulations.

Continue learning how to protect yourself against manipulation by reading the following; The Manipulation Techniques of a Pickup Artist

Or more on Narcissism here

Interesting in writing articles of your own? Join Vocal Plus to earn more per read by clicking here

I like to write about things behaving how they shouldn't ~

More stories from Rachel M.J and writers in Psyche and other communities.