I am a 49-year-old, straight, white, Christian woman, and I have had it! 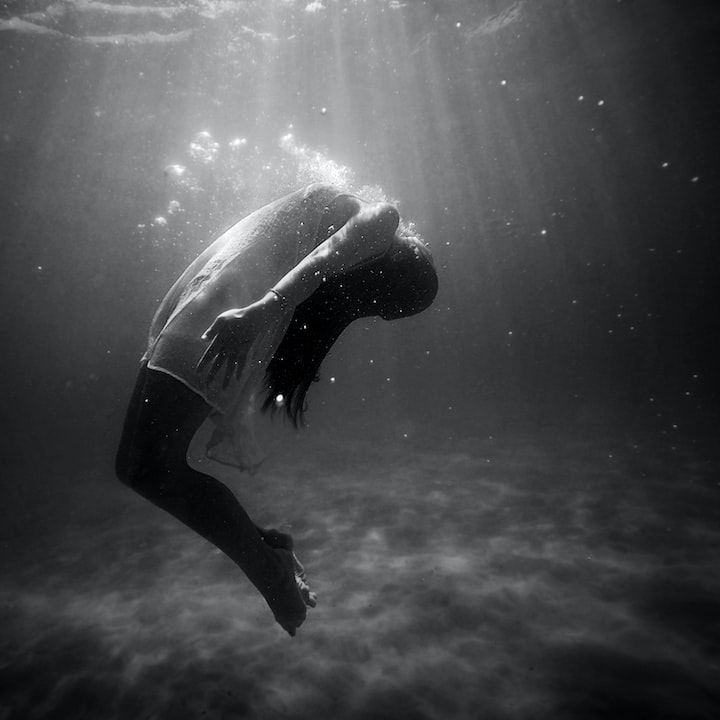 Maybe it's the energy from the upcoming full moon that has me more on edge than usual, but I really don't think so. I can feel myself teetering on the edge of a mental breakdown and it seems that no one notices.

I frequently struggle with insomnia. People often joke about how I never sleep, but there's nothing funny about it. Sleep deprivation only adds to my agitation. Just a little while ago, at 2:00 a.m., I was trying to get back to sleep, with late nite television playing softly in the background. A commercial came on for an HIV medication. They said it has never been tested on people who were 'assigned female at birth', and instantly I was jolted awake, annoyed.

Please don't take any of this the wrong way. I am one of the first people to stand up and acknowledge the importance of being your true and authentic self, but... ARE YOU FUCKING KIDDING ME!?! What the hell even is that? What place does it have in a medication commercial? I get that it is an HIV medication. I understand that in America, many AIDS patients are also members of the LGBTQ+ community, but seriously, one would expect that a commercial presenting medical fact might have a better term to use! Perhaps my brain wouldn't have blown a gasket had they said, 'those born genetically female.' I don't think I'm wrong in finding it offensive. I mean, those people that are genetically female but identify as something else don't refer to themselves as 'assigned female at birth', or do they? I don't know. I'm old and I struggle hard when it comes to keeping up with the times. As far as I'm concerned, what or who you're doing in your bedroom is none of my business, so I don't even get why there needs to be a 'movement'.

I know I'm just cranky. I'm exhausted. I'm tired of always falling through the cracks. I can't keep up with being socially sensitive and politically correct anymore. I know that Black Lives Matter and Every Child Matters. But why is it that the slogan 'Every Child Matters' is intended to remind us only of the indigenous children that died in residential schools? White children have been killed in foster care and have also survived horrendous sexual abuse at the hands of church leaders, coaches, and other well-respected members of society. They've also had their abuse swept under the rug to protect the reputations of their abusers. I was raped by some 32 different men between the ages of 2 and 30, but I'm a Caucasian Christian, so nobody cares to hear that story. It doesn't matter because apparently, I am one of the 'privileged majority'.

I can't even delve into how I was saved by faith, because that's offensive, too. There's a monstrous denial of Christian persecution and honestly, it's disgusting, in light of all the people jumping on their soapboxes to defend the rights of people of any other faith. I'm a Caucasian Christian, so nobody wants to hear what I have to say. Someone is bound to end up butthurt over my inspirational message if I talk about God. Heaven forbid.

Now I'm stuck at home because I haven't gotten 'the jab'. It's not that I'm an 'anti-vaxxer'. I'm not running around spewing conspiracy theories. I'm on medication meant to prevent me from getting myocarditis right now. I've worked from home since the pandemic began. My closest neighbor is over a mile away. The College of Physicians And Surgeons has said that my family doctor can only issue me a temporary medical exemption and he certainly cannot advise me against getting vaccinated. I have to see a cardiologist and have radioactive dye injected into my heart so that they can see if the inflammation is back. If it is I'll need to be under the cardiologist's care while they treat the inflammation and then I'll need to get my vaccine passport to be able to have any kind of social life. I used to go to a nearby town, with a population of under 10, 000, on a weekly basis for groceries and to visit friends. Now I go once every 4-8 weeks and use the curbside pickup service as much as possible. The closest cardiologist is in a city with a population of nearly a million people. It seems to me the risks outweigh the benefits, but people are still looking down on me for not just going ahead and getting the fucking needle.

Our family didn't qualify for any of the pandemic benefits or unemployment insurance because both my husband and I are self-employed. I've doled out loans to family and friends and sold things on payment plans because I know that times are tough and people are struggling. We're now 20 months into this thing and our coffers are starting to look a little light. I'm being ghosted by people who owe me money and last night I got a text from someone that was told the last time I spoke with him, that it would be nice if, now and then he'd call just to see how I'm doing, instead of only when he wants money. I'm family, not a fucking bank. Last night he asked if I know of anyone that could 'gift' him $15,000.00. He has a job. He has benefits to pay him when he misses work. Yet he's asking me for $15,000.

I'm teetering on the edge of mental breakdown, but I'm an unvaccinated, Caucasian Christian, so nobody gives a shit what I have to say, I'm just a raving lunatic.

This life began with trauma. Now married, with 2 adult children and raising a grandchild with FASD/PTSD/ADHD. Navigating this very personal journey of healing with ADHD, thriving after a lifetime of abuse... all through the grace of God.

More stories from Analise Dionn and writers in Psyche and other communities.