by Mae McCreery 21 days ago in coping 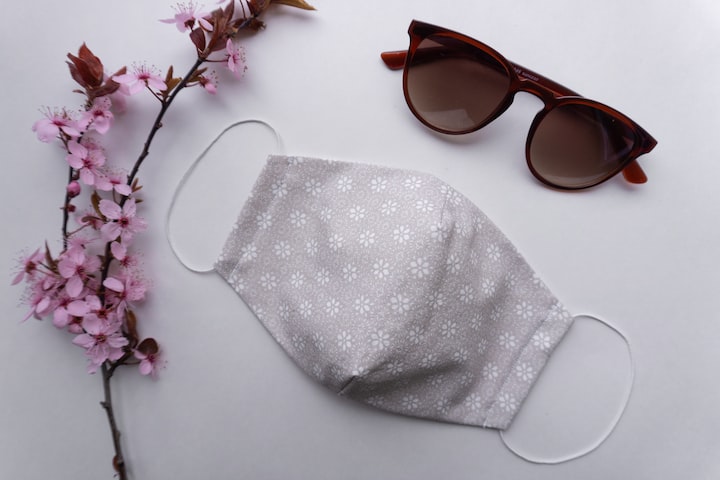 Photo by Bára Buri on Unsplash

I literally recorded my descent into madness, people.

Not like George III madness but regular anxiety driven quarter life crisis that every millennial is going through at the moment.

I am very lucky that I got to keep my job and didn’t have to be put on furlough or laid off.

Not everyone was lucky. So many people I went to school with were put out of work, so many people were laid off. It’s a bill to bill economy and lifestyle.

Just for a glimpse into how life has been for me, here’s a little conversation I had with my mother the other day:

“Hey hun! Did you hear about the plague resurfacing?”

“How about the flesh eating disease?”

“Yeah, and the brain eating amoeba in Florida.”

“Murder hornets? Police brutality? Aliens could descend from the sky and I would not be surprised.”

“No, Mars Attack could happen in real life and I would have no reaction to it.”

And then I left for work where I found out a planet disappeared from a solar system that NASA had been watching since 2004. Planet just straight up dipped out, people. Wasn’t swallowed by a black hole or Galactus, it just disappeared like Sandra Bullock in that movie The Vanishing. That’s where we are at in 2020 right now. Planets are just saying “Bye, Felicia.”

And we still have to pay taxes for this bullshit.

I got $1,200 from the government and that lasted me for about a month just to cover my insurance and a couple other bills. My boyfriend is unemployed and is about to lose that $600 perk from the state because everyone thought we’d be out of this shit by now.

We were out for about two weeks and everything got shut down again because people refused to wear masks and gathered in big groups to go to the beach.

I have not been in big groups since March, I’ve seen my best friend three times in 4 months, I saw my family once, and I’ve hung out with my boyfriend four times.

My boyfriend keeps bugging me to go to his moms with him but I keep telling him no. You know why? Because I have an autoimmune condition, and she is over the age of 60. We are both in a risk group. And he’s getting mad at me because I won’t go to his family gatherings or to see his mom and sister. The virus is complicated, if I had it I might not show symptoms and I could spread it. The same can be said for his mom and sister who both are still working and live in a very tiny apartment together with two cats.

It’s frustrating. I want life to get back to normal. I want to go to Disneyland, dammit.

But first we have to get better as a society, and when so many people ignore the rules we have to have a longer quarantine when other countries ARE getting back to normal.

For me, it’s embarrassing. The rest of the world can follow the rules except America. When this is over, maybe I’ll move to Ireland and become a citizen.

I wear a mask wherever I go out, I wash my hands, I sanitize, I don’t gather in large groups, and I can listen to directions.

It’s really hard when I see someone in public not wearing a mask and touching everything in sight and loudly talking about how it’s their body and their choice and how dare everyone else infringe on their rights.

One woman came into my office and started making fun of me for wearing a mask and why she refused to wear one.

This is the same woman who proudly announced she voted for Trump. Who called me a slut when I brought my boyfriend to a work function. Who posts on Facebook about how abortion is murder and how “black people shouldn’t look guilty” to avoid getting shot.

Those are the people who disgust me the most.

It shouldn’t become a political debate to wear a mask. And if I'm going back to working from home, I should get a predium for all the alcohol I have to consume to keep my sanity in check.