by writemindmatters 8 months ago in disorder
Report Story

The physiological effects of psychological abuse. 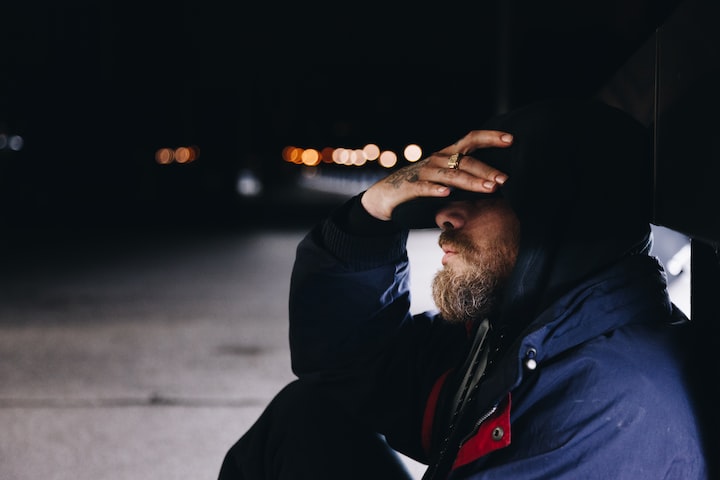 Photo by Jonathan Rados on Unsplash

Emotional abuse causes organ dysfunction, parts of the brain to shrink, and a greater risk of long term illness yet victims struggle to get protection or support without external injuries.

If I wasn’t pushed by my doctor’s receptionist and the police to visit my doctor after they’d heard the violence over the phone, I might not have got the protection I needed.

Too many witnesses, mostly medical and family violence professionals had witnessed the psychological abusive yelling, using the children, manipulating, and controlling, many had reported incidences, yet I still believed it wasn’t that bad.

Psychological abuse may not produce visible damage, but the damage done internally can be more complex and take longer to heal.

Manipulation of a victim’s defense mechanisms alters the structure and function of multiple organs of the body. Key changes include:

So, what is psychological abuse?

The following equality and power/control wheels differentiate healthy from abusive behaviors in relationships. Negotiation rather than coercion and honesty and responsibility rather than denial and minimization are just some examples of conduct that can either strengthen or damage a person’s self-concept and perception along with the relationship.

Abuse is a pattern of tactics that undermine and distress victims which can quickly shift to good behavior when it suits, particularly in front of others, some tactics are so subtle that a victim’s reaction may seem over the top to outsiders hence the tendency for abusers to escape consequences by citing provocation.

The physiological effects of psychological abuse.

The parasympathetic nervous system responds to psychological abuse by releasing stress hormones that slow immune and digestive function to stimulate the muscles, heart, and nervous system to get ready for ‘fight or flight’ (and ‘freeze or fawn’) responses. Sustained exposure to increasing daily levels of such stress hormone levels leads to a decrease in hippocampal volume.

A number of studies have found Post-traumatic stress syndrome (PTSD), affecting more psychologically abused victims than those physically abused, is associated with a decrease in the volume of the amygdala (memory and parasympathetic responses), hippocampus (memory and learning ), and medial prefrontal cortex (memory and decision making).

Abuse alters a child’s developing neuroendocrine mechanisms increasing their risk of obesity, hypertension, type 2 diabetes, and behavioral and neurobiological dysregulation such as impaired memory and concentration, elevated fear and aggression, and mental illness.

The immune system responds to psychological abuse through allostasis, releasing inflammatory mediators to protect vital functions, though if this persists it can lead to allostatic overload causing chronic pain.

Studies found children and adults who suffered such stressors demonstrated indicators of impaired immune function with increased inflammation, shorter telomeres (the caps of DNA that shrink with age), and the reactivation of herpes virus.

This interdependence of the nervous, endocrine, and immune systems in response to stress is described as a ‘supersystem’ in which its dysregulation promotes chronic pain conditions.

Elevated cortisol levels under psychological stress increase pepsin and gastric acid levels which may over time cause damage to the lining of the gastrointestinal tract leading to peptic ulcer disease. Victims of abuse report higher incidences of symptoms of IBS (irritable bowel syndrome), chronic pelvic pain, fibromyalgia, dyspepsia, and heartburn.

Scott-Storey’s conceptual model identifies 3 factors that lead to this increased risk of CVD; the physiological alterations of cumulative abuse that reduces the body’s ability to fight stressors and disease, the use of known CVD risk coping strategies such as smoking and food, and symptoms of depression known to dysregulate the HPA axis and lead to CVD.

To achieve a wider understanding and a greater impact on the reduction of family violence, it is essential that support for the physiological damage of psychological abuse is incorporated in prevention and treatment programs.

More stories from writemindmatters and writers in Psyche and other communities.