Are they ever people? 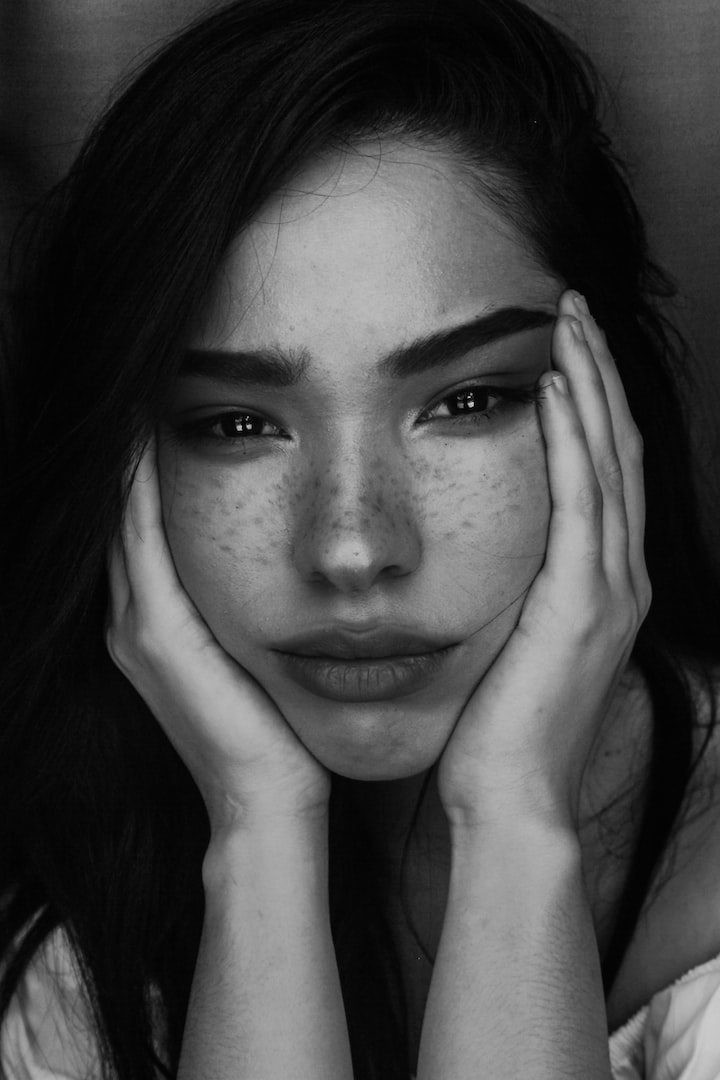 Photo by Zulmaury Saavedra on Unsplash

So I was recently asked this question and the short answer is: yes.

But the truth is much longer than that, so I am writing it down. *smile* Please note, these are only my personal experiences with seeing other "people" who aren't really there - not everyone's.

So I should start this out by clarifying that I haven't seen other "people" in a very long time. Once I had kids, the "people" I saw pretty much disappeared. Occasionally they will pop back in, but not very often. Sometimes I think they are related to my sibling and are slightly scared of my children! LOL

Before I tell you about my "invisible people friends" please note that I could tell them apart from people because they don't have pores. They have more like doll faces - blemishes, like freckles, are only "painted" on. Real people always have pores... unless they have enough make up on to have imperfections in the make up when their facial expression changes... then they don't have pores, but they still have imperfections more than surface-depth. Once I figured that out, that was when I got very good at locating the details in almost every situation and memorizing them. That way I wouldn't be confused as easily. That being said, trying to focus requires lower amounts of stress, so it isn't always a foolproof system.

So my longest hallucination was Sarah. She had red, wavey hair and was a few years older than me. She was my BFF growing up. She had extensive knowledge and for a long time, she was my access point for memories. I had a hard time accessing the video files in my head by myself, so she helped by reminding me of key words... and so my memory system was built. Key details, but not very many.

Sarah wasn't a fan of men. She didn't trust any of them and was very wary as a contrast to my curiosity of how people in general think and act. She would always remind me of my family's rule regarding being alone with a guy. How it wasn't safe or proper. Not even with direct family members. I wasn't afraid of them myself though... not for a very long time. And then when I found out why to not trust men, Sarah wasn't my only "person friend."

My littlest friend had very curly, brown hair. As I type this, I can't remember her name. She was a little girl who joined my invisible friend ranks after we moved when my Dad was sick. She was always scared, lonely, and lost. She missed the mountains. She didn't say much, but she was great at art. Something I have been told I am good at, but honestly I don't think I am. Sometimes when I think of her, I wonder if it was my brain's way of protecting my inner child from having to grow up fast and take on more responsibility than my peers ever seemed to have.

Ithia was next. Ithia hated a lot of things. Ithia had black hair and thought hurting people was funny. I do not. So she would enjoy hurting me in my own mind, in my dreams... reminding me of who exactly I was. Ithia wasn't anything more than a rapid recording of every hurtful thing people had said about me, but I didn't figure that out for years. I was a tad scared of Ithia... much like I still a tad afraid of teenagers. They might be children, but they can be mean, vicious things. Ithia wasn't around until after I started getting bullied.

Sarah and Ithia fought almost non-stop because Ithia "needed to just grow up." But Ithia was only scared of my shadows. More than I was. They were so much worse than Ithia. Ithia was just a typical teenage girl going through a emo stage. Maybe she was my outlet... safely deciding that that was a dangerous slope that I really had no interest in going down.

There were a few more, but they would only come and go. I don't remember ever having a prominent male hallucination. They are all girls. Occasionally if my mind is exceptionally busy there will be blurry people murmuring in the background, but they aren't clear and just... background noise.

The only one who ever aged was Sarah. The others? They forever stayed the same age. The only one who still shows up from time to time is Sarah. She is my inner voice of reason and calm when all of my outside sources of calmness decide to abandon me for various reasons... including but not limited to: switching providers, being sick, multiple things being rescheduled or planned for last minute, getting yelled at, etc. When most of my support system crumbles, Sarah still comes back.

Sarah strokes my hair, lets me cry for a while, and then she says that it's time to get over myself and start fixing this. Whatever this is. The only problem? I can't keep her inner monologue going for long without other, not so great consequences. But for short term, damage control situations, she is great. *smile*

However, I also know that they aren't real. They look different. It took years to figure out what looked different on them, but once I did, it was enough to be able to tell reality from non-reality.

And, the moment I have a male hallucination that isn't a headless horseman or a furry, neon green spider, you'll be among the first to know - after my workers help me adjust, that is. *smile* It takes time to adjust to each and every new addition, but I will share when I am able to because this is what I want to do... share that they are not always "bad."

I highly doubt it will happen for a number of reasons however. The main reason is because the only time my hallucinations seem to change are in high stress times. I don't have any plans on adding extra stress to my life anytime soon. That being said, do we ever plan on adding stress to our lives? I know I was never intending to have my "Mama Spider" join my ranks; never intending to have my "Slither" (a giant anaconda) come home with me from a vacation that went south; never intending for a certain individual to strike so much fear into me as to cause a "headless horseman" (it is just a suit of armour with some really cool toys built into it that I wish were real!!!) to join my invisible team; and I have no intention of going under just the sometimes seemingly minuscule amount of stress it takes for the shadows to return.

I hope this answers the question. Please let me know in the comments below if you have a follow-up question.