by Everyday Disasters 8 months ago in coping

Picking fight or flight against your mind 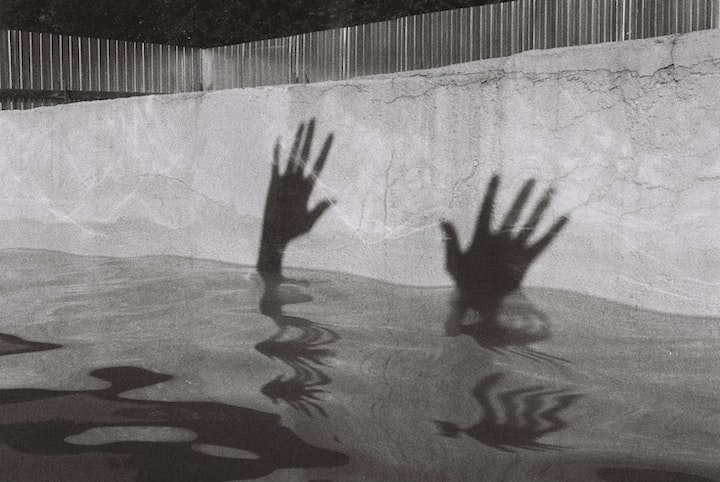 Photo by Andreea Popa on Unsplash

Think about it for a second. Think about it in solely a corporeal lens. We are creatures of survival. Not just in the big, 127-Hours-type situations, but in the day-to-day. Our bodies tell us what we need to do when we need to do it. We need energy to fuel our bodies so our tummies gurgle and the smells of food become very appealing and we eventually find a way to consume nourishment. We need sleep so our brains produce melatonin in a relatively diurnal (pause for students and insomniacs) rhythm and we begin to slow in bodily function, recline and fall into a slumber. Many of these routine things we do are because our bodies signal the need for it. But our bodies are truly nothing without the brain in both the physical and mental process. Our brain is the mastermind (literally) of the whole operation, the reason we survive. We breathe at pace because the mastermind knows how much oxygen we need, we gain adrenaline that gives us extra power to battle or flee in situations of danger, and we do these things seemingly instinctually when the circumstance arises. But the brain has a separate domain, the one that I'll call the mind for delineation purposes only, that becomes the reason some may decide to cease existence. Now think about that for a second. We are wired to do anything it takes to survive but there is another realm in the mind that can override all of that natural action and instead put oneself into the situation our brains actively avoid. Death means different things for different people, so here's my take.

A few weeks ago, I wrote about an event that I wanted to post on Vocal. Mind you, I hadn't properly read the guidelines for story posts and upon submission, it got turned down for inappropriate writing, self-harm related. While I was writing it, I, for some reason, never thought about it as harmful or negative for other people to read about my own doings. But as I read it over again, I realized that it was a dark thing to put out into the world. Then I read it again and again and again. In the end, I felt like I kept realizing over and over that I did something weird. I glitched in the continuum of survival mode. At the time of my event, what I did wasn't really out of any form of explicit depression or suicidal thought, but I always had this idea in my head of what it would be like or how long I could go while repressing my natural, bodily order. How long I could do it before my fight-or-flight kicked in and I would kick my feet and fight to break out through the waters' surface. From that day, I learned something for myself. A lot of somethings, but this something in particular. This something is not, by any means, a universal fact, after all, death means different things for different people.

Suicide is the final symptom of some people's mental health experiences.

I say experiences as opposed to problems or illness because mental health is something everyone traverses on their own and in their own way; it's unique and shaped by so many things that I struggle to put all the eggs into one 'problem' basket. Speaking for myself, reflecting back, maybe there was an underlying mental health experience that I needed to confront and I drowned it instead. What I learned from that day, the way it allowed me to appreciate the light more in contrast to the darkness, might have been something I could've learned another way, but it allowed me to make that choice for myself. That's what mattered to me.

I digress. I wanted to talk about something and I trailed. To be honest, I'm writing this in text-to-speech so what you're reading is truly just spilling out of my brain. Suicide. This is something that we don't hear enough about and yet, we hear it in volumes. It gets censored and alienated and taboo'ed. People don't know how to broach the topic. Suicide is a -cide of the sui-, a killing of the self. We talk about in great detail the atrocities and actions of a homicide or a genocide or even a pesticide, but once you go sui-, everything goes foo-ey. I do tend to make things slightly more comical than they should be given the gravitas of the matter, but the essence is the same. We talk in great lengths about killings until they are done by to the same person who's doing the killing. The news is plastered with stories of war and murder and violence but we can't utter things that involve this grave symptom of particular mental health experiences. Why?

I am not a writer by nature, I'm a physics university graduate and play rugby and run track and have -1 artistic ability in any iteration of the word 'art'. But after I wrote my piece about my event and it got turned down, I looked for readings about self-harm and experiences that truly go in-depth about personal events and I fell short. The reason I looked was to one, see if I could find any, and two, try to garner people's own experiences for my understanding and maybe even a sense of relatibility. I know there are many people experiencing dark things in their minds, it's a highly publicized statistic, Google it. But I feel like it's hard to understand a situation that you can't fathom and it's harder to accept something that you don't even know about. That's why I wrote what I did. Because as much as I understand that people don't want to read a terrible thing and even more so, people who experience it don't want to write about it, I feel as though those that do share, it should be welcomed as it is an important step to gain empathy for the people around you whose minds don't have thought bubbles for you to view.

On the flipside, speaking for myself, to be able to see what someone else sees, even in the small window of writing, would create a sort of connectedness to a part of the world, somewhere in the world. Create a bit of light in the darkness. I can see the notion that having such accessible readings about this kind of sensitive topic is either romanticizing, encouraging, or proliferating ideas of suicide or self-harm, but as someone who watches a lot of true crime and historical documentaries, what's the difference in the publication of outwardly-directed violence than the inward-directed kind? And for those looking for understanding, be it their own experiences or even someone elses', where there's a hole in the quilt of literature, these might be a good start. Maybe that's just me.

I want to end on a note. I don't want to die. I hope that those who are having a bad mental health experience have outlets and resources to help because I can honestly say you are not alone. It is definitely easier said than done to access those avenues even though they are right in front of you, but having a healthy, non-harmful way of navigating your experiences is worth it because you are worth it. As someone who once chose to explore that fatal symptom, I can say a few things from my experiences. Your experience is valid and for whatever reasons you decided to do things, that is also valid. There is no one-size-fits-all method for this. It takes a strong person to follow through with dark events such as mine or even to live through the days because your mind and your brain are in a civil war. You are going against everything that you know sustains you and are fighting every step of the way. But just as that takes a lot of power, just as strong a person arises when you emanate the light from the darkness. It takes time and practice and sheer power to do so, but you do have it. Shine on.