Is Veganism an Eating Disorder? 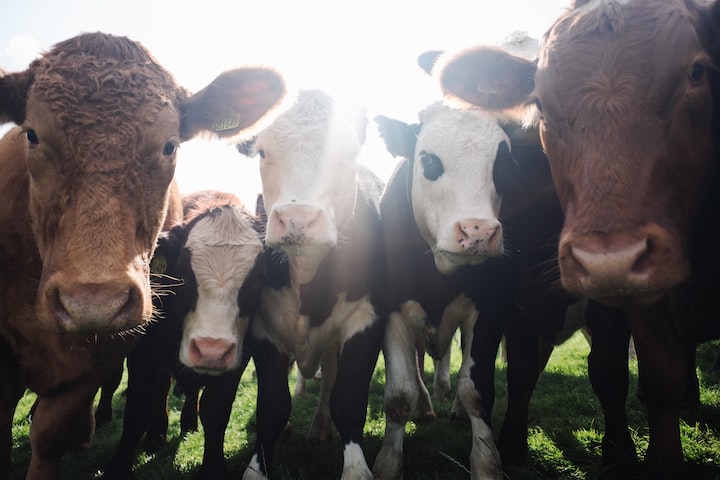 First, let’s define what is meant by “disorder.”

Now that we’ve defined disorder, we can determine whether veganism is a disorder, specifically of the “eating” variety.

Veganism is not a “lack of order,” because it is, in fact, the application of a certain type of order upon one’s consumption habits. When one has no restrictions, it could be said that less order prevails because there is a free-for-all in effect. Of course, one can apply restrictions to one’s diet that don’t foreclose on the consumption of animal products, and that is still a type of “order.” But by that token, then, so is veganism.

Veganism is not “irregularity,” because it is not done in an anomalous way; it is a consistent adherence to a specific set of behaviors. Perhaps in comparison to most other people, veganism constitutes a “break from the regular,” but this does not drive us in the direction of “eating disorder.” Musicians are not “regular” in this way, as in “common,” but being a musician can hardly be called a “disorder” simply because it is uncommon.

Is veganism a “breach of order,” “disorderly conduct,” or a “public disturbance”? I suppose if you work at a meat company, you might feel that way. But vegetarians have existed for centuries, if not millennia. Therefore, it is a purely cultural standpoint, not an objective one, to view veganism as a “breach of order.” By that, I mean that ideas of “order” vary from culture to culture. Therefore, an argument that veganism constitutes a breach of order is on shaky ground, and in my opinion, no ground at all.

According to Dictionary.com, “eating disorder” is defined as “any of various disorders, as anorexia nervosa or bulimia, characterized by severe disturbances in eating habits.”

Is veganism a “severe disturbance in eating habits”? In one sense, yes, if by “severe disturbance” you mean “severe change.” Going vegan is certainly a change. Furthermore, the two eating disorders mentioned in this definition—anorexia nervosa and bulimia—are certainly severe changes also, specifically chronic undereating and chronic vomiting after eating, respectively.

But these behaviors—undereating and vomiting—are known to be unhealthy by medical experts. Veganism, on the other hand, is not known to be unhealthy when it is performed with adequate nutrition from a wide range of foods. Instead, it has been shown to have numerous health benefits and is considered safe at all stages of life by the medical community.

Any diet, herbivorous, omnivorous, or carnivorous, can be unhealthy if it is poorly performed. All one needs to do is look at the Standard American Diet, which is omnivorous, or at carnivorous diets, or at herbivorous diets containing nothing but french fries and salad. No self-respecting person would say one of these “diets” is somehow superior when they are all blatantly inadequate.

So, based on this definition of “eating disorder,” veganism simply doesn’t qualify. So therein lies the answer to our initial inquiry. Since the nature of veganism is not, in itself, a behavior known by qualified experts to be harmful, veganism is not an eating disorder. Simple.

But let’s come back to the question of whether veganism is a “disorder” in the sense of “a disturbance in physical or mental health or functions; a malady or dysfunction.”

There are those who believe that vegans are mentally ill: moody, angry, frustrated, sad, and possibly even deluded. But let’s look at this causally. How do we know that veganism caused their emotional states?

Let’s come back to musicians for a moment. Many professional musicians stay up late at night, drink a good amount of alcohol, smoke weed occasionally (or more than occasionally), and don’t eat particularly healthily. But does being a musician cause these behaviors? No, of course not. Similarly, do these behaviors apply to all musicians? The answer is no. Correlation does not imply causation.

So we can dispense with the idea that veganism is a disorder because it somehow causes mental illness. But what about physical illness?

As I said, any diet that is poorly executed can yield unhealthy results. There is only one “diet” that is inherently unhealthy, without fail, and that is a carnivorous diet. Why? Because the human body requires fiber.

It’s very simple. The digestive systems of wildcats do not require fiber, whereas ours do. Apes including chimpanzees, orangutans, and gorillas, are largely herbivorous. Similarly, prehistoric humans who ate a lot of raw meat didn’t live very long past the age of 30. So they should not be looked to as paradigms of health when it comes to what we, in the year 2020, should be eating. Additionally, chimps, orangutans, and gorillas are NOT extinct, whereas prehistoric humans are. Very, very simple.

So it is not veganism that causes physical illness, but poorly executed (or ill-conceived) diets.

Is veganism, then, a “malady or dysfunction”? Well, these terms need to be defined. Let’s put “malady” aside (because it is definable as a disorder and we are currently examining the meaning of “disorder”) and look at “dysfunction.”

The second is “any malfunctioning part or element: the dysfunctioning of the country’s economy.” Well, if diet is a “part or element,” is veganism a malfunction of it? We have already established that veganism itself, when properly executed, is healthy, so it is not a malfunction. Rather, deficiencies such as B-12, Vitamin D, calcium, iron, zinc, and folic acid are common in all groups and do not discriminate by diet.

Therefore, it is the deficiency, not the diet, that is the “dysfunction.”

The third and final definition of “dysfunction” is as follows: “Sociology. A consequence of a social practice or behavior pattern that undermines the stability of a social system.”

Does veganism “undermine the stability of a social system” and hence cause “dysfunction”?

This argument only holds water if you accept that veganism actually affects the social system. If you believe veganism is a “crazy cult” on the fringes of society and only practiced by wackjobs and Hollywood hippy-dippy types, then you probably don’t accept this premise.

But let’s say you actually pay attention to the world we live in, as opposed to remaining completely detached from it. If you look in almost any supermarket, you will find a growing selection of vegan products. This is because companies recognize veganism as a market and they are succeeding at exploiting and building that market, which makes perfect sense.

Is our social system not reliant on markets? And hence, isn’t this simply how it normally functions?

So how can this be viewed as “undermining” that social system? Under capitalism, one product prevails and its competitor goes under. That’s just the way it works, I’m afraid.

So, based on this, veganism is decidedly not a dysfunction in that sense or indeed any sense.

Have we thusly answered the question? Veganism is neither a disorder nor an eating disorder?

Yes, we have. Now let’s briefly turn the microscope on those who would slanderously and ignorantly refer to veganism as an eating disorder, and find out if they might just have a “disorder” themselves.

Their behavior is a “lack of order or regular arrangement,” if a lie can be defined as such.

Similarly, a lie can be viewed as an irregularity; although lying is quite common, that does not make it normal. Continuing on, saying that veganism is an eating disorder almost qualifies as a “breach of order, disorderly conduct, or public disturbance,” because it is persuading people to think poorly of a diet that is known to be very healthy, particularly in a society with such high levels of heart disease, Type 2 diabetes, and hypertension. I will allow, however, that it is not a “public disturbance” in the sense that shouting “fire!” in a crowded theater is. But then again, neither is veganism.

Now the real followup question: does referring to veganism as an eating disorder constitute “a disturbance in physical or mental health or functions; malady or dysfunction”?

Let’s put aside the effects of eating meat on one’s health, which I have already admitted can be neutral to one’s health if a diet is well-executed (which is a courtesy no anti-vegan would extend to me).

Let’s focus, instead, on mental health. To lie about something is, perhaps, an indication of mental turmoil. Even more indicative is to believe something that is demonstrably untrue, or at least in near-universal doubt, even when presented with evidence. To resist open discussion on the subject is further indicative of a cramped and uncomfortable mental state, and illustrates a “dysfunction” in one’s self-awareness.

But allow me to break from this line for a moment. Let’s look at another type of disorder not mentioned in this article. An intellectual disorder, or perhaps a moral disorder.

The person who propagates this lie cannot accept the idea that veganism is, in fact, a decision made by sound-minded people. Despite all the evidence—whether firsthand in knowing or hearing about healthy vegans, or secondhand in reading about them—such a person is in the throes of an intellectual disorder because the facts that are as clear as day to them don’t bring them out of the darkness of their own ignorance. They resist escaping that ignorance and, in fact, fight on its behalf, with misinformation, falsehoods, flippant dismissals of divergent ideas, and outright lies.

This intellectual disorder naturally gives way to a moral one. Because they are a human being, more intelligent than any animal that has ever existed before on Earth, they have the ability to learn, integrate, and grow, and they know—they know—that to do so is the only way to improve at all, or indeed to survive.

And their continued spread of these incorrect, disordered, dysfunctional ideas and the chaos and ignorance they cause is their way of narcotically soothing their own moral self-betrayal, rather than admit one iota of veganism’s value.

Indeed, veganism’s value, and its impending and inevitable prevalence in our society, keeps them up at night, because it symbolizes the end of their way of life. That way of life is a foolish one, as we can now see, and any willingness to learn, integrate, or grow would represent an unsavory and unswallowable admission of that fact, like a toddler in a highchair, spitting back up her broccoli because she doesn’t like the taste.

Home of the Paralinear Method, Return on Fitness™, and STACHKA Garage Gym.

More stories from Resistance Quest Fitness and writers in Psyche and other communities.