How my intuition could of killed me

(Not in the way you think) 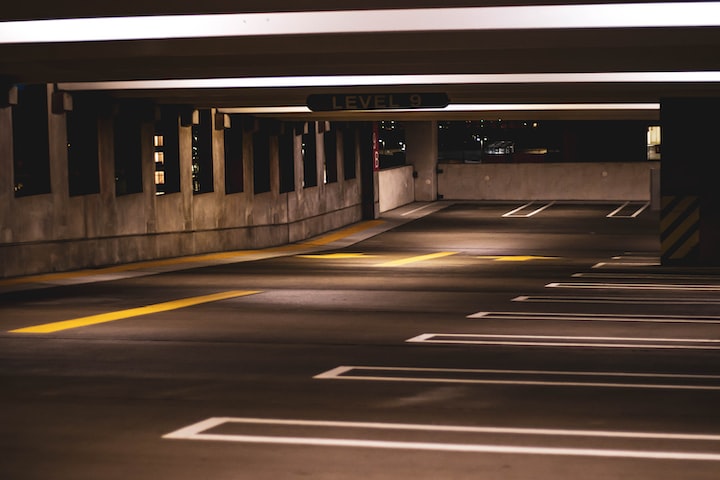 Photo by Aaron Lutas on Unsplash

Let's set the scene so you can picture this in your head, 10:30 pm in my condo parking lot grabbing my keys out of my fiance's car for work the next morning. I am fully bent over in the passenger side of the car reaching for my keys. After I grab them and stand back up, I immediately after turning around notice an older man making direct eye contact with me, speed walking right at me. It was in slow motion and what was probably only a few milliseconds felt like a few minutes, I was frozen with fear as he got closer but eventually got the courage to take my phone out of my pocket without breaking eye contact.

I dialed my fiance as he turned what seemed to be the sharpest 90-degree angle towards the condo now pretending to act like he is going to enter the building. Our garages are blocking the view to the front door, so as soon as he rounded the garage corner I lost sight of him. (Just a side note so you don't get confused I don't park in my garage) I park in the parking lot to the right of my building. Anyway, he rounded the corner of the garage to act as if he was going in the front door and lived there even though there are only seven different people in our building that I know individually and have never seen his face, and as I rounded the corner of the garage I noticed him rounding the other side as if to go back to where he came from.

Immediately my brain made me feel ridiculous for ever believing I was in danger, that I was just a paranoid scardey cat, and came up with about 15 reasons of what could have been the reason he was out and poking holes in my fear and almost making myself feel stupid for feeling the way that I did. After getting inside and talking to my fiance she brought up the point that just because I didn't get killed didn't mean I was overreacting. She went on to point out some facts. It was 10:30 pm, it was extremely dark, he was making eye contact with me, he was walking fast right at me, and he was an adult man. With all of that considered it was normal for my brain to be scared and be on guard and that was just my body's way of trying to keep me safe.

To get to my main point of the story here though, my realization I had. Borderline Personality Disorder is not just caused by trauma, it is caused by the invalidation of that trauma for a long period. Growing up everything from my emotions, to my opinion, to my hobbies, and also my trauma got invalidated. I remember telling my dad when I was 14 that I wanted to quit softball and he replied what other time would we get to spend together, and so I played all through high school and one year of college just for him, pushing down my interest in reading and writing because time was spent in school or practice. I remember pushing down my inner intuition so many days wanting to quit but ignoring it for others.

To also a bigger example I remember crying to my mom the day my SA memories finally came crashing down on me after I had slim memories of it, and her taking his side because he said he didn't do it and if he did he also had trauma from it and that's why he doesn't remember. I didn't like anything because I liked it I liked things because I was told to like them. I was told every decision I should make and every feeling I should have.

Now that I'm an adult I'm expected to pay bills, work, budget, cook food. So many things in life, simple things in life I struggle with because I never learned to trust my intuition and the choices I make, and this story shows how it affects bigger things too. Always second-guessing yourself about everything makes life so much more difficult because my original feeling is usually right. It is not natural to not trust your instincts though, it is taught. My entire life I have not known what I like and what I don't.

Although I have found a little trick around the system is the things I press down the most are actually what I thoroughly enjoy doing, but I just got put down so much about them I feel shame and anxiety about it. I've worked hard on this and I have already found two interests I did as a kid which are reading and writing that I love. As a kid I wrote and read all the time, there was rarely a time I was not writing a story or reading in my room until my parents shaped me into the athletic softball player they wanted me to be.

Some advice to parents let your kids trust their intuition and learn to depend on it, humans are meant to live off instinct and the reason I struggle so much in finding happiness in mine is that I was never able to. Let your kids grow into their own humans. If you do have Borderline my tip for you is to explore that. Go in deep find things you've pushed down so hard, it might have been for other people. I have started to fill my days with a little bit of happiness, which is such a brand new feeling to me that it is bittersweet.

21. Diagnosed with Borderline Personality disorder. Wanting to educate and be a positive light about mental illness. Pronouns They/Them.

More stories from Ollie Skye and writers in Psyche and other communities.