by Tamika Muir about a year ago in trauma
Report Story

The continued journey to myself 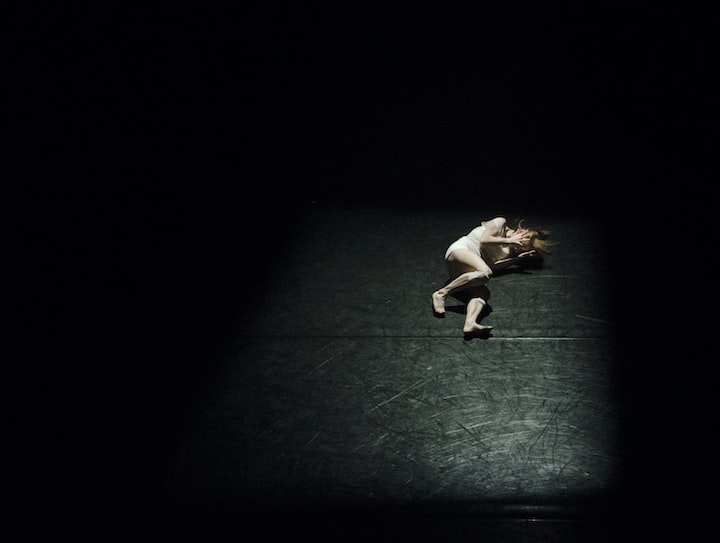 Photo by Hailey Kean on Unsplash

The guy who wanted to control me & have only me in his life was abusing me & threatening me with violence , sexual exploitation & discreditting me with anyone I knew including my children. We met off a dating site he was eager to meet me & seemed like the type of guy who likes to please people. He came to my house & hardly spoke a word, but was very polite & showed interest in what I had to say. He briefly spoke of his lifetime goal of searching for gold, he left without saying goodbye. Our next interaction was surrounded by strange occurences, I felt an excited rush over me when he would of been heading on the 2 hour drive down the freeway, later confirmed with a text message, when he arrived into my estate all the streetlights went off. I had thoughts of I am connected to this guy on a deeper level, society supported the beginning of this relationship. He was again polite, respectful & affectionate. We had sex that night , he acted if it was his first time & expected me to thank him, strange behavior I thought. Four days later I received accusing text messages from him of being a crackwhore, junkie & worthless, he sent several, I blocked him as I didnt deserve his abuse & thought he was a crazy psycho. A few weeks later I had a judgement thought that maybe I was too hard on him & should give him a chance to explain his behavior , he wanted to see me again, I wanted to see him too I felt drawn to him, I liked the energy he gave off when around him. Whenever we saw each other we had copious amounts of sex, he showed care for me & sincere attraction, I felt protected around him. The more I saw him & communicated with him the more the voices would try to interact with me, drawing me into listening to them & focussing on the importance they felt they had in my life. We were driving one day in my estate a voice asked him if he felt that, when I rested my head on his arm, he nodded his head. He was on the phone raised his hand up as if to turn the volume up & stated he could hear it four blocks away. It was like he was communicating with the voices I could hear. He used to wrap his arms around me like silencing the voices intruding in my every day life, they would quieten. It was if he had some sort of influencing control over them. While in my vegie garden one day a voice from over the fence told him to help me out & another time was them stating to him they didnt want to do that to me, they were just trying to communicate with me to awaken me to them watching me. I felt intimidated & freaked out, why were people attacking me in my own yard, when I wasnt doing anything wrong. The feelings of being observed & judged by those around me increased to paranoia, the voices kept making me aware they were there, asking me questions & forcing me to speak to them, I would speak to them in my head. My so called boyfriend increased his unusual behavior of accusations, degrading me & threatening me while not in my presence. While with me he acted as if nothing had happened & treated me very well, giving off a vibration of connecting energy. The voices would tell me it was true love, even when I was crying defending myself over the phone to him trying to convince him I was not the person he was implying. The situation got increasingly worse I was judging & analysing myself, thinking maybe I portrayed myself that way. I was always worried I was being observed for my actions, behaviors & thought pattern. It was like I was trying to be controlled by the whole community. I thought I could hear their thoughts about me & they would directly target my words in my head. I would look at the moon for comfort & they would tell me not the moon again, a voice asked because I could see birds overhead if I actually thought they were mine. It was if they were taking my appreciation of the little things away from me, like I wasnt allowed to be involved in anything around me, isolating me out. When strange occurences were happening my constant team of voices would express their part in that happening, like they were controlling everything around me, including nature & animals. It was pointed out to me by a friend who met him, inquiring as if he was the alias contacting her stating how much of a piece of trash person I really was. She showed me the messages & there was a picture of him entering me on my bed, I dont recall him taking that photo. I tried to explain the judgement I was feeling was from not being aware of who he was belittling me too, anybody could of been receiving these accusation messages. I became more intimidated & self judging about everything I did, I couldnt affirm to myself I was truly not the person he was trying to convince people I was. I became hollow, depressed, stressed & anxious, I felt powerless in defending myself against him. I knew he was treating me badly & was trying to convince people to not socialise with me taking my life away from me bit by bit, insuating my words were meaningless. I was so broken sometimes I could not visit people or go to the shop, I felt I wasnt worthy enough to communicate with my kids. I even covered my mirror so I could not see myself, my self confidence destroyed, my trust in people questioned, shame & guilt overcame me & I began to believe I was worthless.

I am a single 41 year old pisces, I was diagnosed as being in a drug induced psychosis which developed into skitzophrenia, I have a methamphetamine addiction for no explainable reason. I have wonder as to why I experience what I do.

More stories from Tamika Muir and writers in Psyche and other communities.