Does an 'influencer' do more harm than good?

by Annie Kapur 22 days ago in social media 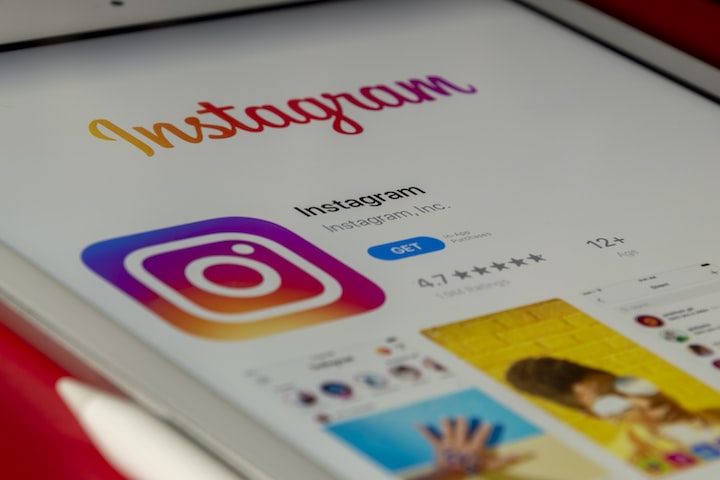 The phrase 'social media is fake' is tossed around so often that it has become a cliché amongst the 'influencer' community. The importance of self-love and self-care is brandished in a sparkly filter and edited to make the 'influencer' look more aesthetically pleasing and so, undermines and contradicts the actual message they are advertising. The irony being that 'social media is fake' - and that is all of it. Every. Single. Thing. This is what many young people do not understand. When your favourite 'influencer' is talking about self-love in front of a filter to make their waist look smaller on a video, they are being fake as well. They are promoting the idea of self-love from a place of great narcissism and bad intentions. Why? So that you do not use said filters and editing to make yourself look a certain way, but they continue to. Again, why? Well, because they want to make themselves feel like they are better than everyone else and because of the vapid nature of an 'influencer' - they focus purely on the appearance and nothing else. Intelligence, personality and personal qualities do not matter to them. If they can feel like their appearance is better than yours then they will promote this in any way possible. It is a senseless and sociopathic act of narcissism.

The way of the 'influencer' is more narcissistic than we may realise. Now, though I do not know the names of them, I do recognise similar faces popping up on advertisements every now and again. One thing that I see is the heavy amount of editing work that goes into the photographs and more than once I believe, I have seen them go pretty down south. What I mean is that they are not always well edited despite having a team of people working on the process.

However, when it comes to the 'influencer', the whole point of it is to look more 'aesthetically pleasing' in terms of what is 'modern and cool' than everyone else. This is why you may notice that a lot of them look pretty much the same. The crafted eyebrows, the tanned and ethnically ambiguous skin, the nude eyelids with the flick of eyeliner and the heavy contouring with a nude lipstick shade in which the lips are horrendously big. I think I have described them all.

In the wake of this, many companies and 'influencers' have been reprimanded for their fraud in photoshopping makeup on their faces in an attempt to make the makeup look less realistic than what is actually being advertised. Therefore, fake advertising definitely comes into play. But in terms of photo-editing, 'influencers' edit everything from the angle of their eyes to the shape of their nose. From their hips and waist to the length of their legs. It is actually embarrassing to think about it because so many people want to meet these internet celebrities. What would they think when they realise that their 'influencer' looks not a lot like their photos on the application?

I have recently read about many instances in which people have taken photographs of 'influencers' into cosmetic surgery offices and stated that they wanted certain lip/nose/waist/breast/bottom/eye etc. surgery done in order to have the same of that particular item. This is mostly thanks to the narcissistic money culture in which these 'influencers' spring out of. The middle class tanned white skin demographic is filled with people wanting to look like one of those Kardashian sisters.

Unfortunately, it is those that already have money and are already part of the elite that can afford to have these better surgeries. As these surgeries become more and more popular, they also become a status symbol with your 'influencer to be' showing off lip scars and burns on photos and videos with 'no makeup' in order to show that they have had said surgery. On the other hand, there are people who have clearly had surgery and flat out deny it, which is even worse as it suggests that not only is this a 'normal' way to look, but that others wanting the same status symbol must gain it by natural means even though the 'influencer' themselves clearly did not.

The Danger of the Cosmetic Surgery Boom

Since many more elite people on social media and in the pop culture news are getting surgeries to make themselves look more like the archetype of 'beauty' in our new age, this leads to surgeries becoming more in demand and therefore, a bump up in their prices. Cosmetic surgery is obviously quite dangerous and if you are going to get it done, you should be getting it done properly. But what happens when 'properly' is too expensive and you have a person with Dysmorphia because of these social media 'influencers' flauting their 'natural' and 'enhanced' looks on the internet? The person in question will get it done cheaper and more than often, it will be severely harmful to the person's health.

Do I blame this on 'influencer' culture? Yes. I wholeheartedly do. The amount of younger people from the ages of 12 through to 21 that are wanting these surgeries and wanting to look like what they see on the internet and in social media is the new version of what there was when I was younger which was 'wear this lipstick, free in the magazine! It was worn by [insert 90s-2000s celebrity here] at [major event]!'

This lipstick would be a cheap knock-off of the possible designer lipstick the celebrity was wearing and would be fairly bad for your lips, drying them out or making them sticky etc. For teens to be wearing lipstick back then was a whole new argument altogether. It was the ultimately symbol of 'cool'. Now, it is the same thing just in a different way. Teenagers are now interested in lip injections, but in order to get them done well they need a lot of money which they do not have. Therefore, getting them done cheaper will aleviate the psychological pain of not being 'cool' and 'trendy' but not the pain it will cause later on because it was done cheap.

I'm not going to tell anyone what to do or to 'be happy with how they look'. I am actually going to tell you that these 'influencers' on social media all pretty much look very similar or have very defining features that fit with the modern trend. This trend, in ten years, will be completely different and so the features they have had put in plastic on their faces will now be 'out of style'. The question of whether it is really worth it in an industry that is ever-changing is that it probably is not.

If you're old enough to remember the early 2000s, I want you to think back to the beauty trends back then and see how much they have changed in just about twenty years. It's completely turned on its head and in twenty years from now, I bet it is going to do the same.