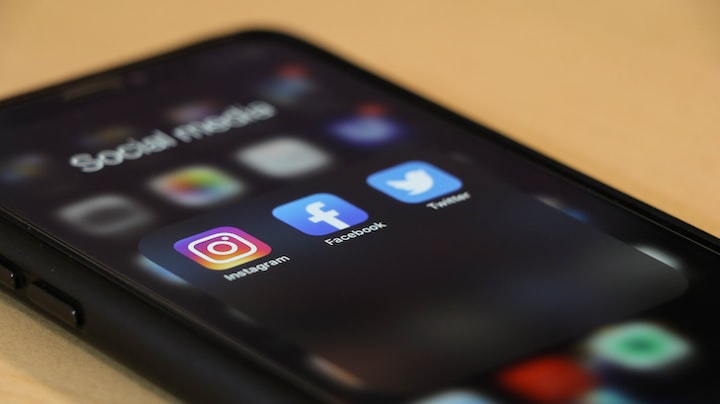 It is far too often that we see people blaming social media as having a direct impact on the mental wellbeing of a teenager. But in reality, there are actually tons of factors in which only one of them is social media, that add up to the teenager's mental wellbeing suffering in this new age. Social media is more like a blanket statement as it has been around for a good decade or so by this point, maybe even longer, and through the MySpace era moving into their mid-twenties and early thirties, we can see the kind of negative effect it has supposedly had on the minds of these growing people.

I would beg to differ though when someone says that 'social media has made the mental wellbeing of teenagers suffer incredibly'. It is not so. What has actually happened is that all of this suffering in real life has been collected on to social media and now that people are expressing themselves more, we can see the true nature of this suffering. As long as there has been a society in which teenagers are taught that their opinions do not matter, then there will be rebellion through misbehaviour and depressions, anxieties etc. But, the root cause of it is not actually social media and I am going to show you why social media is not the problem - it just collects and allows the problem to be expressed.

So, is social media really to blame? Or has it just shown us the failures of a society that is supposed to protect its young but has only succeeded in keeping them from most physical harms?

According to the WHO, one in six of the people who experience mental health problems are aged ten through to nineteen and that a good mental wellbeing promotes some of the development factors in an adolescent such as:

Even the WHO has claimed that access to technology, social media and other forms of digital mediums can exacerbate mental health problems, not necessarily cause them.

But, on the other hand, according to 'Just Say Yes' - a charitable research site providing mentoring programs for young people - social media usage is directly connected to the following mental health problems:

Being directly related to one of these and being the cause of one of these is yes, two different things. But, the language related to the topic insinuates that these mental health disorders and social media usage are directly connected and that one causes the other. This is simply not true and though the best intentions are served, the wording is somewhat not correct.

But the real question is: how are these problems stated by the 'Just Say Yes' foundation becoming exacerbated by social media as the WHO says?

Let us have a look at three examples from the list above in order to see:

The APA defines 'anxiety' as the following:

An emotion characterized by feelings of tension, worried thoughts and physical changes like increased blood pressure. People with anxiety disorders usually have recurring intrusive thoughts or concerns. They may avoid certain situations out of worry.

The most common causes for anxiety are seen as the following:

None of these actually mention social media, digital media etc. at all. Instead, the exacerbation of these should be focused on via social media. Let us take the first one as a prime example. Pressure to succeed is often capitalised upon by social media as the lifestyles of people who are rich and famous, seen as successful and popular are often advertised ad nauseam even to people like me, who do not care for them. The sheer amount of advertising of these being put out on to social media substantially exacerbates the fear of failure.

If you look at it this way, social media is just another form of media influence. Before it, there were magazines in which teenaged girls would be told 'this is what you have to wear/do in order to look successful' or something like that and boys were told 'these men are successful and you have to be like them'. Both of these are harmful messages put out by media but social media itself was never the problem. The problem was advertising and audience. The audience of social media is far larger than any magazine has ever managed. The ability to advertise and influence the young mind is so much easier now that it ever has been.

Again, the problem is not caused - it is exacerbated.

What is low self-esteem?

Self-esteem is defined as the following:

An individual's subjective evaluation of their own worth.

Therefore, to have low self-esteem would be to have a low value of your own worth.

But how do we recognise low self-esteem?

There are probably others, but these three are the most exacerbated by social media and the ones that adults with teenagers seem to worry about the most. The question is not whether social media is giving them low self-esteem, the question is about whether it was there in the first place and the adult simply did not notice.

In order to lessen the impact of low self-esteem, there are a number of things you could try with your friends, family etc. These include but are not limited to:

Social Media is often blamed for begetting this problem in teenagers whereas, it only exacerbates a problem that is already there through the changes and balances in their hormones. It is almost always the case that at one time or another, a teenager will feel low self-esteem. Some may feel it stronger than others, but it has been around for so long that this is not actually the problem of social media. The problem of social media is not only focusing on the fact the teenager has low self-esteem but also seemingly doing nothing about it. Both of these are negative attributes to that environment.

Loneliness is defined as:

Sadness because one has no friends or company.

Again, this is not a problem that is created by social media but exacerbated by it. You can have a teenager who has felt alone and so, has gone in search of friends on social media (which is normally why teenagers go on social media in the first place even though they may not realise it), and they can still feel loneliness because the amount of friends was never actually the problem. The problem with loneliness is that they feel like nobody is actually listening to them. They feel like what they say does not matter and what they do has no impact. In order to stop this from happening, do not take away social media because this can again, exacerbate the problem. Do not let them spend their whole lives there because again, that exacerbates the problem.

Instead, try to listen to their ideas. Don't laugh at them and don't treat them less than you as a human being with emotions and opinions. As someone who has been treated like that and most likely still is - I can honestly say that it is not nice to deal with and the person ends up shutting down in conversation and social contact. You don't want that. You want to make sure you ask for their opinions first. Make sure you involve them in conversation and keep it conversational - don't talk over them or at them. You should converse with these people because someday they are going to grow up and they will need companionship. If they feel like nobody is listening then they will not bother and they will feel alone forever.

It is exacerbation vs. causation and I think that honestly, these problems were there to begin with and we have simply dealt with them by putting them all online and letting people try to find out for themselves. Obviously, with the hormones that are changing and emotions all over the place, teenagers can be very vulnerable to opinions of others and therefore, it is a good idea to help them to find a hobby that is not online or does not include a screen. The more time they spend dealing with the problem the better - social media will either be an exacerbation or a distraction and that is not a good idea. But it is hardly ever the causation.

More stories from Annie Kapur and writers in Psyche and other communities.