After Beating a Decade Long Depression, This Is How I Regained My Physical Health

by Leon Macfayden 5 months ago in recovery
Report Story

From fit to fat to kind of fit again 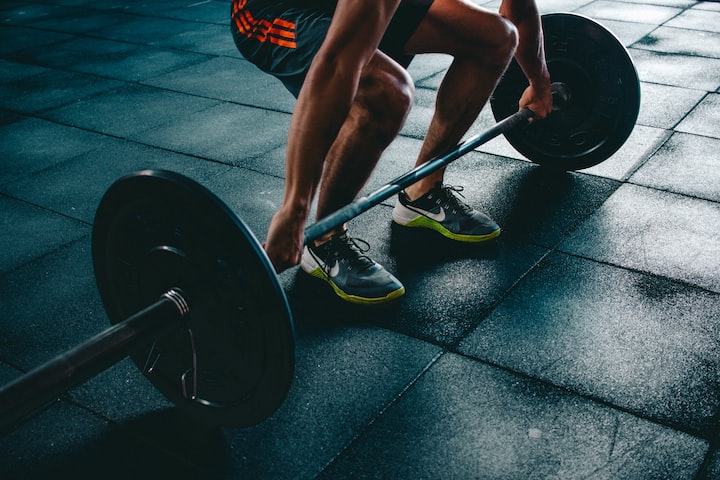 Photo by Victor Freitas on Unsplash

I had zero physical fitness when I regained my sanity after a fight with depression that lasted almost a decade.

I am not exaggerating.

I started working out when I was a teenager due to bullying. Six days a week of weights, martial arts and boxing. I achieved a black belt in karate and was proud of my level of physical fitness.

I also had confidence. My goodness, I had worked hard for that!

Yet here I was — wmerging from a 10-year depression that had ravaged my body almost as much as my mind.

Various psychiatrists had prescribed numerous medications for me until I found the combination that worked. The downside was that in just one year, I gained 90 pounds.

Let me stress to you the medication did its job. It is the primary reason I overcame my depression and am here to write this story. I swear by it and believe I had exhausted all over options.

But gaining 90 pounds, especially in such a short time, is no joke.

Apart from feeling grotesque, I had to commence medication for high cholesterol and high blood pressure. Considering I had placed such emphasis on fitness, this was the last cruel blow from an illness that had already crippled me for nearly a decade.

The black dog was sending me its parting shot.

The Good News is Coming Soon!

So when did I turn everything around? When did I return to my previous life as an ultra-fit, confident health freak?

But just because I didn’t just pick up where I left off doesn’t mean there isn’t any good news.

My first step was in changing one of my medications. I take a combination of anti-depressant, anti-psychotic, and mood-stabilizer. It was the anti-psychotic that was responsible for the weight gain.

You see, I didn’t “just” have depression. I was diagnosed with schizo-affective disorder, which is essentially a combination of schizophrenia and mood disorder.

Before I found the right antipsychotic for me, I heard voices, experienced delusions and met all the criteria for society to diagnose me as a nutter. The medication which caused my weight gain had helped somewhat, but I still had residual symptoms.

I was worried that changing the medication was a gamble. I might feel a lot better and lose weight or feel even worse.

It turned out to be the best thing I have ever done.

Simply by changing the medication, my depression and psychosis went into remission, and I lost almost 30 pounds. The new drug was also infamous for weight gain but with much less severity than my earlier one.

I was now ready to get back into the world of exercise.

I no longer wanted to go to a gym. It would serve as a painful reminder of the person I used to be, and I dreaded being around people.

So I harnessed the power of the internet and found a subscription-based on-demand website where I could do an exercise routine called Body Combat.

Body Combat is a martial arts-based exercise program where you perform combinations to music. Each track represents one round in a boxing match, and each round focuses on different aspects of fitness. No equipment or partner is required.

I fell in love with this form of exercise. I expected to be a bit rusty, but I naively thought I would revert to my old fitness level in no time.

The reality was that I couldn’t do a single press-up. The jump kicks felt like they would break either my heart or my shins, and as for sit-ups… I was still 60 pounds overweight!

And I stayed well away from the jump kicks!

I could do the plank for a minute without feeling like I was giving myself a hernia.

Discipline and Persistence Save the Day.

It has been three years since I restarted my training regime.

I haven’t lost all the weight.

I haven’t regained all the fitness I had back in my early 20’s.

My diet is a daily struggle.

However, I have improved vastly from where I was when I emerged from the dark cocoon of depression.

I have lost some of the weight.

I have regained a lot of my fitness.

My diet remains a daily struggle…

I have always been a perfectionist, but my exercise highs and lows have taught me it is okay to do your best. You cannot expect anything more from yourself.

Vastly more important than the need to be perfect is the ability to stay in the game no matter what. Discipline and persistence will see you through any trial or tribulation in life.

I am no longer on cholesterol or blood pressure medication. I am proud of so many things in my journey toward recovery, and I know the same will be true for you.

Recovery from depression is not a linear path. I still have bad days. The difference is I can now handle them and live with my situation.

You may not be perfect, but you are amazing. Anyone that stays in the fight and never gives up improving their lives can be proud. So keep putting one foot in front of the other.

A year from now, you will be amazed at your progress.

From Depression to a life of Health, Love, and Joy. I am passionate about sharing my experiences to help others. Open to writing gigs [email protected]

More stories from Leon Macfayden and writers in Psyche and other communities.