10 Most Alarming Signs of an Eating Disorder

by Skunk Uzeki 11 months ago in eating

If your friend or family member is showing signs of an eating disorder, it may be time to call for help.

From the ages of 15 to 23, I had a very serious eating disorder called anorexia nervosa. It was an eating disorder that made me hate food, and even today, I have a hard time eating when I'm stressed.

Being a veteran of eating disorders has given me a sixth sense when it comes to knowing whether or not people have eating disorders, or when they have a negative body image. This makes me pretty darned good at offering help, or being a go-to person for advice on getting better.

The thing that baffles me these days is how people seem to remain totally oblivious to people around them. Like, how do people ignore the signs of an eating disorder taking hold of someone they love?

If you are concerned about a friend's behavior and weight loss or fluctuations, use this article to help figure out if you need to talk to them.

Your friend doesn't eat in public. 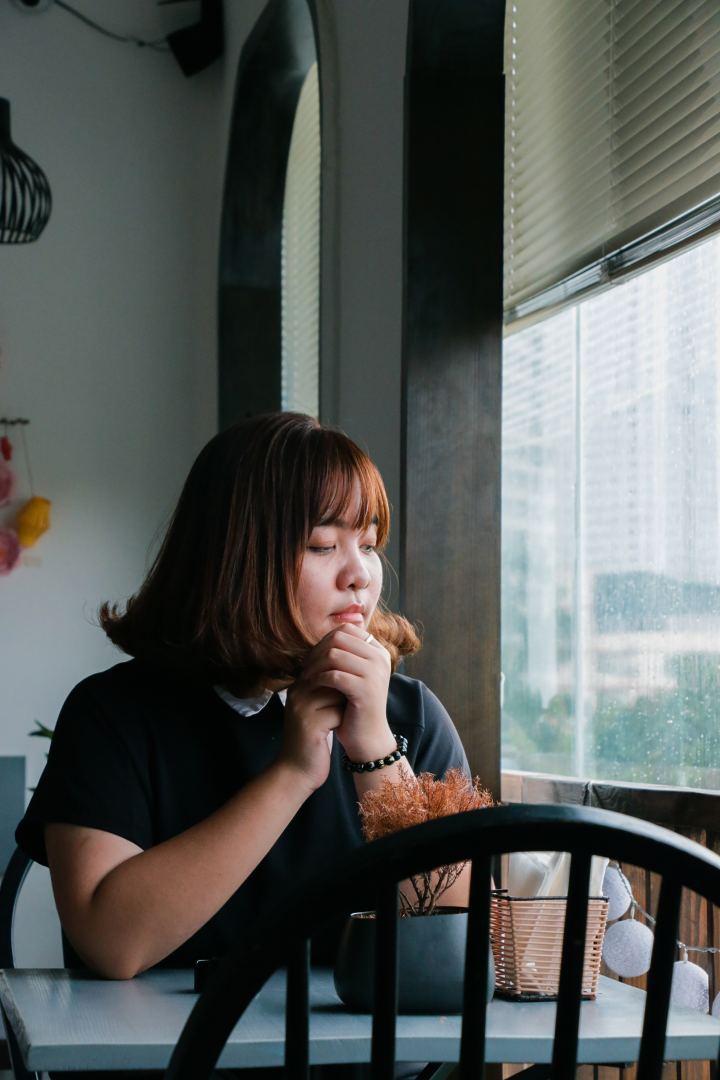 If you have anorexia or an EDNOS (Eating Disorder Not Otherwise Specified), you do not want to eat. Eating freaks you out. It makes you feel like you're defiling your body, and you don't like having people see you at a "weak point."

Knowing this, it's understandable why a lot of eating disordered people will have difficulty going out to eat with friends.

Strange eating habits tend to be the most obvious signs of an eating disorder, especially if you watch them pick through a meal. People who have anorexia nervosa may claim to have food allergies they don’t really have, or may spend most of their time cutting up food into tiny chunks. Some will also grab several glasses of water before they even touch their food.

People suffering from bulimia nervosa, on the other hand, may down their food with a nice handful of laxatives or run to the bathroom immediately after they eat. They may also prefer liquid foods and bland foods to spicy, crunchy foods. They typically eat a lot more than most others, too.

They really focus on ingredients in food.

For me, one of the most damning signs of an eating disorder comes from a person’s focus on ingredients. Most people who have disordered eating are obsessive about the food they put in their body.

A lot of people suffering from anorexia and EDNOS will cross out entire portions of food due to caloric content. People suffering from orthorexia (the eating disorder you've never heard of) will focus on the health quality of food, disregarding any sort of balance.

They have been losing or gaining weight at a breakneck speed. 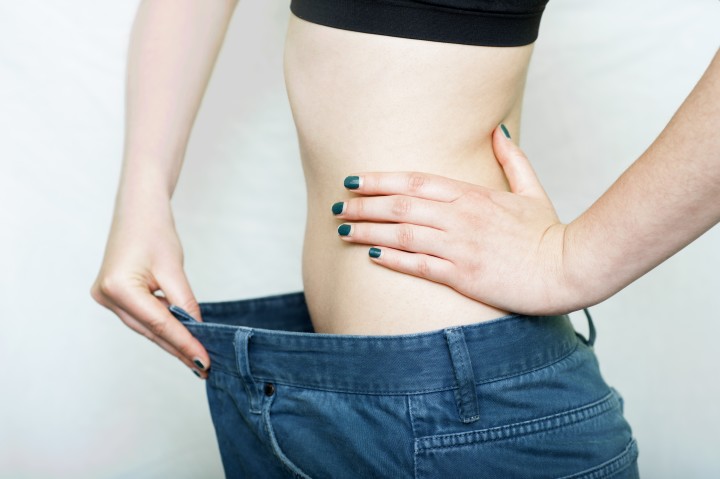 When an eating disorder takes hold, there’s often a very drastic change in a person’s appearance. In some cases, they may start packing on the pounds or be suffering from weight loss at an incredibly fast pace. So you can understand the difference, people who develop anorexia tend to lose weight rapidly, while compulsive overeaters gain it.

A sudden change in size should be cause for concern with just about any friend’s health. That being said, it can also be due to other issues.

If you ask them why they don't eat anything, they seem very defensive.

A normal person, when asked to eat something, will not freak out. They will just say no. If you push them, they will get annoyed. One of the warning signs of an eating disorder is seeing someone freak out when they're pressed to eat.

That's a sign of "thou doth protest too much."

The person in question has breath that smells foul, even though they clearly brush their teeth.

You might not think this has anything to do with eating disorders, but it totally does. A sufferer of bulimia nervosa or EDNOS will often undergo cycles where they "binge and purge."

Translation: They eat a bunch of stuff and then throw it back up. A single puke session will not make your breath smell foul, but if it's a regular habit? Oh, yes, it will.

Anorexics aren't too good in terms of breath, either. They get foul breath because they don't eat enough to keep the bacteria in their mouth in balance, which leads to staleness.

They wear beaded bracelets with dragonflies on them. 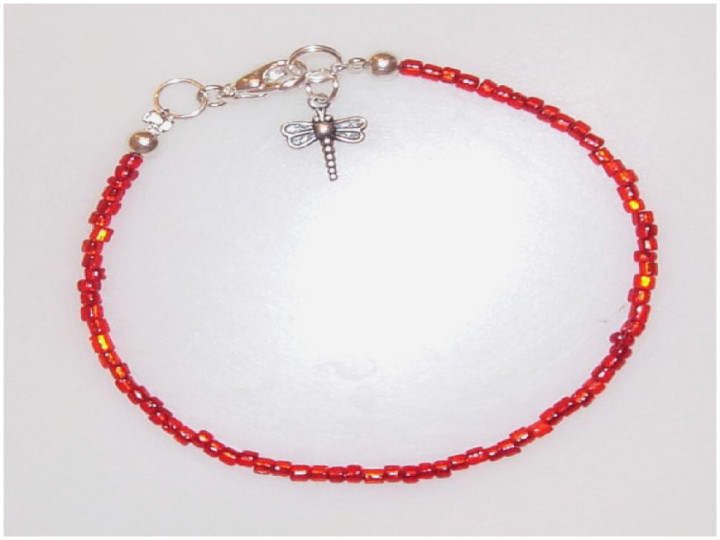 Red beaded bracelets with dragonflies seem innocent at first sight, but those who had eating disorders know better. These bracelets are signs that someone is a part of the "Pro Ana" community—a community that is associated with extreme eating disorders.

This community is known for trying to cope with eating disorders by trying to be as healthy about it as possible. Unfortunately, in practice, it often acts as an echo chamber that makes people compete to see who can be the sickest.

They stop being social.

Living life with an eating disorder means people are often trapped in their own minds, worried that they will not be loved by others without being thinner. It's a particularly vicious kind of self-loathing that makes you feel ashamed to be near others.

Most people who are in the throes of a serious eating disorder will remove themselves from social circles. If you notice your friend becoming increasingly withdrawn and anxious, you may want to reach out to them to see if they're alright.

They started to hoard food, collect recipes, and cook elaborate meals that they don't eat.

A lack of nutrition does really, really strange things to your mind. As someone who's been through the wringer, I can tell you that it tends to cause serious obsessions—mostly when it comes to food.

Most people I know who suffer from eating disorders have a strange fixation on food. They may hoard food in their homes. Many have recipe collections they fuss over, but never cook.

When I was eating disordered, I'd cook lavish meals for friends but never partook. Such is obsession, and the joy of vicariously eating.

They go to extreme lengths at the gym. 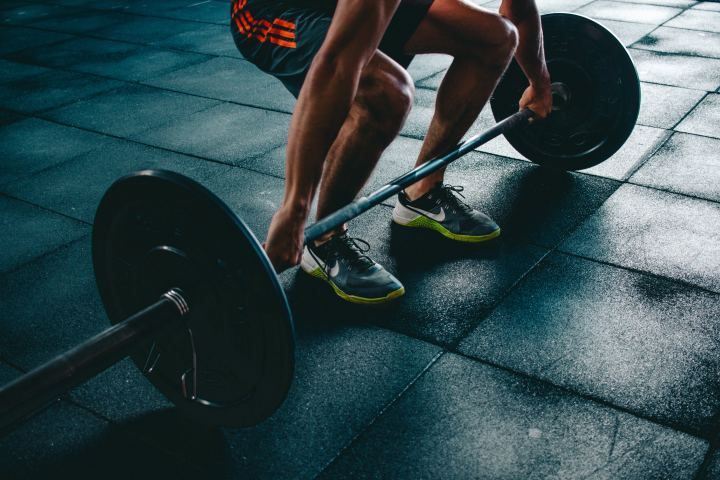 Exercise bulimia is a thing, you know! When you're a bulimic who focuses on exercise as a way to purge, your obsession with hitting the gym will become one of the telling signs of an eating disorder.

Most people push themselves at the gym, but an exercise bulimic will do a lot more than most. They may run for eight miles a day, lift crazy amounts of weight, and even work out when injured. Having a fundamental understanding of eating disorder awareness will allow you to approach these people about a problem they are facing, or will at least allow you to let them know you want to support their recovery.

eating
Skunk Uzeki
Read next: Never In the Cover of Night
Skunk Uzeki