by Jay,when I write 2 months ago in Community / Pop Culture
Report Story 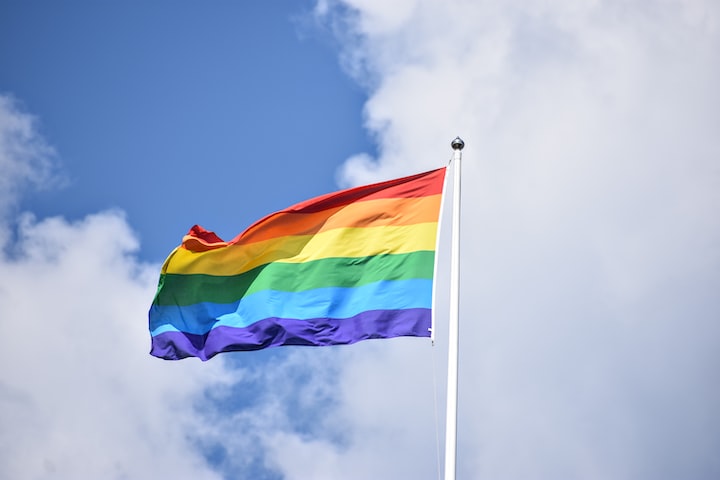 Photo by Rob Maxwell on Unsplash

Mama/Momma and Mom. That was always soooo cute to me and I had so many conversations with my girlfriend on which parent we seemed to be more like (although, I never want kids), and what they'd call us (I wouldn't be either even if I had a one of my own, but I do like the sound of "momma/mama").

Anyway, enough about me. This show is about Callie (teen girl) who is the MAIN main character. She has been in and out of homes, and is accepted into the home of a loving family (2 moms, 1 bio son & adopted twins). Callie also has a brother named Jude. Lots of drama, romance and just love in the whole show. You see everyone grow and feel connected to the family.

The moms aren't the only queer characters on the show though. I can't tell if it'd be a spoiler if I say another main character's name, or the side characters that appear.

Yes, there was lots of homophobia (+transphobia, biphobia...) (and that was even within the community like Santana being biphobic), but as a kid who didn't have much rep (and even less compared to my white queer peers), I depended on this show to give me stories that I not only simply enjoyed because they made me see more sides to everything, but I could also see myself in them. Finding out I wasn't alone in the whole, "Yo, men are niiiice...but women are niceeee too" thing was awesome (I have since realized I like all people for real. Man, Woman, Enbies/NBs like me etc.)

About: A group of teens join a glee club. So, there's singing, drama, romance, deep talks etc. This show manages to. tackle a lot of serious topics (not well most of the time, especially looking back on it after some years...but they did get a lot of recognition/love for just being willing to talk about so much and trying to be so inclusive) (The people who've watched it as kids like me, def have a stronger hatred towards this show than others, but we also love it?I mean, we saw ourselves somewhere in this show & met people we loved/hated) I had a crush on Santana and hated Mr.Schue but loved some of the performances(singing).

From the mind of Lena Waithe, Twenties is about...a queer Black woman...get this... navigating her twenties with her two straight friends. Who woulda thought? Anyway, I haven't seen much of this show, but I did start it because Hattie is 4 things that I am: queer, Black, in my 20s and a screenwriter. She even has more straight friends than queer ones, that's like MEEEE. C'mon. The rep is right there. And I love that for me. So, I should probably continue watching it huh?

This was a cute little teen show honestly. 1 queer teen, and two classmates have to go to a Shoplifters Anonymous group. Yup. Got some drama, got some quick jokes, got something to keep your brain from working too hard.

tw for this show: does deal with addiction & sexual abuse

A queer person I was into recommended it, so of course I watched. It has been a while since viewing this, so I had to pull up the ole Google. I do remember it was both funny and sad + made me angry at some point, but I don't remember why.

Semi-autobiographical (say that three times fast) series that follows a comedian named Mae(so, it's a comedy) who is a recovering addict that must figure out gender, sexuality, addictive behaviors, and intense romances + the past.

Queer in what way? One of the main characters is a cool lesbian who's sick on a skateboard and does not back down from a challenge or fight.

So, this show is about skateboarders who are women navigating the skateboarding scene in NYC baby. I was really enjoying it before I had to hop off my friend's HBO Max subscription. But, this is the same cast of Skate Kitchen (where they uh, do the same stuff but add in more "boy drama" and more of a focus on a different character a part of Betty's main cast)

Gay Black man who is a part of the main cast. He's pretty nerdy, but also shows there's more to him than just his love for nerdy things...He is also seen as someone with "emotional issues" according to Wikipedia.

Admittedly, I wasn't a fan of the show and had to stop watching. I do remember enjoying the movie though. Anyway, Black college students deal with racism, classism,uhh yk social injustice & politics & whatnot (which is why I started watching it), and apparently the show got so whacky that it included mysteries and a musical season. So. Yep.

A show set in Spain, so it's in Spanish but there are subs & dubs.

You get: bisexual, lesbian & gay characters & even trios (poly? I don't believe anyone actually confirms) in different seasons. I won't lie though, they do make queer people look really bad y'know? Like cheating/lying. Like is it bad rep? Or not?I mean, the straight people are just as messy on the show so... I can't tell even as a queer person. You decide for yourself. But, I did like some of the stories. In the few seasons you have conversations about being Muslim & gay, coming out, finding out that you actually like something else than what you thought you did, y'know the whole "sexuality is a spectrum" "sexuality is fluid" stuff. Love that.

What is it about?

This show is dra-ma-tic. A high school full of rich kids (and a few scholarship kids) hiding murders and other secrets. A "who-dunnit" show. I won't lie though, it does over stay its welcome. It's a show that also replaces the cast as they age out/their stories change. There's a lot going on.

9. One Day at a Time- Netflix? Hulu? I first saw it on Netflix, then it disappeared, so I watched on Hulu, but now it's not there...and google says it's on Netflix still

One of the main characters is queer and gets a partner, which is cool. It deals with coming out too.

About: A newly single Latina mother raises her two kids with the "help" of her mom. There's a guy in the building that bothers them, and the mom is working and studying hard to reach her goals. It's such a nice show.

She's an artist in Brooklyn who's just trying to stay true to herself by creating art her way & going thru relationships in her way. I was like "who is she gonna choose" but she's like "why I gotta choose?"

There's a main character that questions her sexuality, There's WOC f/f couples, there's gay male characters, there's a queer Muslim character...yo, this show was everything for my little gay heart.

The Bold Type: Three women work for a magazine in New York City. They struggle with their careers, relationships, and everything in between. The show is funny, heartfelt, intense/dramatic at moments, chill...and I loved it so much (cries because it ended, but smiles because it existed...exists...on Hulu)

(also has nudity & strong language, so maybe don't watch this with granny)

Rue, played by Zendaya, is queer (but isn't the only person in the alphabet community). She's a teen, her family is mourning her dad's death, and she's addicted to drugs. She has an intense romance. And the show touches on gender identity.

there's drama all around-with every character (break ups, drug dealers, a sister (Gia/Storm Reid) dealing with having a sibling who is addicted to drugs, people trying to make themselves perfect for people etc.), and just....a lot.

I didn't watch the latest season outside of people posting about it every second because I already knew this show wasn't for me. Not because I believe it glorifies drugs/alcohol (I disagree with that because it's literally about dealing with addiction and no one seems to be able to have a good time under the influence in this show...like they drink a sip and ruin their lives more)(I mean, you can argue that they overdo it for shock factor, but you be the judge), but I can't really stomach it. It took me sooo long to get thru season 1, but that one destination xmas special was the best imo. Storylines matter the most to me & sadly, the writer messed up most of them from what I saw others say.People are leaving the show left and right. But, Zendaya has won awards for her incredible performance and from what I saw...the acting in this show is phenomenal along with it being such an aesthetically pleasing watch. The writing/storylines that were dropped just ruins it imo mixed with him forgetting characters. But, you do feel like these characters are real and you feel so much pain, love or anger towards them.

Anyway, watch if you want. But, be aware of the issues and ssubjects within the show because it is incredibly intense.

p.s she was not right to make that play and people should acknowlege she sucks for that.

Well, this has been part one of the fun. I'm so happy there's more shows for me to watch nowadays with proper representation y'know? And I hope my lists help you find your next fave show/movie.

More stories from Jay,when I write and writers in Pride and other communities.