by Angela-Grace Foster 2 months ago in health

and what’s the difference between these anyway? 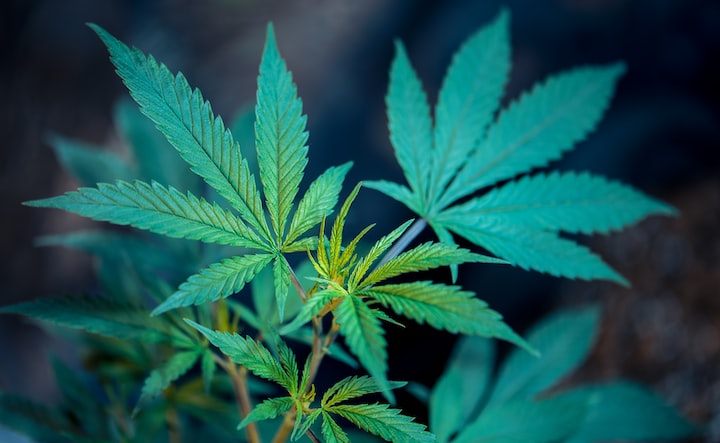 Photo by Roberto Valdivia on Unsplash

Like most people in 2020, you have probably heard amazing things about Cannabinol (CBD) such as that the compound found in Hemp Cannabis as well as marijuana cannabis, has a myriad of health benefits. Every human, and many animals, have something called an endocannabinoid system in their body. I think a clear way to explain what this is, is to visualize an electrical wall outlet. To do its job, the outlet needs a plug. And the electrical outlet was an invention made to create a solution to- well you guessed it- transfer power. The human brain is similar in that we have a system set up in our bodies by something or someone (some say God, some evolution, and some say it’s all just by random chance), and this system is stimulated by the cannabinoids found in cannabis. In a way I guess you could say that consuming the plant is like “plugging in.” In my opinion, cannabis as a plant medicine just makes sense. Us and cannabis are like peanut butter and jelly!

Personally, of the most profound positive effects of CBD is a decrease in anxiety, and I’m not alone. Millions of people are ditching their pharmaceuticals for this miracle compound as it treats a number of health problems like seizures, anxiety, PTSD, sleep disorders, etc. My hope two years ago was for cannabis to become legally available to the general population, and I was pleasantly surprised when Trump passed the 2018 farm bill, allowing Hemp to be legal in all 50 states, so long as it contains less than .03% tetrahydrocannabinol (the psychoactive compound found in marijuana) more popularly known as “THC”. THC has many healing properties of its own, most of the same list of health properties as CBD. I am hopeful for a future where marijuana will be available to all people in the United States, and eventually globally so that as many people as possible can benefit from this plant medicine.

cannabigerol, or “CBG” is a compound that has just very recently been cast in the spotlight for similar reasons as to CBD, THC, and their healing properties. It is one from another long list of cannabinoids discovered, and can greatly benefit people like me who suffer with PTSD, Anxiety, Chronic Pain, etc.

in closing, I just want to say-

Give Cannabis a chance.

But first, consult your doctor. Some individuals can have adverse reactions. I am not a medical professional, just a passionate advocate for marijuana legalization.

we live in an organic matrix converging real and artificial dimensions.

See all posts by Angela-Grace Foster →