by Kit Olsen 2 years ago in social commentary
Report Story 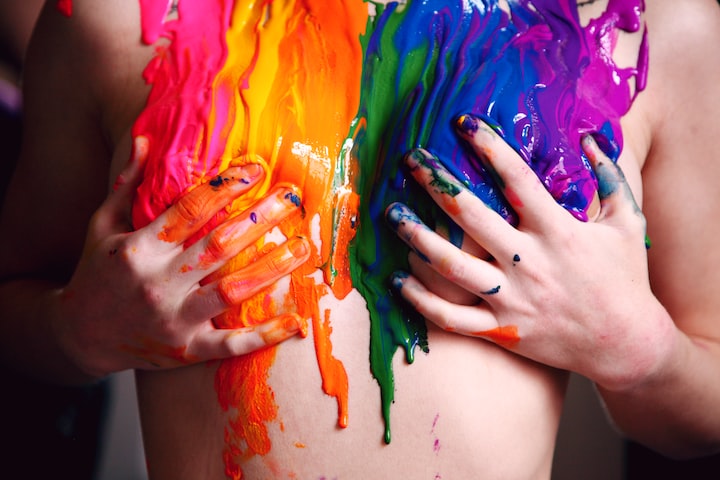 She stared in the mirror unhappily, glaring at faults and fears and failings all in one. The leotard clung too tightly to her stomach. The tights chafed at the thighs. The joy of dance, the ecstasy of movement faded. She was not built for this profession.

The dressing room was full of giggling and gossiping girls. She heard them snicker as she left. She had no friends among them. It was as if they knew she wouldn’t last long here.

She was only ten.

The dentists and orthodontists said they didn’t know if braces would work. The overbite was too extreme, she barely had a chin. As she grew, she would have tension and pain and would be unable to chew. These specialists suggested surgery; to break the jaw, to add in extenders, temporary pain in extreme, but a quicker turnaround. Her mother said, try the braces.

For seven years her teeth were caged in wires, jaw yanked around by gear that wrenched and ached and pulled without respite.

She still barely had a chin, when the wires came off.

She had her grandfather’s nose, so they said. It looked far better on his angular, masculine face than it did on her small, round one.

She stared in the mirror, poking and pressing and prodding, trying to see what it would look like as a button, or flatter, or with a smaller turn up at the end.

She found her father’s stash of Hershey’s kisses hidden away on the top shelves of the cabinets. Her mother had eliminated sugar again, not just from her diet, but from everyone’s. After all, it wasn’t fair to her sister, whose medically recommended diets couldn’t handle complex carbohydrates. She climbed on top of the stool that was too tall to balance on safely, stole a handful, and retreated to the bathroom, shoving her face full of the sweet chocolates.

She didn’t hide the wrappers well enough. A confession was made. Shame filled her, and she cried.

The simple diet led to change; for once she found comfort in her own skin, found life in the mirror, found acceptance in the form she had. The growth spurt hit soon after, as puberty caused new shifts. Her mother took her shopping, for the first time, in the juniors section. She was left alone in the changing room.

She admired the fashionable t-shirts, slim fitting, but easily covering everything, and added them to the cart before they left. At home, she modeled them for her mother, who stared. Her mother picked apart each inch of fabric that clung to newly forming curves, lecturing on the importance of modesty until the girl’s cheeks burned red. She rolled the shirts back up in the bag and gave it back to her mother, with the receipt and a letter of apology for violating her trust.

She stole more candy that night.

She scrawled in her diaries about how 127 was too heavy.

She cried when the freshman fifteen grew to a freshman 20.

She admired her body when pneumonia left her a skeleton.

She dreamt of walking into traffic when the scale leapt to 165 in recovery.

And all the while they watched and they made their commentaries. “You look so good!” “You’ve put on some weight.” “You look so strong!” “You’ve really filled out.”

She listened and smiled, shaved her head and shattered her mirrors.

Sexy is every bit as good as beautiful, right?

She doesn’t feel beautiful. She feels powerful. And so fucking lost.

Now, They are They.

They hide their mirror on the backside of the bedroom door, and keep that bedroom door open to let the light in. They piece together outfits by memory and visualization, only checking to see how they look on alternating Wednesdays. They meet no one’s standards but their own.

They smiled when they saw that there was no mirror in the bathroom of the shitty apartment they moved into. When they want to put in an effort to look one way over another, they bring their phone in, using the phone camera to reflect the made-up images back at them. They contour in squares, or in angular hearts. They wear skirts and flannels and boxers and corsets as it pleases them.

The scale sits mostly unused in the corner.

They barely have a chin, though their teeth are straight. They have their grandfather’s nose and curves that won’t go away. They contemplate surgery to remove their chest, imagine running half-marathons to slim out the thighs that still chafe together. The men’s jeans are, however, far more comfortable.

They eat broccoli and stuffed crust pizza with equal zeal.

They no longer see their mother. They cry out of shame far less frequently.

Some days they look in the mirror. Some days they stand on the scale. They stare at the number, stare at the figure, take stock and reconsider. They’re not handsome, nor pretty, nor beautiful, nor sexy, nor hot. They have a body that stares back at them and judges.

Then they open the bedroom door again and let the light flood in.

More stories from Kit Olsen and writers in Poets and other communities.