by Miss Ruiz 3 months ago in book reviews
Report Story 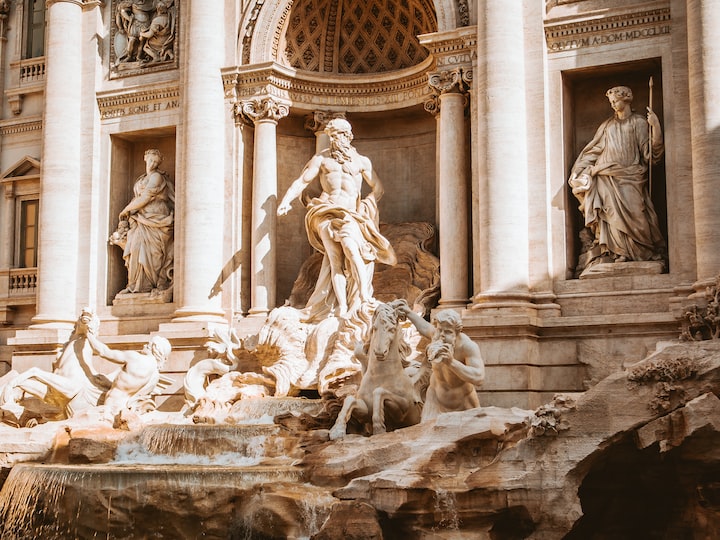 Photo by Christopher Czermak on Unsplash

Wrongly attributed to Shakespeare, the idiom "hell hath no fury like a woman scorned was adapted from the lines of a 1697 play by William Congreve, The Mourning Bride. The actual quote is, "Heav'n has no Rage, like Love to Hatred turn'd,/ Nor Hell a Fury, like a Woman scorn'd" (Congreve 3.2). Gaspara Stampa is a scorned woman with a rocky relationship with her lover.

Poem number five of Stampa's poems demonstrates the back-and-forth way she worships and critiques Collaltino. Her description reveals her conflicting views of her lover. She likens his moods and face to nature with negative and positive connotations to her diction. Stampa references Collaltino as her "beloved" (Stampa, Line 1). The first five lines make no negative connotations, referring to him with diction implying an ethereal or heavenly essence. Stampa writes,

To everything in heaven; his fair face

Is like the sun; his eyes, the stars; his voice

The harmony made by the Lord of Delos (Stampa, Lines 2-4)

Apollo, the Lord of Delos, is the god of music and dance. This fact attributes Collaltino as a direct product of Apollo's god-like abilities, giving Collaltino god-like qualities. Stampa's dedication to Collaltino's essence highlights her devotion to him in general, despite their relationship being portrayed as an unhealthy coupling by Stampa herself.

Continuing the theme of nature by comparing Collaltino to more natural events, Stampa begins to reveal her feelings of his more unpalatable moods. Stampa details, "Tempests and rain, the thunder and the lightning, / Are in his mein whenever he is angry" (Stampa, Lines 5-6). Her tone shifts as they often do in sonnets. While keeping the aura of the ethereal aspects of her lover, she manages to portray him in a cruel manner letting the reader know that his anger is something to behold. The imagery of his anger can be both exquisite and terrifying to the beholder.

Natural disasters that Stampa associates with her lover are incalculable and cannot be controlled, but Collaltino controls his emotions and, in turn, is in charge of the anger and cruelty he directs at Stampa. "His calms and cloudless days are when he wishes, / In Kindness, to tear off the veil of wrath" (Stampa, Lines 7-8). His "veil of wrath" is false and a reaction he can manipulate to extort what he requires from Gaspara Stampa. He can contain the anger that he often unleashes upon his lover, but instead of keeping that to himself, his emotions are used against Stampa. Their relationship comprised a never-ending cycle of retaliation against each other.

Springtime, the season of rebirth, is when she begins to feel his love and commitments again,

Springtime, the time when flowers bud and open,

Is when he makes my hope spring up anew

With promises to hold me in that state (Stampa, Lines 9-11).

He switches between how he treats her to lull her into a false sense of comfort and safety, keeping her coming back to him despite the manners in which he treats her. Historical context in mind, she performed her poems, and her relationship was public, at least to the arts community that she was a part of. Springtime is representative of the times when there was calm and no fighting between them, but when one or the other would express unhappiness within the relationship, it was dealt with in an unhealthy way.

Collaltino is in absolute control of her heart and keeps her in a convenient state to him because she fears losing him and her devotion to him. She writes, "He threatens change of both his mood and dwelling, / Despoiling me of al my dearest honors" (Stampa, 13-14). He keeps her in her state of compliance through his threats and anger. As a woman, she could not have much outside of her family, so her passion for him was something she could hold onto despite the pain it caused her.

Collaltino repeatedly manipulated Stampa throughout her years, as seen through her catalog of poems about him. Undeterred by his threats and viciousness, she continued writing her poems and expressing her highs and lows in her relationship. A woman scorned, Stampa had the last laugh as her side of the story is the one that has stood the test of time, and what they are both known for long past either of their deaths.

More stories from Miss Ruiz and writers in Poets and other communities.