by Miss Ruiz 5 months ago in literature
Report Story 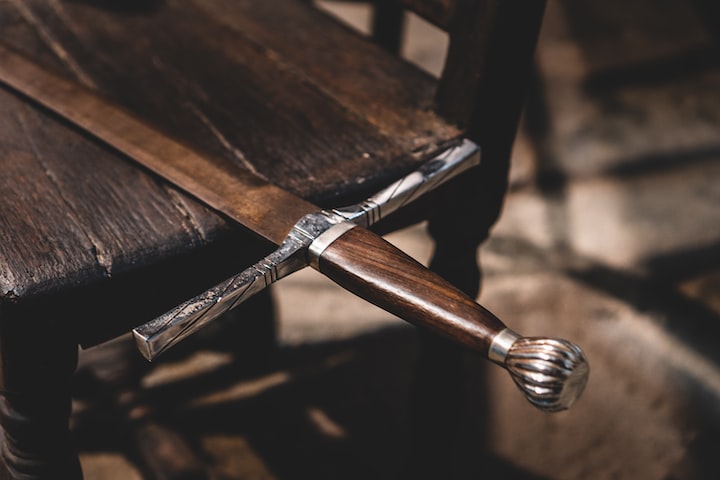 Macbeth takes the politics of the Henriad and adds Supernatural themes to create a one-of-a-kind play that is entertaining the whole way through. While Shakespeare did not initially put in the witches at the beginning of the play, they created an iconic scene that has been referenced throughout centuries of pop culture. Witches, of course, have a negative connotation as well as ghosts previously seen in Hamlet.

The three witches, also known as the three weird sisters, take the place of the chorus in this play. The three witches let the readers know that the play is a tragedy and that death is coming to the characters. The three witches’ prophecy that a man born of a woman could not kill Macbeth created an air of mystery to the drama because caesarian procedures were uncommon during the play’s period and the period that it was published.

Macbeth adds the drama that the plays of the Henriad lacked for an audience who is more into the supernatural or horror scene. Of course, this scene was lacking in the days of William Shakespeare, but it still sets Macbeth apart from the typical political drama.

Women also play more pivotal roles in Macbeth than in the Henriad. Of course, women played major roles in Hamlet and Romeo and Juliet, but Lady Macbeth’s ruthlessness takes the cake. Shakespeare gives the audience a woman with an intense craving for power instead of the fierce desire for love that Juliet and Ophelia had.

Women become the backbone of this play even though the title refers to the male Macbeth and not his wife. Yet, Lady Macbeth is the one who plots the murder of King Duncan and persuades her husband into killing him so that she can achieve a higher class. Of course, she has a mental breakdown similar to Ophelia and Juliet’s, “Out, damned spot, out, I say!” (5.1.31). However, Lady Macbeth’s delirium is the result of her own actions. Lady Macbeth has an untraditional role of not being the innocent maiden that is seen in other pays.

The other woman I think plays a significant role is a woman never actually seen in the play. Macduff’s mother is the whole reason we have the major plot twist in the play. Shakespeare never elaborates on whether Macduff’s mother survived his birth or not, but considering the medical practices at the time, the imagery of “Untimely ripped” (5.7.46), and the lack of her appearance in the play all lead to Macduff’s mother dying in childbirth. By some strange fate, her death and the birth of her son lead to the future of Scotland. Of course, Macduff’s family has to die in the process to add tragedy and character development, or else why would this man be willing to take on Macbeth.

In combination, the three witches, Lady Macbeth, Macduff’s mother were all pivotal to the fate of the leading character, Macbeth. The witches lead him into a false sense of security, believing himself invincible, considering medical marvels like a caesarian section were unheard of. Lady Macbeth, in her own greed concocted a plan to kill King Duncan in order to secure herself as Queen of Scotland and her husband King. Lastly, the unsung hero of the story being Macduff’s dead mother, who unknowingly sacrificed herself in childbirth for the good of Scotland years before the event of the play takes place.

Macbeth is my favorite of any Shakespeare plays because it is not just politics, and the story is useless without women, whether they are background characters or plot devices. I also think Lady Macbeth is interesting in comparison to the lovestruck maidens of his other plays.

More stories from Miss Ruiz and writers in Geeks and other communities.