Why You May Need a Healthy Dose of "Main Character Syndrome"

by Emily Wilcox 9 days ago in happiness

You are the centre of your own universe, you know? 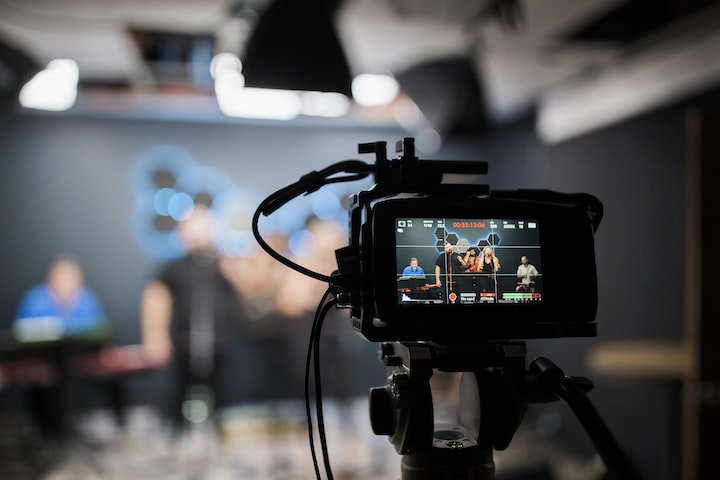 Have you ever been strolling along the biscuit aisle in Aldi, an attractive face smiling back at you from somewhere near the chocolate Hobnobs, and suddenly you find yourself thinking that's it, that's my soulmate right there, clearly smiling at me because he thinks I'm hot and he's wearing Aston Villa socks so it's almost as if my dad emailed the universe putting a request in himself. He's the one.

No? Just me? I don't believe that for one moment. Because that: that's a classic case of Main Character Syndrome. You might not have heard of it  -  I hadn't until recently  -  but it's something we all experience from time to time, without even realising it. And honestly? I think it's pretty great.

What is Main Character Syndrome?

Firstly; no you're not dying. It's not an illness or a disease or a  -  Heaven forbid  -  globally spread virus. It's nothing medical, the NHS won't cover it, it won't get you out of Phys Ed. It's like imposter syndrome, I guess. But I'd argue that it shouldn't really be labelled as a syndrome at all, because that paints it as something you do not wish to acquire but have still somehow developed, like some kind of gnarly wart or feelings for a boy. I regard it as simply a specific existential perspective, like realism or pessimism or optimism. It's how you view your life.

Main Character Syndrome  -  also known as the protagonist syndrome  -  is when: a person views him/herself as the main character in a work of fiction. Everything this person does all fits into a narrative.

Like that moment in the supermarket, when it seems as though the stars have aligned just to plant that boy in your pathway. Like the times when we're lulling against the window in the back of the car, streetlights blurring as they pass, our breath fogging up the glass as we mime along to the radio - the star in our very own little music video. Like a stranger who strolls past us on the pavement, a tiny smile playing at their lips as our eyes meet and you can't help but wonder; what do they think of me? What do I look like to them? Have they noticed the peanut butter stain on my sleeve? Can they hear my heart thudding? Will they still be thinking about me this time next Thursday? Though we don't need answers to that last one, because some innate part of us is sure that they will be, even whilst the rest of us knows that they won't.

MCS (that's not a technical abbreviation, I just can't be arsed to type it out again) is quite simply us thinking that we are the focus of the planet, that all eyes are on us, that all attention is directed towards our choices and our actions, alone. Whether intentional or otherwise, main character syndrome elevates our status in the world.

And sure, you can see why some brand it as narcissism because you consider yourself the central theme within your life's movie. But can't that be said of any act of self-care? Feeding yourself is narcissistic, cutting your nails, adding to your pension, buying a bumbag (aka fanny-pack. Neither are great names, let's be real)  -  they're all acts of narcissism in some sense. That doesn't make them bad. That makes them human.

Why MCS is Good for You

And that's okay! That's normal. That's the definition of being human. We already know this, we live this and we need to redefine what selfishness means. We're not outwardly disregarding others because of this. We're still good, kind people. We've evolved into being able to look out for ourselves whilst doing the same for others, too. Humanity is a species that thrives best when together. It's just that we can only truly protect and nurture others once we've taken care of ourselves.

MCS is the ideal frame of mind in which to do so. By slipping into the protagonist role of your own life (which is the only role you are destined to play), it allows you the opportunity to make sure that life is playing in your favour. The same way all the events of a movie seem to occur at the exact right time in the exact right place for the main character, the same can be said of every day of your life  -  if you choose to see it that way. If you choose to perceive everything that happens to you, everything that's out of your control, as a scripted act written in to nudge you towards something better, or to steer you away from something worse. If you choose to make decisions that lead up to an exciting climax or a thrilling new chapter. If you choose to make your life a bestseller.

With an MCS mindset, "friends [become] supporting characters," who are there to see you succeed, "strangers are background characters," whose thoughts and opinions should in no way become obstacles to the progression of your story, "and the villains are those who get on your nerves." And we all know what happens to villains in the end. Good always wins, right? (Just don't watch the horror channel).

Let's say that your train breaks down on your commute into work.

Not for a main character it doesn't. This would be the part of the film where a lighthearted ballad begins to play softly in the background as you peer out the window and onto the expanse of fields rolling out from below. You realise, as the protagonist, that this is an opportunity to reflect on the decisions that have led you here. This a chance to strike up a conversation with the red-lipped lady sat opposite from you. Perhaps she's related to Matthew McConaughey. Maybe she'll become your future surrogate. She might even take you for sushi. If this were your movie, then you'd notice something exciting happen, listening out for hushed whispers in the seats behind you or a tenner poking out from the fold up trays. Main Character Syndrome means you make the most of the moment, you learn from it, you look for joy within it, maybe even start chattering away in your head to an imaginary audience as you narrate the scene as it unfolds.

MCS allows you to not waste a second of your life. To turn every moment into a story.

What Happens if You Overdose

It's common knowledge that if we lounged in the sunlight for half a century or if we drank six bath-fulls of water or if we decided to only breathe in, but never back out, then yeah, we'd die. Well we won't if we go a little overboard with MCS, but we'll certainly become pretty annoying. If we take our Main Character Syndrome too far, our lives will become too one-dimensional. We'll become self-absorbed, self-obsessed, so self-aware it'll slip into delusion. It could even manifest in the following ways:

Or it could even become something as irrational as the development of a persecution complex. Which is described as:

"Having the feeling that someone is following you, watching you, and plotting against you all the time. Every time something does not go your way, like your wallet is missing or you missed an exit on the highway, you attribute it to someone, you may not be sure who, trying to make your life difficult."  -  Kristen Lundsten.

Embracing too much Main Character Syndrome can ultimately transform into potent narcissism or even paranoia. And that's no bueno.

But honestly? I think that's less about the MCS and more about the way in which we enact it. A good movie does not fixate on a protagonist who cares only for themselves and lives as though the entire world exists to either enhance or ruin their life. They don't think everything around them is there for their own use. They simply get on with their lives because it's their lives and that is all they are in control of. They make the most of each situation and they use any past mistakes or hurdles to propel them somewhere better because they know that, in the end, it'll all work out for the best. But only because they have continued to be their best, to be kind and helpful and determined throughout  -  in order to reach that finale.

Essentially, the healthiest dose of Main Character Syndrome is this: realise you are the centre of your own universe, you are able to align your own stars, rearrange planets and beam brightly across the cosmos.

But you must also realise that every element surrounding you is there to be cherished, not manipulated. Be kind to them. Look out for them, as well as for yourself. You tether everything, you hold it all in place, it is your job to make the most of all that is surrounding you. A little MCS in your life does not mean spotlighting you and you alone. It means the entire stage is lit, a high-budget, VIP access premiere is about to begin. And you're the star  -  which is true of everybody else, within their own lives.

So next time you're in Aldi, linger by the Oreos for a little while. That beautiful freckled boy who wheels past you might not have been lured there by the stars, he might not have been cast specifically to fulfil the role of your soulmate  -  but maybe he has? Maybe he's thinking the same thing about you?

You won't know until you grin right back and ask him.

See all posts by Emily Wilcox →