The Benefits Of Writing Haiku 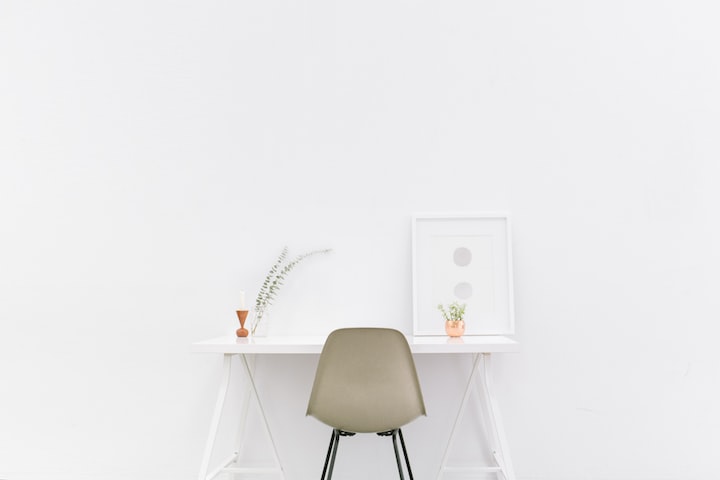 Photo by Bench Accounting on Unsplash

So, if you’ve been on Vocal for a while now (or at least since November ‘22!) you may have noticed, what Mike Singleton - MikeyDred lovingly refers to, as the “Plague of Haiku.” Since November, Vocal has announced three separate haiku challenges, the most recent one even being the chance to write a “Quadru-Haiku.”

Why such an emphasis on haiku?

It wasn’t until I’d written 6 entries to 3 different haiku challenges (9 haiku in total) that it dawned on me:

Maybe these haiku challenges are Vocal’s way of helping us all become slightly better writers.

When I read back over my first entry to the haiku challenge, compared to my most recent one, I was able to see how much stronger each challenge made my writing. But it was only because of Vocal’s Top Stories, and the other writers on Vocal that any of those learning curves even happened in the first place.

When I entered the first challenge, all I knew about haiku was that it required three lines and 17 syllables, broken down into a 5/7/5 syllable format.

It wasn’t until the announcement of a second haiku challenge, and Scott Wade’s Top Story, “The Anarchy of a Haiku Challenge” that I learned about kigo, kireji, and the aha! moment, all iconic of a haiku.

After that, I slowed down while writing. I chose and measured my words more deliberately. I took some time to research and read more haiku.

Each running attempt at writing a haiku felt a little more fun, the more I learned the rules and leaned into them.

The process made me think of a different Top Story titled, “Why I’ll Never Win A Challenge” from around the same time the second haiku challenge was announced.

(The article is a great read, and I highly recommend checking it out!)

In the article, it’s emphasized that the writer usually tries to subvert expectations by looking for creative loopholes in the challenges/prompts.

As someone who has done this many, many times themselves, that part of the article really caught my attention.

It made me realize, when everyone tries to subvert expectations, we often end up writing different versions of similar loopholes. We all want to stand out from the judges, catch our readers slightly off-guard, or be considered original. The beauty of a challenge, though, is to see how creative you can get within the confines of a prompt.

There are no loopholes with a haiku.

You have to follow the rules to get the desired result for it to even be considered a haiku in the first place.

And as I explored more haiku, I started to realize the beauty in that.

So why the emphasis on haiku?

But, personally, I’m grateful for the chance to work on these aspects of my writing. Economy of language and knowing your audience (aka: following the rules and guidelines set out by your audience - in this case, the Vocal+ judges) are two useful skills for any writer to have. For me, the haiku challenges provide a fun, safe place to playfully tone these writing muscles in a new way; a small, personal mental gym with shiny new equipment.

Above all, though, I’m excited to see how writing so much haiku will translate into future approaches to fiction.

For me, I've found myself slowing down while writing, choosing my words more deliberately, playing within the confines of the prompts more, and learning how to incorporate new aha! moments.

How do you feel about writing haiku? Have you found any benefits?

More stories from sleepy drafts and writers in Motivation and other communities.