Why Do Some People Step Up In a Crisis When Others Step Back?

by Brian Knowler 15 days ago in success

How Does Leadership Show Itself During Times of Chaos?

It is safe to say that we are living through a time of tremendous uncertainty, battling a faceless enemy who is changing minute to minute. It is the first truly mo dern global crisis, facilitated by the speed and convenience of travel and fed by social media, traditional media, and elected leadership.

Or elected managers, in some cases.

Strong, empathetic, and honest leadership is what will help get us through this crisis. Yes, we all have a role to play, but ultimately much of the response will be driven by those who we have chosen to lead us.

Or manage us, in some cases.

Leaders need to appear human and relatable in the midst of chaos; people tend to be more amenable to those in power who are demonstrating that they understand the situations of those they have the privilege to lead.

Or manage, in some cases. (I trust my point has been made. Most leaders can be good managers as well, but very few managers make good leaders.)

What's a Leader to Do?

The differing responses to COVID-19 across the world have been astounding to watch. As a student of leadership, I've variously been thrilled, shocked, appalled, or confounded by decisions that are being made; more to the point, I've run that gamut of emotions over how these decisions are being conveyed to citizens.

A leader's role in a crisis is twofold:

1 - say something about the crisis;

2 - do something about the crisis

Those you lead NEED to hear from you in a critical situation. Silence is not golden at this point. They need to know that you recognize the crisis, that you are stepping up to take charge (or putting people in charge who know what they're doing,) and that you are going to be decisive when needed.

Then you have to make those decisions and make them a reality. This is where many people 'But...' and "What if...' themselves directly into inaction. There are few things more disheartening than an indecisive leader.

No one is demanding instant action. Indeed, in an environment such as the one we're currently living in, slow, measured response backed by as much information and data you can accumulate from your team is a very reasonable course of action.

The key is make a decision with the best information you have at your disposal, in good faith, then let the chips fall where they may. Then you fine-tune it as it progresses, until it's time for the next decision.

The possible trap here is another example of manager vs leader. A manager will often KEEP accumulating data and information, hoping for one of a couple things:

- they will eventually be able to spew all this data back out in an effort to sound on top of things (i.e. bullshit baffles brains);

-the crisis will pass without any critical decision needing to be made;

-someone will get tired of the wait, step up, and start making decisions for the manager or in their place. Managers love this, because then it gives them a scapegoat if things go wrong.

Leaders know that every decision they make will have repercussions. Sometimes things work out to your favour and other times they don't. The point is, you took action and made a decision instead of fence-sitting or laying blame or pretending that nothing is wrong.

That's what a leader does.

Over the next few weeks, every few days I'll discuss a larger aspect of leadership during times of crisis - communication, taking responsibility, showing vulnerability, talk vs action, and so on.

This is a fascinating time in history for those who are willing to watch and learn from what is happening around them every day. As I wrote in a previous piece, there are opportunities for growth and development even at this time of disarray and disorder:

I'm looking forward to making lemonade out of this particular set of lemons. Why not join me for the ride? 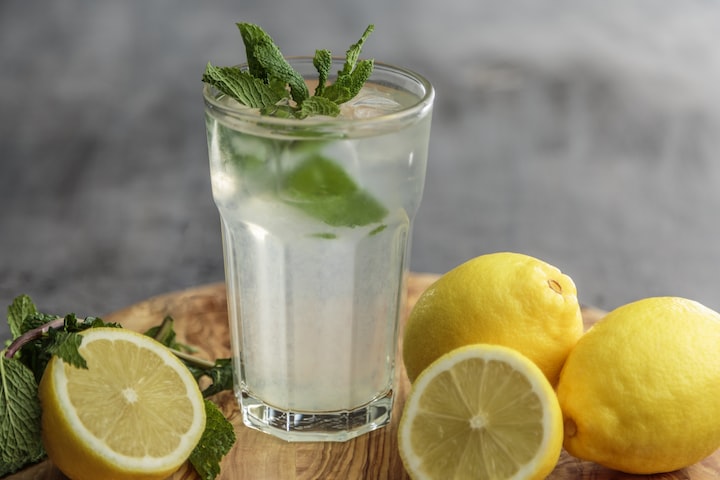 Brian is all about balance.

Balancing the PTS that derailed him for a decade with the growth it led to.

Balancing black and white and living in the grey.

See all posts by Brian Knowler →