Why are you Still Climbing the Corporate Ladder?

by Loryne Andawey about a year ago in happiness
Report Story

A little piece about knowing your worth 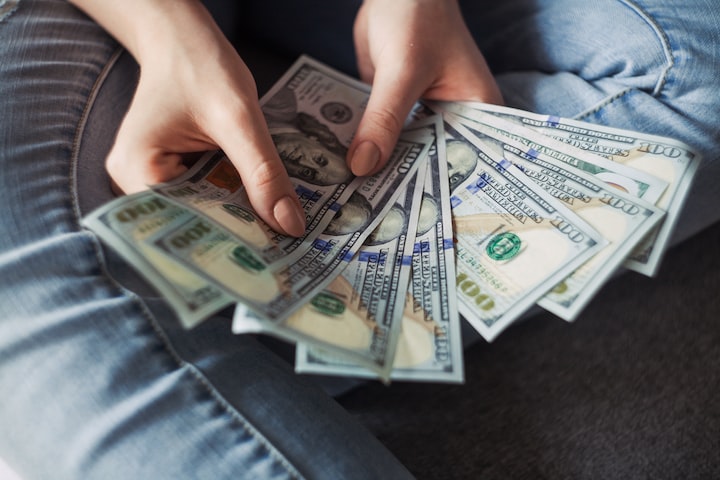 My sister works in a tech company as a customer representative. She reaches out to customers, prepares RFPs, demos products and, in pre-Covid days, wined and dined with potential customers. Her knowledge, charisma and professionalism attracted Canadian Colleges and Universities to sign on with her product.

Her boyfriend used to work as an executive in a Fortune 500 tech company and knew what those skills were worth. When he learned how much she was getting paid he was aghast. According to him there are kids coming out of University making a minimum of $67k a year doing less than what she did. With all her skills and experience she should be making between $75k to $90k.

Of course my sister thought he was being biased, but he went full business on her and shot that down. He was ready to connect her with C-Suite executives in other Fortune 500 companies. But my sister balked.

It's an easy message to hear and say, especially when applied to relationships and self-esteem. It’s also something we like to say when we think about our salaries. We take a look at what we’re being paid, compare it to what we have in our bank accounts, and declare that we are definitely worth more than X amount a year.

But when faced with a number much higher than our current rate something strange starts to happen. Some of us look at it, get excited and set out to grab the salary with both hands. Others look at it and pause. Shouldn’t there be another step they need to take before they make that much? Don’t they need to acquire certain skills before attempting the leap? Are they prepared to perform at that level?

The more these people look at the salary, the more they begin to doubt. Don’t get me wrong. These people truly believe they are worth $75k to $90k and there’s a good chance they are.

They just don’t think they’re worth it right now.

But then a smartass invented an elevator. A jackass built it beside the Ladder. And then a f*ucking asshole came along and added glass windows.

Suddenly, the ones who were climbing the Ladder saw people zipping past them and “stealing” their promotions. These people were younger and more educated, but without the loyalty or experience they “should” have acquired after a five to seven year climb.

The people on the Ladder cried foul. (Actually, they cried out nepotism, cronyism, racism, sexism, etc.) And while that was true in many cases, the law and the world began to change.

The rise of technology and the birth of new skills changed the way work was valued. Results became worth more than time and certain skills became worth more than others. Those who figured that out faster rode the elevator sooner. They might “put in the time” to gain the necessary experience or freelance to build their portfolios. But not for minimum wage, and not for five to seven years.

Today, companies are looking for people who can give them an edge. They want people with skills in technology, sales, internet marketing, business analyses, etc. They want people who are not just quick to learn but continuously learning, who can bring new ideas to the table instead of repeating obsolete strategies. While there are companies out there who play favorites or use discriminatory hiring practices, the companies with the sharpest edge (think Apple and Facebook), hire the right people.

And the people they hire know exactly what they’re worth.

What does this have to do with my sister or anyone in her shoes for that matter?

But here’s the thing.

You’re not supposed to climb the ladder.

When I first started my career I was making $15/hour without benefits and I was responsible for my own taxes. Now, I’m making $60k a year with a plan to reach $75k in two years (I also have dental and I just got my T4). It took me five years and eight months to get to where I am.

But it shouldn’t have.

For one, I should not have stayed more than a year in that first job, and two, I should have built my skills up sooner so I could move faster.

But most importantly, I should have known my own worth.

I didn’t, and every time I looked around for something better I was always discouraged. The job descriptions were intimidating, I did not have the right amount of experience and the salary, though nice, was more than I thought I deserved. So I advanced incrementally, worked steadily and told myself I should be happy. It was only when I faced certain unemployment that I realized the cost of my timidness. How playing safe held me back. How shrinking my value shrank my confidence and bank account. How that $10k raise could have been mine had I only had the courage to leap for it.

Don’t let this be you.

If you are looking at making a move and are getting intimidated by job descriptions and salaries, take heart. You are far more skilled and experienced than you think. Chances are you already got more than half of what the employer is asking for while the rest can be taught during training.

As for advancing your career during Covid know that I’ve done it, which means you can too. Don’t let circumstances dictate your worth. Instead, grow your skill set regardless of your state of employment. It will only make you more valuable and put you in a better position to negotiate that salary.

And when it comes to salaries, do not hesitate to jump for it. If you know you’re worth $5k, $10k or $20k more than what you’re getting and you have the skills and track record to prove it, get in the elevator. You do yourself no favours playing small and climbing the Ladder will only slow you down.

It’s such an easy thing to say but so complicated to do.

Now go ahead and get it.

More stories from Loryne Andawey and writers in Motivation and other communities.