by Bree-AmeSG 2 months ago in happiness 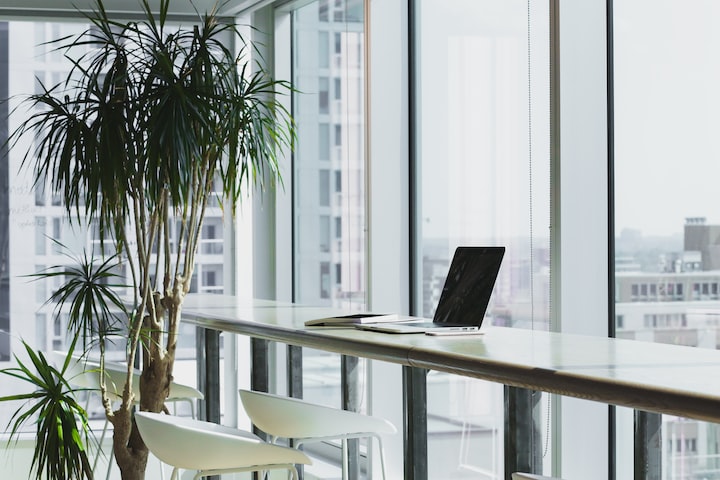 Photo by Alesia Kazantceva on Unsplash

Emelie had just quit, in the middle of the day, from her office job, after three years of service, and the downright disrespect that had just come out of her managers mouth, she knew that she had to move on, for the sake of her family, friends and her own health; Emelie had had enough of the place, treating her as if she was nothing and no one, thinking that she had nothing better to do than just work all day and all night long and completely ignoring anything that she would ask for, which would have made her job and her colleagues a lot easier and less stressful. Emelie’s manager, who was over twenty years older than her, was a complete and utter nightmare to work with, disrespectful, unforgiving and had no sense of empathy, compassion or solidarity with his staff.

It had been a long time coming, so many small things niggling away at her brain, that just mounded up, over the past year and a half, that today’s incident had just been the final tipping point that she needed, the sign that she had completely finished with that place. Emelie’s manager, Marcus, had just made a very disrespectful and downright wrong comment about Emelie’s recent leave; Emelie had to go back to her family’s home, in Germany, for the funeral of her Great Aunt Marina who had lived there her entire life. Emelie had lived there every summer during her schooling years, travelling between Scotland and Germany for her whole childhood; Marina and Emelie had a very beautiful relationship, since Emelie had no grandparents and only her mother left, Marina was pretty much all she had who could teach her things that only a grandmother could. And now she was gone too, but with Marcus making such the horrible comment, Emelie could not handle it anymore. She finally cracked and screamed at Marcus, in front of the entire floor of her colleagues and superiors,

“How dare you speak to me that way? What gives you the right to say how I grieve for one of the only people I had left in my family?” Emelie’s face had turned bright red, and she was visibly shaking from the sheer hatred and anger towards her, now ex-, boss. She began packing up her things into a little brown box, that had been emptied after being used for paperwork the previous week. She just couldn’t believe that Marcus would actually go that far, she knew that he was a horrible person, but she couldn’t have guessed he was that bad.

It took less than twenty minutes for Emelie to pack up her desk, collect a couple of things from the staffroom and kitchen and get out to her car, she put her things into the car, locked it up and went and handed her key and passcodes into the front desk. The receptionist, Ellisa, was sympathetic and very sad to see her go, but completely understood and admired the bravery that Emelie had shown to stand up to Marcus’ horrible ways and to leave midshift, midproject and with nothing for her to fall back onto; but Emelie was done with everything that place had done to her ever since she started.

“Ellisa, thank you for being one of the only nice people in this place, and I hope that you can get out before it’s too late. Goodluck and keep in touch.” Emelie told her only friend; it was hard to say goodbye to Ellisa, knowing that she was leaving her behind, but it was such a relief to never have to step foot in that building again, Emelie asked Ellisa to have her final pay check and any paperwork to be sent to her home address and said goodbye, walking triumphantly out of the front doors, not even looking back to watch them close.

Emelie drove as fast as she legally could from that building, smiling and feeling the hatred, frustration and stress melt away as she got further and further away; by the time she got back to her mothers house, where she had planned to stay for the weekend, she was ready to get back to work, just where she wanted this time. She was free to choose where she could go, or even start up her own place if she really wanted to, she had the qualifications, experience and knowhow to accomplish anything.

“Mum, are you home?” Emelie called as she opened the front door with her key, there was a gentle sound of music coming from upstairs and the smell of bread and cookies filled the air which without words answered her question. She headed up the staircase to the landing and knocked on her mothers’ door. She heard a light yelp, and then the door opened, her mother was exhaling deeply and smiled at her daughter.

“You scared me; I wasn’t expecting you until later. Did you finish work early?” Mother asked as she calmed herself down after I had scared her.

“Sorry Mum didn’t mean to frighten you, I didn’t finish early, I quit. Marcus just hit to final straw, and I just left. He made such a horrible comment about Aunt Marina, and I just lost it, but it was a long time coming, I needed out and that was the final sign that I needed to do it right them and there.” I told my her, she frowned slightly at the mention of Marcus and what he had done, but then smiled in agreement with my decision; we sat on her bed, talking for a few hours before deciding to go downstairs and eat a couple of cookies that she had made during the day.

Mother had invited a few friends over that evening, those who knew my Great Aunt Marina but could not go to the funeral, to celebrate her life and remember her through good food, drinks and fond memories. The night began well and ended even better with one of my mothers’ friends, Harriette offering me partnership at her firm, I had interned there while I was studying and she had always regretted not being able to keep me on, as a paid member of staff due to having no budget, but the firm was booming and growing in clientele and notoriety every week, being mentioned in magazines, on the news and social media.

“Thank you, Henriette, I would love to work with you again, but really, as partner, you haven’t seen me work in four years, are you sure?” I asked, flattered by her extremely generous offer.

“Of course, I’ve heard a lot about your work through the industry, and I’ve seen your work out in public, it’s very impressive, my love. You deserve partnership, you work hard, you have brilliant ideas, and we would love you to join us. 20% shares, minimum, plus monthly bonus’ and many other benefits for you, which gets better every year.” She clarified, explaining in further detail how much this job would change my life. I accepted her offer and we continued to celebrate my Aunt Marina until the early hours of the morning.

What started out as one of the worst days of my life, ended pretty wonderfully.

Receive stories by Bree-AmeSG in your feed
Bree-AmeSG
Read next: 5 Morning Motivations to Overcome Procrastination