The Disease is not even a disease.

by Anthony Leclair about a month ago in goals

Alcoholics and Addicts are being deceived. 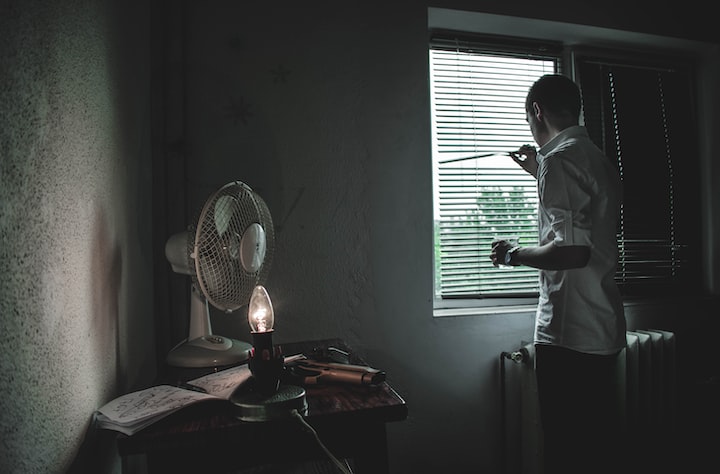 Photo by Radu Florin on Unsplash

I have been sober for over 12 years, and I was taught to follow a simple 12 step program. I did just that. I had a sponsor who has been sober for over 20 years. I was doing all these things inside a sober living facility. Keep in mind I was doing this because in the beginning I was just trying to survive and not be homeless again. As time went on, they also suggested I go to meetings and talk about my problems with others, who I call strangers with no experience in knowing human behavior . They only knew what was told to them according to their 12 steps literature.

The fact is this I was not aware of the hidden lies behind these kind of self-help literatures. I only knew to just follow directions. The authors of these books which was written before 1950 was clearly out of his mind, I'll explain that later. As I was reading these books I was hoping for a huge breakthrough that would help get my life back on track.

After year 1 of staying sober off drugs and alcohol, I began to realize that everything that I was being taught was actually working, or was it just me making the right decisions and taking actual suggestions outside reading these books. I just know that something about these programs did not add up. I still found myself very unhappy when according to these books I would find freedom, I would be happy, joyous, and free. Boy! were they wrong on one end and which cause me to be very confused on the other end. I mentally did not know if I was coming or going, I just knew that I wanted a job and a place to live, even though I still wanted to do drugs and drink, but of course I did not always tell them that, fearing they would tell me to work the 12 steps again.

After few more years went by, I kept hanging on to the words that I kept hearing in the rooms "one day at a time", "easy does it", and so on. These cliches were very repetitive and they began to settle in my mind, as if it was mind control, hum? sounds familiar, almost like something you hear in other countries or perhaps even here. I did manage to get a nice job and even my own apartment which was own by a recovery-related facility. Being here in my own apartment gave me more privacy.

In the beginning of this covid pandemic had us all locked in our homes, during lockdown they called it. Here in my city, I went out a few times like most of us who needed to get food or those essential items. Because I spent lots of time at home, I began to read other books or even came across useful information on youtube that might help answer some questions about the history of these 12 step programs. Then I found a book that really opened my eyes, and wow it opened my eyes like never before.

I began reading this book and other books on my kindle which was something I love to do before I went to sleep. There was a few things that really stuck out to me as I was reading one of the books. This book was about the author who began the 12 step books and that he and others that followed him was getting high on acid while writing these recovery books. Keep in mind this author was the founder of all these 12 step or Big Book literature. It finally dawned on me why I was so confused and why I did not actually agree with alot that was written in The Big Book.

Theses so called Spiritual experience according to the founder of the big book was done when experimenting with acid trips, he would say to the others that they must go through this, I call it acid trips, another word get high to get these experience, which it states as the 12 step.

I was so beside myself, sober that is; I was trying to figure a way to get this message out to others, but I realize what good would that do, because all of them would be in complete denial and would say that these 12 steps is the only way to get sober because it has work for many years. They would all to me sound like robots who only know one way to freedom, They would be in bondage in recovery and they would not even know or if they did, they would not care enough to expand their thinking like I did.

The deception and lies we all fall for, has one goal and that is to pass it on to others so they too can walk in the darkness and stumble. As I did more research, I came across the suicide rate of people who came in to these 12 step programs. Not trying to sound heartless, but those suicide was either mental health or a decision that they've made, either way, they needed actual help, not help from a author who got high off acid.

My journey continues to search out more truth about why some alcoholics and drug addicts can't seem to understand that they actually have a decision placed inside of them to actually stop doing what they do and live a better life and open their minds they are not who others say they are. We all have great potential to be better people for ourselves and others if we want to.

I have made great decisions and bad decisions all without the use of drugs or alcohol and everytime I made a wrong decision, it turns into a lesson for me me to learn and move passed my bad decisions. My life is based on every decision I make including not to drinking or doing drugs, In fact if i can be honest I have not worked any 12 steps program in over a year and for some reason I am okay, things are getting better for me.

I was born in 1977 in South America, I just started writing to help ease my anxiety and to let people know my thoughts and who I am. My mother who was in the navy raised all five of us by herself.

See all posts by Anthony Leclair →