Strong at the Broken Places

we bend so that we don't break 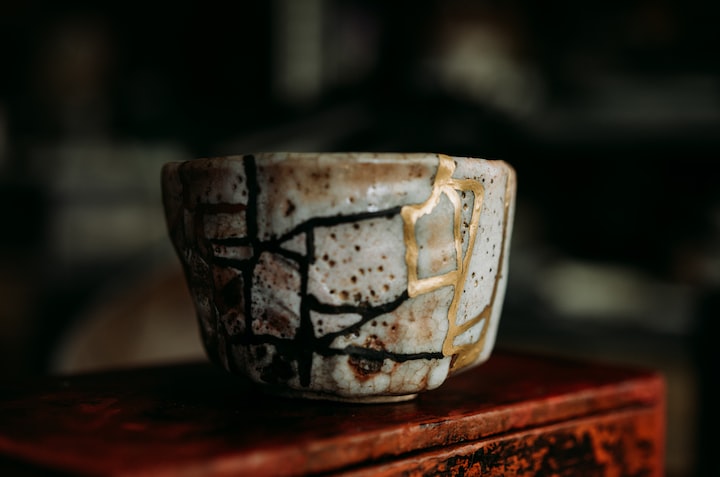 Photo by Motoki Tonn on Unsplash

Do any of you write post-apocalyptic fiction? I don’t know about you, but it feels very odd…a bit too close to the bone to write post apocalyptic fiction during the Covid-19 pandemic. Before 2020 it was just fiction and now, it’s kind of become reality (except if you’re writing about aliens or zombies or what-have-you, then that throws it back into the fiction realm, but only just). I just finished writing a post-apocalyptic fiction story that I’d stopped writing shortly after I started it in 2015, because my mom died (well, and also because I was kind of stuck too).

I finally got back to it a few weeks ago. It had been niggling at me to finally finish it. So I started to read it over from the beginning, as if I’d never read it before and it wasn’t my own writing (which, after almost 6 years since stopping it, it kind of wasn’t). I was able to look at it as a reader. And man, was it bizarre. It talked about a pandemic, and parked cars parked on quiet streets with leaves piling up around the wheels because they hadn’t been driven anywhere for days or weeks, and I think maybe there was even a mention of masks somewhere. There was no hoarding of toilet paper mentioned though, which maybe I could’ve thrown in when I finished it, for a dash of realism.

Because not only has 2020 (and rolling on into 2021) been brought to it’s knees by the pandemic but other mind blowing stuff such as murder hornets, political upheaval, riots, earthquakes, floods, forest and bush fires, and where I live in Western Canada a crazy record breaking “heat dome” a few months ago, where we reached a crazy (and deadly) temperature of 42 degrees Celsius (108F) where I live in Vancouver, not to mention the 48.9C (that’s 120F) in a village a few hours from where I live which, 2 days later, caught on fire and burned to the ground in about 20 minutes. Those temperatures might be normal for desert countries around the planet, but not the Pacific North West!

So after all these things that are hard to wrap our heads around (that seemingly have occurred one after the other) it seems more like we’ve been living in science fiction rather than real life!

At the beginning of Covid-19, I remember hearing from various circles that we’d all be learning things from the pandemic - that we’d use this time in lockdowns and restrictions and working from home to grow and change and expand our horizons. That we could channel all this pent up anxiety and stress into creative pursuits. And besides trying our hands at making homemade Sourdough bread or that frothy Dalgona coffee that was a brief obsession, the main thing that has increased, is mental health issues (understandably), and a polarization of the planet on a variety of topics that I don’t think anyone could have foreseen would ever be an issue - vaccination status on dating app profiles anyone?

But this pressure to use this so-called world-wide ‘down time’ that the pandemic has foisted on us all to make ourselves into better human beings, is a bit unfair. While some of us might channeling the next best seller, others are struggling to even get changed out of their pajamas into a suitable top to wear for their 500th Zoom meeting. And that’s totally okay. It isn’t a competition about who can come out of all this with the most gold stars, the most accomplishments. We’ve been at this for probably far longer than any of us ever imagined and now we’re entering into what ‘they’ (psychologists and other experts) are calling ‘Covid Languishing’. We’ve hit a wall. We’re in the doldrums. We’re just over it already. But unfortunately ,it isn’t done with us. Not quite yet. So we have to hunker down, pull ourselves up by our bootstraps, continue to mask up and soldier on. We’ve survived things like this throughout history, and we will do it again.

It reminds me of that well known quote by Ernest Hemingway:

The world breaks everyone and afterward many are strong at the broken places.

So we may come out of this with Zoom fatigue and a despair at having to wear work clothes once more as we head back into offices that are outside our living rooms, but maybe, just maybe, we'll come out stronger. Perhaps battered and bruised and heartbroken, but in the end, stronger for it.

Wanna read more? Check out some other non-fiction pieces of mine below!

More stories from Caitlin McColl and writers in Motivation and other communities.