How to Stop Making Little Mistakes at Work (Or in Life)

by Andrew Martin Dodson about a year ago in how to

Learn how to focus and not [email protected]%k up. 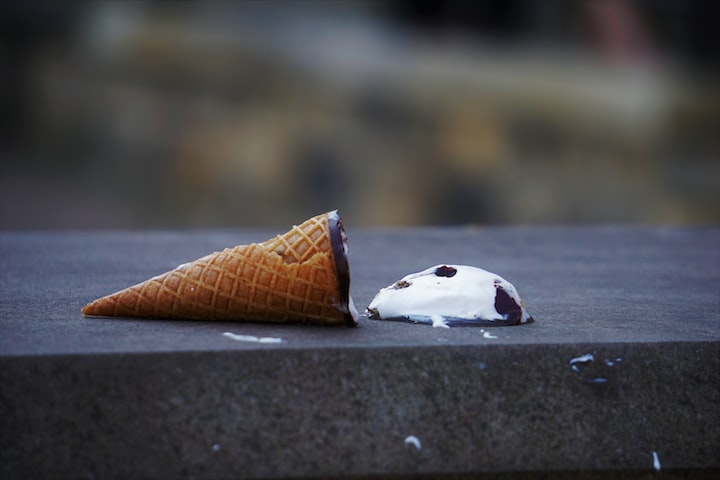 Photo by Sarah Kilian on Unsplash

Sometimes, we screw up. At work or at home. And sometimes those mistakes can leave us feeling, well, like this:

This isn’t about creating better habits. You can read Atomic Habits for that. This isn’t about getting successful and therefore rich. You can get a $10,000,000 loan from daddy to make that happen. This isn’t about any f***ing thing other than to stop making those little mistakes that haunt you in your sleep.

This is about the time I once sent an email to thousands of clients and forget to make the first name dynamic. It should have said “Dear [Insert First Name]” and instead, it said “Dear Andrew” to everyone, which I used as part of the test. Don’t ask me why I didn’t use the script I was supposed to. I was moving fast, it was stupid.

This is about the time I once sent an email to customers about how much money they saved in January, which was fine if I had sent at the end of January. Instead, I sent it for the second time in February because I forgot to change the damn template.

This is about the time I had 10 typos in one SEO product description at my first job in ecommerce.

Before we begin, here’s an exercise for you:

Great. I bet you thought about a time when a boss told you these mistakes were happening too much. I bet it cost your company some revenue.

Likely, the reason you made this mistake and others boiled down to one thing:

Your headspace in those moments.

Focus. Doubt. Lack of preparation. All things affected by a missed meal in the morning or a looming meeting with execs in the afternoon.

Like I mentioned before, while this happens a lot in business, it goes the same for relationships. Put yourself in your partner’s shoes: Every day you do the same thing. You leave your underwear on the bathroom floor.

Day 1, not so bad. Day 2, maybe you’ll still correct it. Day 300, they’re used to this. Day 1,000, they’ve snapped and now you’re dead and the subject of an episode of some “Deadly Spouses” reenactment show on basic cable in 10 years.

Erosion is real. Whether it’s in your day job, your love life, your relationships with your friends or even children.

Let’s go back to the typo incident you thought of earlier, because it’s time to do some self-journalism…

Think about everything that happened the day you--pardon my French--fudged up. Put your big ass feet back in those shoes, which probably fit better all those years ago.

Good journalists, as you probably know from every example in every movie, ask 6 key questions when pursuing a story: Who, what, when, where, why, and how.

In this case, ask yourself this:

Not every question is going to be the same for everyone but the point is the same no matter what you’re asking: Pinpointing the specifics of your headspace on that day with “the 6 questions” is a surefire way to get there.

You made your typo. You lost your company money. You were reprimanded. That morning, you got into a phone argument with your mother (Who). An afternoon presentation was preoccupying your brain (What). You woke up late and were unable to exercise (When). The mistake appeared because all of these things put you in a crap mood (Why). The mistake occurred on your commute into work because the email was due for customers first thing and you were running late (Where). You realize had you woken up early and given yourself the time to have a nice morning, you might have gotten to work on time and would have been in a better mood (How).

I realize these are very convenient results. Obviously, if you were in a better mood, you would have been able to prevent things. Also obviously, you can’t change the past and don’t want to have to commit more mistakes just do some exercise a professional mistake maker told you to do.

But it’s important. Your past informs your future. Avengers: Endgame taught us that.

You’re probably wondering then how to apply retrospection to your future. Here’s your path to perspective.

Anton Ego (the critic from Ratatouille) said it best: “You provide the food, I’ll provide the perspective.”

In this case, what’s the food? I can tell you the ingredients are in a little stew called "inventory." Before you start your day, ask yourself the 6 questions for your day before.

You remember, yesterday you woke up early. You were able to work out and eat a real breakfast. You felt light, you were in a decent mood. You still got into a phone argument with your mom but that’ll never change and that’s okay--you still feel good. You got to work close to on-time but remembered you prepared your day’s work the night before. You realize, This is good. I can repeat this.

(I know I said this isn't about habits, but habits play a role in almost every self-help tool. Also, this is free, so what do you care?)

An easy way to take this inventory, if we were formulate it, would be:

Ask that at literally any moment in the day and see what happens.

You can also boil everything down to the “mad libs” like sentence I’m about to give you:

The sign-off at the end is totally optional and so is that entire sentence, but you get the gist. You need to boil down your current state into one concise statement that you can move on from easily.

BUT REALLY, WHAT’S THE GOAL HERE?

Stop [email protected]#king up, that’s what. Why? Because we are often unfocused. I’ll use myself as an example.

I love to write. Hell, I didn’t have to type this up. To most people, it’s more trouble than it’s worth. To me, it’s therapeutic. Working from home, while an incredible gift, has also exacerbated my writing addiction. Gone are the distractions of a sterile office space, devoid of inspiration. At home, I am in my element, surrounded by things and people I love. I want to be creative now more than ever.

But sometimes, I wake up and I feel antsy. Writing occupies my mind. The thought that someday I could make a living writing takes over every synapse in my brain. I begin to think how that could happen. Suddenly, I’ve started working and I feel as if I am rushing through everything just to get to the small part of my day where I do get to write.

In the midst of that, I make typos and other mistakes. I forget items of my day’s to-do list for work. I get irritable when I’m interrupted mid-daydream, either by a Slack message or my own wife who needs me to change a full diaper because she has to use the restroom. A lack of focus and self-awareness is not only unfair to those around you, it’s wholly unfair to yourself.

Unfocused, I do my worst work. Unaware of who, where, why, what, when, and how I am, I am useless to anyone but my mind, which has successfully enslaved me.

So, I guess the goal here really is: Focus. Self-awareness breeds focus and sometimes, self-awareness requires a process behind it.

That’s how I focus: I take inventory of the person I am in the moment and end with a clear path to a solution. Sometimes I do it 8 times a day, at the top of every hour during work. Sometimes I do it once because it’s a particularly good day. You never know when you’ll need to do it but after a while, it becomes so easy, you barely notice it.

Best of all, I haven’t made a mistake since.

More stories from Andrew Martin Dodson and writers in Motivation and other communities.